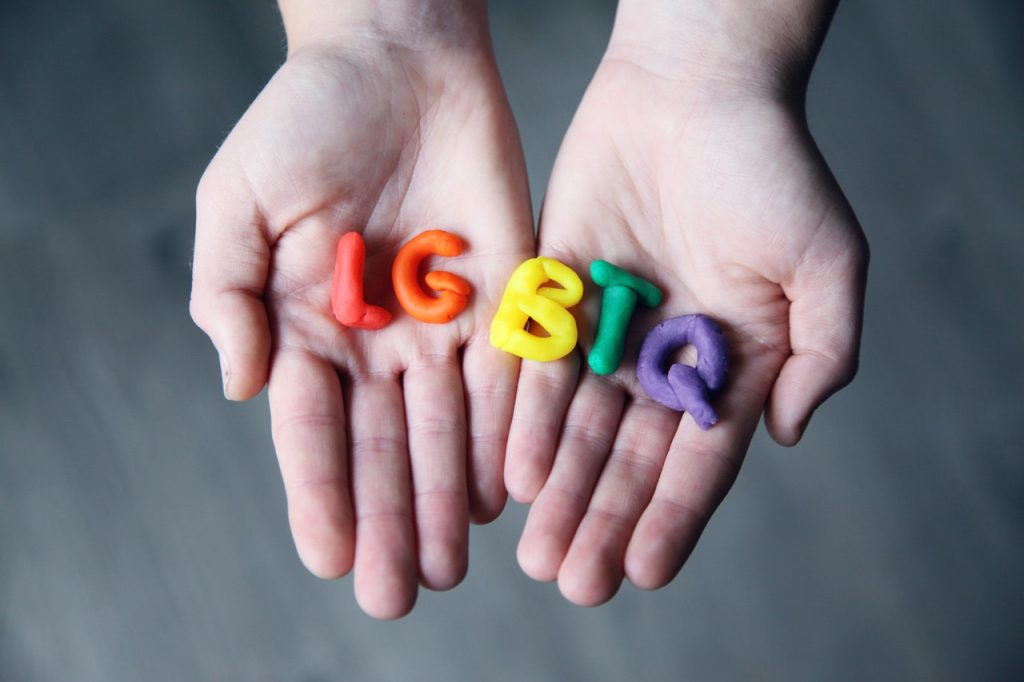 We’re only halfway into 2021, but already our cup runneth over with examples of people and organisations that have already done so much for LGBTQ+ rights. Seeing as it’s Pride Month, it only seems right for us to put the diligent spotlight on them and celebrate not only their existence but also their effort to take a stand in the face of hatred and bigotry.

The first of many examples we can include is brave little Kai Shappley, who is only ten years old but has still made such a mark on the international reaches of LGBTQ+ people and communities that it would be a mistake not to mention her. She has appeared in court and for the ACLU’s short film to safeguard the rights of her identity. This is because, like many others, she is a transgender girl living in the state of Texas, one of the 30 states [1] that has recently passed anti-trans laws. These laws include discriminatory measures such as teachers having to out students if they are suspected of being trans, and public spaces displaying signs that label them as trans-inclusive. If you are sickened by this approach to how an entire state is deciding to treat children who are trans, then that is just a sign you are still human.

Kai has been taking a big stand for those who need more representation and existence laws in order to ensure they can have the opportunities for equality. To quote directly from some of her testimonials in Texas courthouses that were discussing the passing of anti-trans bill SB 1646 along with other legislatures that would hurt more trans youth by legally denying them gender-affirming healthcare.

“I do not like spending my free time asking adults to make good choices.” – Kai Shappley

This youthful vigour and tenacity is already a clear sign of how inspirational a single person can be. Despite the statewide and almost countrywide opposition growing with each passing day, Kai is showing non-stop determination. By actively taking a public stance she is proving that, among other things, her identity as a trans girl is not a trend or a kink. There is no better time than now to consider her words, literally out of the mouths of babes, as being truthful and heartfelt.

Another brilliant example of someone fully embodying the sense of pride this year has been Tanya Compas, a genderfluid youth worker and charity consultant who is also an activist for LGBTQ+ rights (although she does retain she/her pronouns). Her presence on social media and in queer black communities is continuing strong as ever, but these origins weren’t as easy as most would have you believe.

Living in a considerably intolerant household when it came to sexuality, Tanya’s years living with her parents were met with a lot of unwanted questions from them and other family members. These stresses accumulated around family-oriented events such as Christmas, and in 2019 she found herself homeless and couch-surfing over the Christmas period. This event in her life was the springboard that inspired her to set up fundraisers, so as to benefit and bring together many others who are queer and people of colour. With the unexpected numbers that had been rolling in, Tanya has taken a strong stand for representation and identity for LGBTQ+ people who need support and safe places to exist in light of such sad instances like violence at home and parental rejection just because of their sexuality and gender identity.

Over the course of 2021 thus far, Tanya has continued in her snowballing efforts to build non-profit organisations and charities for the betterment of communities through her charity and fundraiser ‘Exist Loudly’, which has its own official Twitter account and regularly updates with events and ways people can get involved. She also uses her Instagram and Tiktok accounts to spread the word in an informative and positive way, helping others who may be closeted or in unsafe environments to reach out and be welcomed by supportive networks and friends.

“Without my friends this year, I don’t know if I’d even be here if I’m being honest. The people have held me up me and I want to give other young queer black people the opportunity to find their own support networks.” – Tanya Compas

In celebrity circles, Canadian actor Elliot Page has gone down in history as the first trans person on the front of Time magazine in March of 2021. His presence has been felt the world over, in light of a successful media career before his transition and a continued success in identity and representation.

On the 30th of April 2021, Elliot gave an interview with Oprah Winfrey, which was filmed in full and can be watched on several video sharing/streaming services. In it, he told Oprah some of the highlights and low points of his journey coming to terms with his gender identity. “This is incredibly new. I feel like I haven’t gotten to be myself since I was 10 years old.” With the knowledge that he came out as a trans man at the age of 33, this means the entirety of his adolescence and a lot more besides was an internal struggle. Seeing and hearing the open-hearted joy in Elliot’s face while being interviewed is just one of many examples why his visible presence in Hollywood and the media firmly establishes his place as an inspiration to so many others in the world regardless of their gender or status.

“In this time we’re in right now and especially with this horrible backlash we’re seeing towards trans people, particularly towards trans youth, it really felt imperative to [become comfortable with myself].” – Elliot Page

Hearing the occasional tremors and emphatic oscillations in his voice is heartbreaking. A lot of these are understandably in relation to Elliot discussing the closeted experiences during his youth, such as trying to cope with the sudden alien sensation of not even sharing physical contact with other people. He makes it clear that this transition was not just for physical reasons but for psychological reasons. Being able to live comfortably as himself has been a life-saving endeavour, which highlights the importance of such a process. The steps required to socially and physically transition are beyond cosmetic, they are an established part of somebody’s identity.

Elliot posted on Twitter later in the year to showcase what is possibly the best transition announcement after receiving his top surgery: an enigmatic shot of his body along with a large genuine grin set to a sunny backdrop. This is not only a victory for the representation of trans people but also anyone under the LGBTQ+ spectrum. Having public positive figures who aren’t afraid to take a firm stand in their identity is how the oppressed get one step closer to reaching true equality in society, not just in law, and any celebrity news that helps break the outdated boundaries of what should be considered ‘normal’ is an empowering sight for anyone who desires this equality.

Despite these three courageous examples out of the many we’ve seen in recent history, the number of LGBTQ+ hate crimes are still on the rise even in countries where the Equality Act is enforced. Additionally, it is still illegal to be gay in 69 countries despite what indifferent people say about the LGBTQ+ community ‘already having equal rights’. That is why, during this Pride Month, it is a time for celebration and positivity in the face of hatred. You are valid, loved and deserve a right to equality like any other human (unless you yourself are attacking the LGBTQ+ community, in which case you don’t deserve your human rights). Kings, queens and enbies, know your worth during this Pride Month!

“Bullying is bad. Please stop. It is never too late to turn it around.” – Kai Shappley