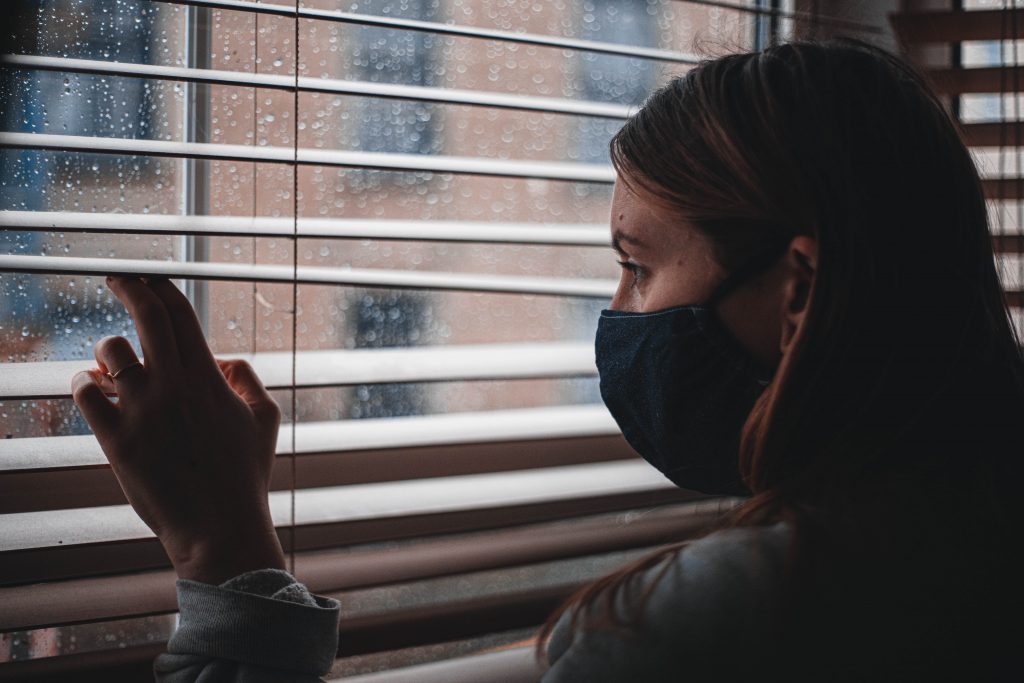 In March last year the whole world was hit with circumstances of which none of us ever imagined we would experience in our lifetime. All of a sudden, our freedom to go where we wanted whenever we wanted was gone and it was our duty to stay at home to protect the vulnerable and the ones we love from a terrible virus that was spreading across the planet at a terrifying rate. Over a year on, while it isn’t fully eradicated from our lives and probably never will be, there is light at the end of the tunnel with a vaccine now available.

Back at the start when there was a lot of uncertainty, we had to find our own unique ways to cope and get ourselves through it, some people would go for daily walks and exercise, some would get creative and take on projects around the home and some, like me, would spend their time watching films and tv shows.

This has always been something I’ve enjoyed doing when I had the time. Before lockdown my job, spending time with friends, going out to the pub and accompanying my Dad to the football on a weekend always took precedent. With all of that gone I had all the time in the world to fill and what better to fill that time with than some good Sci-Fi, Action or Comedy.

Like a lot of people, I am usually one for sticking with familiarity, and at first, I found myself re-watching British comedy favourites such as IT Crowd, Peep Show, The Inbetweeners, The Office UK. This is because I feel I can relate to them on a personal level. For example,the Inbetweeners is in my opinion the most accurate fictional telling of british school life, or at least from my personal experience of it. British comedy such as the ones i’ve mentioned can be very realistic at times and that’s why I think I can resonate with them and am very comfortable sitting down and rewatching over and over again. However, with the amount of time I had on my hands I needed more, so I began to get a bit more adventurous.

We’re lucky that this pandemic is happening at a time when most people have a variety of ways to access entertainment whether it’s through streaming services like Netflix or Amazon Prime or through being able to purchase a DVD without having to go out to the shops. It was through the fairly new streaming service BritBox that I began to get a bit more adventurous. Britbox emerged in 2017 as a joint venture from the BBC and ITV to bring the best of british tv to its own streaming platform. Over the past few years British shows have started to move from the likes of Netflix over to BritBox making it the one the best places to access British films and TV shows.

One of the shows that is exclusive to BritBox is Classic Doctor Who. I’ve watched the 2005 revived series to point where I can probably quote most it but I’d never gotten around to the classic series that ran from 1963 to 1989 and now thanks to lockdown, I’ve watched every available episode of Classic Doctor Who all the way from the 1st to the 7th doctor and enjoyed it every step of the way. What makes this show unique is that it constantly changes and “regenerates” every few series which keeps it fresh and is the reason it’s lasted as long as it has. I learnt as I was watching it that change is always daunting but most of the time you come to accept and sometimes enjoy it even more.

This was the catalyst for my more adventurous approach, I was more willing to try different things and broaden my horizons. I found myself sitting down to watch film franchises that I didn’t have any interest in or time to watch before such as the Marvel cinematic universe and the Star Wars films and enjoying them thoroughly. I then began going through the different works of some of the best directors in the business such as Steven Spielberg, James Cameron, Quentin Tarantino, Martin Scorsese and many more.

Not everything was good, the Star Wars prequels compared to the originals I found to be quite boring, with outdated CGI and they seemed to lack the heart that the original trilogy had but I enjoyed the experience of watching them for the first time and discovering how brilliant or appalling they were. It’s ok to go out of your comfort zone and most of the time it will be beneficial because you may discover something you never imagined you’d like and if you didn’t like it don’t see as a waste of time it’s all about the experience.

Discovering a passion you didn’t know you had is an experience that I like to think a lot of people have had over this very difficult year. As we eventually continue with our lives normally, I hope like myself a lot of people will look back and focus on the positives that came out of this period. I was lucky in the fact that I found something to distract me from what was going on, something as I said before “to fill the time” and it’s a passion that I know I will continue to enjoy for many years to come. If you have a passion for films and TV but are unsure what to watch, try out a couple of different genres that you feel you may like to begin with and dive in from there. You may be somebody who leans more towards comedy or you may prefer science fiction the choice is ultimately yours and there is a whole world of entertainment out there waiting for you. Happy viewing!