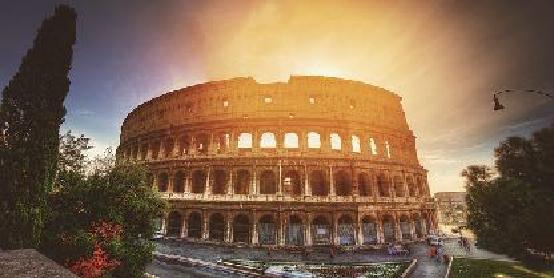 Italy is the number one most cultural inﬂuence country but how did Italy make it to the top of the list? What makes Italy number one? Italy shows its rich cultural inﬂuence through many ways, they have contributed to the worlds of art, architecture, opera, Literature, fashion, food, wine, historical cities, cars and geographical beauty. This explains why it’s a popular destination to over 40 million tourists a year.

Many travel for a real taste of Italian life. You can taste their culinary lineup in any of the 350 varieties of pasta they have and the most famous Neapolitan pizza or if you have a sweet tooth, gelato anyone? It’s similar to ice cream but it’s lower in fat and is higher in temperature, many have said the results of eating gelato is softer and has more ﬂavour. Don’t worry, I haven’t forgotten about the wine. Italy is the largest producer of wine and is known for some of the best Italian wines such as Pinot Grigio.

Of course, Italians are known for their love of coﬀee which is why Italian coﬀee is so popular as well. All over the world the taste of Italy travels.

Some important values and aspects of Italian lifestyle are their families and spending time with them, as well as their values on religion and preserving Catholic traditions, and the pleasure of eating good meals prepared with love and dedication. I feel that many of the Values they have are shown through their great set of traditions that have been passed down through history and teach the simple things of respecting and showing love to the important people in their life.

“ Family is not an important thing. It’s everything”.

A big part of Italian language is that their Gestures and body language are important in the Italian language to emphasise certain ideas. This again has been something that has passed down throughout Italian history to many.

Other examples of Italian history is “The battle of oranges,” a festival that is celebrated every year which takes place in the Italian city of Ivera. This tradition preserves the history of a story in the medieval times when the miller’s daughter cut oﬀ the head of an evil duke. This tradition is to represent the battle between supporters of the miller’s daughter and those of the duke, so the supporters of the daughter are split into 9 teams and on foot will throw oranges against the dukes supporters who are driving through the streets on carts. Other traditional events that are celebrated include a parade and a huge bonﬁre which takes place between Sunday and Shrove Tuesday.

Vespa has also provided one of the best transports for getting around Italy since 1946. The Vespa scooter, the Italian version of the UK double decker bus or New York’s yellow taxis, is an excellent example of Italy’s science and technology skills. Italy is also known for luxurious and expensive sports cars they have produced, with famous brands including Lamborghini, Maserati, Fiat and Alfa Romeo and of course Ferrari.

Prada and Armani are just two of many famous brands that call Italy home. Italy’s fashion was ﬁrst internationally recognised in 1951 and Milan is now known as the fashion capital of the world. Along with other arts, such as work from Michelangelo, Leonardo Da Vinci and Raphael, who are celebrated by the world for their paintings and sculptures in museums in Italy and around the world. The streets of Italy everywhere are made up of historical pieces of arts and architecture, including castles and churches. Rome is Italy’s capital city and its Roman history is shown in the Roman forum, the colosseum, the pantheon and also shown in the Spanish steps, Trevi fountain and of course, one of the most popular architecture tourist hotspots, the leaning tower of Pisa.

Italy has shown they have much to oﬀer and are a country that has developed and adapted to the new life we all live everyday. However they have also brought many cultural values, customs, and educational aspects from the past with them, preserving the beauty of Italy and sharing it with others.

“Cultural diversity brings a collective strength that can beneﬁt all of humanity”.