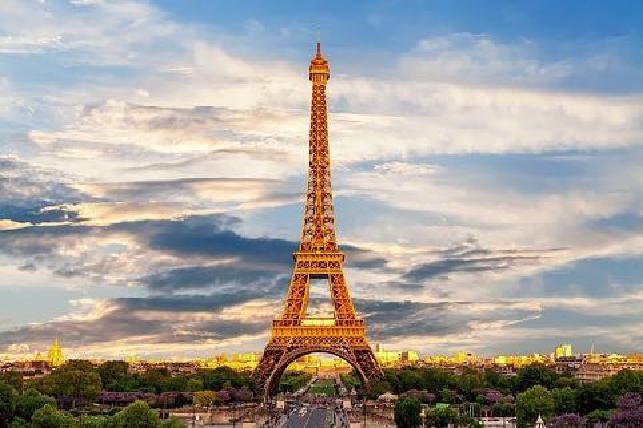 France is one of the oldest countries and its inﬂuence extends all around the world. The French culture has played a vital part in developing the world’s arts, cultures and sciences. More speciﬁcally, France is internationally known for its fashion, cuisine, art and cinema, as well as economics, science, politics and above all culture. France is also known as the most romantic country and having a strong passion for relationships, but also for their food, wine and lifestyle.

The French have helped in the world of science and technology, did you know they are the inventors of the parachute, stethoscope, metric system, canning and more? The existence of these have helped create the modern world we live in today.

French is known to be a very precise and structured language and can be a challenging language to learn. When you meet someone in France there are usually 3 ways to greet them, ﬁrstly, with strangers they shake hands. They usually greet friends, family and acquaintances with “Faire la bise” (kiss on the Cheek); “Faire la bise” is usually more than a social convention and when doing this your arms are always raised to offer each other a sign of peace and doing this with people who are not your family shows it’s a matter of trust. The third option is a simple “Bonjour” or “Bonsoir” which means hello, good morning or good evening.

The French have many interesting and unique customs, for example taking ﬂowers to a dinner party is acceptable but avoid chrysanthemums as the French associate them with death. However you should never take wine to a dinner party as this can be seen as you implying that you don’t trust the host’s taste in wine. Ice? Did you know that if you want ice in your drink you must ask as the French prefer their drinks room temperature. A very unique custom is that every year on 25th of November, they celebrate Saint Catherine’s Day. She is known as the “patron saint” of unmarried women, lace makers, milliners, drapers and crafts people. The French would celebrate this day by giving single female friends or colleagues a decorative green or yellow hat to wear as a token of good luck in their quest to ﬁnd a husband. They also celebrate traditional Christian holidays of Christmas and Easter.

Although the French eat food that others may judge them for, they do not care, as the culture around French food is considered very unique, diverse and delicious. A popular dish in France is boiled snails usually served with butter or parsley, known as a common starter dish called “escargots”. Raw oysters are a popular dish of the sea which is usually served with bread and butter, lemon, cheese and salt and pepper; if you are going for this dish it would usually be paired with a glass of sauvignon blanc. France is also known for their 365 different types of cheeses What!? I know, there are so many to choose from! But what goes best with cheese? France is also the second largest wine producer in the world and the legal drinking age is 16 years old! But bear in mind you do have to be 18 to drink hard liquor (with alcohol content over 21%). Cheese and wine – the perfect combination, right?

“Liberty, equality and fraternity” is said to be the French motto that reﬂects on the values of French society. They are said to also value style and sophistication. Family is a key value in French culture, as well as their pride in the arts and history of their country. There population is diverse and there are a few especially popular religions in France such as islam, buddhism and Judaism but the top religion is Catholicism, as a large majority identify themselves as Roman Catholic. These values show why it’s such a culturally inﬂuential country.

The French have been known for their contributions of arts throughout the world, from

paintings to sculptures to music, theatre and ﬁlms. A major attraction that attracts tourists to France is their artistic and cultural heritage with 1,218 Museums and art galleries to visit including the ﬁrst ever museum of France “the Louvre” – the world largest and most visited museum. The French also take pride in the historical beauty they have preserved and shared with the rest of the world, with over 40,000 ofﬁcially classiﬁed historical buildings and others monuments such as the Sacré-Coeur Basilica in Montmartre (free entry), Notre Dame Cathedral (free entry), The Louvre, The Eiffel Tower and The Georges Pompidou Centre and Museum of Art in Paris, as well as The Gardens of the Château de Versailles near Paris (free entry).

Fashion? There is only one place in France that speaks the language ﬂuently and that’s Paris of course. It’s known as the world capital of fashion and all throughout the streets of Paris are cute little fashion boutiques and it’s home to many popular brands such as Dior, Louis Vuitton and Chanel, so if you want a full on shopping trip you know where to go.

France is one of the world’s most modern countries in the world and sees itself as a leader amongst European nations. It is the world’s third largest economy in Europe and their main sources of economy are tourism, manufacturing, and pharmaceuticals. France is visited by roughly 200 million international visitors a year, creating around 2.8 million jobs, which is why France ranks as a leading destination for international tourism. When it comes to manufacturing, western France is known for being the main producing region of dairy products, poultry, apples and pork, as well as being the largest producers of sugar beet. Did you know? Some of the top industries in France include machinery, chemicals, automobiles, aircraft, electronics and food processing. The third main source for the economy is pharmaceuticals. The French pharmaceuticals industry is mainly working on developing and marketing drugs that are reimbursed by social security and are distributed to pharmacies and sold to hospitals and clinics. The pharmaceutical industry is also seeking other areas of possible growth, such as partnerships in research, emerging markets, exports, biotechnology, life science and personalised medicine to maintain a high economic value to France.

“France is more than just wine and cheese.”