Beans: Our Past, Present and Future

For centuries the world has relied on something very important, society looks to it for all life depends on it. If one hero can, it’s the hero in a can …

Beans have baked their way into so many hearts, not just through their delicious taste but through art, fashion, technology and science – all things which civilization is built upon. Heinz was the answer to many world discoveries in technology and science, for example the “beansawave” the ﬁrst smallest portable microwave.

From old to new history, beans have always bean there. Baked beans were once known to be a luxury item; they were used to elect Ancient Greek oﬃcials and in the 19th century the Russian army used the Greek’s method to give a conscript his freedom because… no bean is left behinz. Beans were also found in the tombs of the kings of ancient Egypt where they were left as the food for the departed and their souls in the afterlife. The ﬁrst cultivated beans appeared 4,000 years ago in the Aegean, Iberia, and transalpine Europe and they were large-seeded broad beans. Beans have even inserted their way into slang language, with popular phrases such as “cool beans” and “Chill your beans”.

They are still one of the most underrated foods on the planet but baked beans is what made England. No full English breakfast would be complete without the beans, they are the core to every builder’s breakfast. Did you know that every hour 38.5 tons are eaten in Britain?! Crazy right? There are also over 400 varieties of beans but what is the most popular bean in the world? Chickpeas is the most popular bean in the world! Beans are loved by so many that January 6th is known as national happy bean day.

What do beans mean to you, that’s the question? 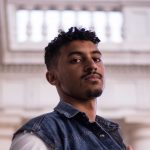