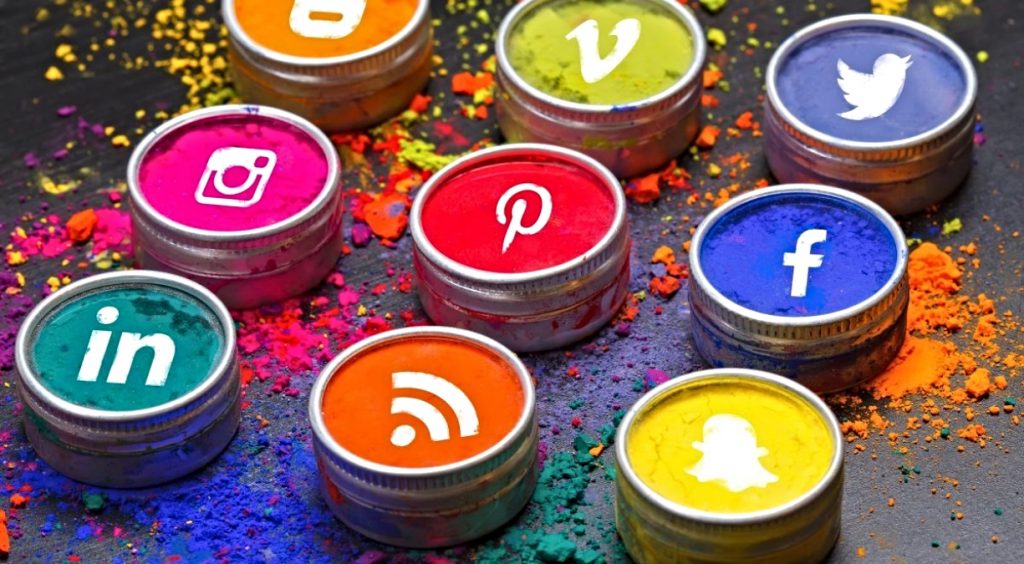 Hey, smile! You’re on social media! Instagram, Snapchat, Facebook, Twitter, and so on. We all have some sort of way into the world of technology, with so many old and new ways to stay in touch with family and friends, making new friends or even just to see the world. But how did it all start? Read on to see the unforgettable effects of social media and their humble origins.

While social media existed in various forms during the early years of the internet, a lot of it was restricted to chatrooms on dial-up internet. If you yourself grew up with this technology, then you can personally relate to the struggles. Simple, but difficult to navigate and use. But then, in 2004, the site known as Facebook was set up to reduce these difficulties with a more friendly and easy-to-use operating system. Visually it was considered “minimalist”, because it wasn’t initially meant for large groups of people.

Originally it was only made for Harvard students to communicate, like another private chat room, but as more and more people came to use it there was a surge of interest to ‘get online’ and connect with friends. Two years later it became a place for anyone over the age of 13 to register and make an account, and thus Facebook as we know it was born. 17 years on we can thank Facebook for adding certain new meanings to the modern English language, such as “wall” and “unfriend”. At the time of writing it is estimated that 2.85 BILLION people use Facebook.

In the same year, Twitter was launched. While it still could be put in the wide bracket of “social media”, the way it worked was refreshingly different for its time: a 140 character limit on public messages posted to your account, known as “tweets”. Interactions were a little different too. While direct messages were still a feature, Twitter’s concept of a tiny character limit meant the appeal to follow notable people gradually grew. From its initial launch there was a buzz about following certain noteworthy celebrities and indeed a ‘battle’ to have certain people the #1 most followed celebrity. Twitter’s impact also left the concept of hashtags, which could be added to tweets as a quick and simple way to specify a tweet being made was relevant to a conversation. Hashtags have now made their way into many other places, from advertising to even other social media sites. The impact Twitter has made is equally notable on modern social media despite being 15 years old.

Instagram was what 2010 was all about, a new social media described as the new and improved Facebook; followers instead of members, pictures instead of words all about the hashtag and likes. Still to this day Instagram is one of the most popular social media used all around the world. This type of social media is not just about the pictures and captions and the like, but also a new and great way to promote small businesses and help showcase people’s skills and talents.

In a similar vein to the Instagram technical progress, Snapchat is all about the snaps and filters. In 2011 a new way of communicating through snaps was invented along with the funny, cool and crazy filters and over the years they have added more filters and now a messaging and voice messaging area to type and speak as well as snaps and videos. Who would have thought the day we would communicate with so many would be through pictures and videos. Well now it’s a real thing.

“The dark side of social media” has already been known to the world but the question we ask is, ‘is it the tech or is it the people?’ Social media toxicity has alway been around since the first dislike on a post from Facebook, but there’s more to it than just writing a negative comment. Just as history has shown, through many dark moments in life there is always a brighter side. With one negative comment there could be 10 more uplifting ones; as social media shines through and through we do better by focusing on the positives. It’s a battle many have fought in but the battle continues to wash away the angry, the disturbing and painful and to push the happy, kind and supportive feelings we want the world to become.

“Two words. The first word is ‘unity’. And out of unity, we find ‘love’.
– Damon Albarn

Support is one of the main outcomes of social media. Not just the helpful social comments and messages from friends, but also via spreading the word for charity across a national (or even international) audience. It has never been easier to promote and donate for a charity and cause you support, and social media is one of the cheapest and continually effective ways to raise awareness. Communication allows all to do what they want and still feel as close as ever to the important people in their lives and create memories that will last forever.

Aspirations can be shared across social media with other similar people, which helps dreams and goals become a reality and also creates the best lives that many want and can achieve through these connections. Followers are more than just numbers on a screen. They are (mostly) people who genuinely are following your presence and want to be a part of your own journey! It also creates a support group and community for yourself and others in times of crisis.

“Don’t use social media to impress people; use it to impact people.”
– Dave Willis

From the more recent times of social media development, the path to what we have now has been a difficult one. Many of you likely still remember the impact Vine had even if you never used it. On sites such as YouTube there are still plenty of Vine compilations, with a surge in uploads right after Vine “died”. If you’re somehow unaware of Vine’s concept, it was simply this: 6 second videos being uploaded with no real limit on what you could cram into that tiny timespan. Comedy was reduced to a quick one-liner, funny recordings and often subversive jokes.

During the height of Vine’s popularity there were lots of memetic phrases being repeated that still last even after Vine is gone. Famous examples include lines like “WHAT ARE THOOOOOSE?!” and “It is Wednesday, my dudes.” However, the Vine developers got greedy after a while. They planned to sell it off to Twitter as a cross-platform endeavour to make more money, but this was evidently unsuccessful. Vine disappeared and the void was temporarily filled by other video sharing sites until another Vine replacement came along.

This replacement was called Musical.ly, which promised the same concept as Vine, but sadly failed to deliver. It mostly consisted of people lip-syncing the words of popular songs in short videos, which lacked the comedic presence and diversity that Vine easily provided to many users. Thankfully, this app was swiftly acquired in 2017 and later became reformed into what was essentially Vine 2.0: TikTok.

TikTok is a fun creative entertainment app that appeared in 2016 and could be described as the new and improved version of vine. It’s also a great way to socialize as well as promoting small businesses and looking for support for good causes and charities. It’s a fun and positive way to connect with new people all over the world and a great way to educate yourself and others, creating new communities through similar opinions and other things people have in common. The question is: what will be next?

What does social media really offer to the world, though? Well, as the name implies, it is designed to keep us more involved by providing more new ways to socialise. As the world continues to thrive so does the world of technology; social media is the key to many lives and helps more than most people realise. Social media clearly gives us the potential to be better, to do better. So why wait? Be the solution, not the problem.

“Be the change you want to see in the world!” – Unknown