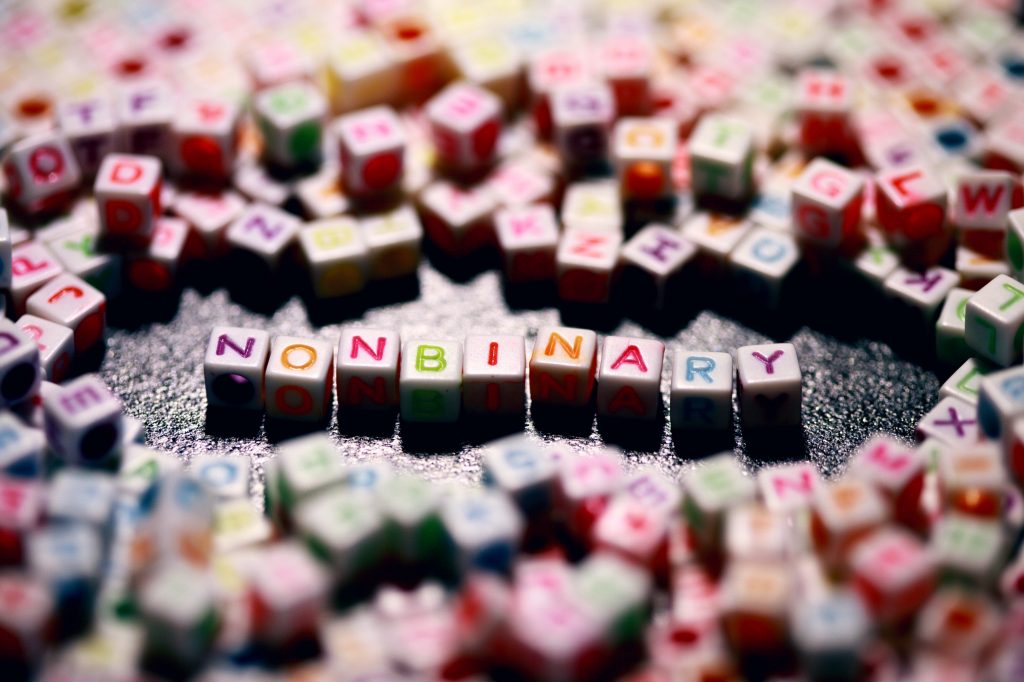 Enby. Genderqueer. GNC. These terms are just some of the slang terms that can be found under the umbrella term “non-binary”. You may have heard the term thrown about over internet discourse, or maybe you are non-binary yourself. However you are familiar with it, today is a day for celebration.

An internationally recognised event that started in 2012, July the 14th marks the annual celebration of non-binary people, their lives and their validity in society. If you are still unsure what that means, let us outline it for you. Non-binary refers to the perceived gender binary of male and female, which many people legally identify as. However, not ALL people exist on this binary choice. Gender is a social construct that occasionally differs between history, culture and other developmental processes. Much like trans people who no longer associate their existence with the gender they were assigned at birth, non-binary people are not bound by identifying as wholly male or wholly female.

Many variations and differences exist, which may come across as confusing to people who are only familiar with the notion of two genders. But it should be noted the validity of an individual’s gender is made up of many facets like all human beings. Someone’s gender identity/expression is not an open choice. In the same way a cis person doesn’t choose to identify as their gender, nor do non-binary people.

“People get built different. We don’t need to figure it out, we just need to respect it.”

Unfortunately, this level of respect is often overlooked and ignored by larger society. Its antiquated patriarchal views have become so interwoven in modern ruling and culture, particularly in the Western world, that any attempt to defy the norm of gender is frequently met with attacks and restrictions. Below is a world map that shows where in the world recognises the rights for non-binary people to legally “opt in” to that representation.

It should be noted that some of the more recognised Eastern cultures lit up above have intersex as a recognised part of their culture, such as India and Chile. While there are some legal differences in the process, this shouldn’t be the accepted standard across the world.  As mentioned in a neighbouring article that you can read here, the presence of non-binary/third gender people is an integral part of history across South Asia, Ancient Greece, sixteenth century England and all the way to contemporary of America. Refusing to acknowledge the existence and identity of non-binary people is refusing to preserve history.

That is why on this day we both celebrate the wonderful diversity of those who are non-binary, genderqueer, gender-non-conforming, demi, or even questioning, but also remember the fight is far from over. The 14th of July is about showing support to those brave people who are non-binary, be they celebrities or still in the closet due to oppression. They are just as valid as everyone else, and their support is gradually growing with every passing year as more and more representation is found.

A major example of representation can be found in video games. Call of Duty Black Ops: Cold War rocked the global scene with the announcement of a non-binary character option. While character gender choice has been around for a long time in series’ like Fable or Mass Effect, they’ve often been limited to the gender binary, but there are more and more instances of characters using they/them pronouns to reflect this shift in awareness of the gender spectrum. Non-binary people are also gradually increasing in their appearances throughout gaming culture, from protagonists in indie games like Undertale to triple-A game releases like Goodbye Volcano High coming to the PS5 later this year.

Not only can you show your awareness and support for non-binary people by consuming media that fairly represents them, but also through educating and informing yourself of just how vast a spectrum it is. While many perceive “non-binary” to be a fad or recent trend, its deep rooted history is one of beauty and strength, and should not be allowed to disappear under the dirty boots of oppression.

It’s easier than you may think to support non-binary people, online and/or in person. There are many people with celebrity status who are non-binary. Just this year we’ve had Demi Lovato announce their new-found non-binary status, something they mentioned on Twitter “best represents the fluidity I feel in my gender expression”. With public reactions like this mostly being met with support even with a lack of education on the subject, this bodes well for the future.

The main focus is respecting them as a human, even if you don’t fully understand it yourself. Ways include:

Use the name a person asks you to use. Don’t ask someone what their old name was. This is often referred to as a “deadname”. In the same way you show respect for the dead when they are no longer around, respect the use of someone’s new name.

If you’re not sure what pronouns someone uses, ask. Different non-binary people may use different pronouns. Many non-binary people use “they” while others use “he” or “she,” and other pronouns (sometimes called neopronouns) are used instead. Asking whether someone should be referred to as “he,” “she,” “they,” or another pronoun may feel awkward at first, but is one of the simplest and most important ways to show respect for someone’s identity.

Don’t worry too much about making mistakes. If you accidentally misgender someone, a polite correction and small apology lets everyone know you are trying to show respect as best you can.

Advocate for non-binary friendly policies. It’s important for non-binary people to be able to live, dress and have their gender respected at work, at school and in public spaces.

Talk to non-binary people to learn more about who they are. Assuming the lifestyle of other people without talking to them makes it easier to stereotype and judge them negatively. There is no one way to be non-binary, so the best way to understand is to talk with non-binary people and listen to their stories.

Respect, unity, and love are how we make the world a more inclusive place. During Non-Binary People’s Day, show your support by flying the colours if possible on social media, or even making your own art/videos/photos! However you promote it, be sure to stay respectful and open-minded to those who are non-binary. For us it’s one day, for them it’s the entire year. We need to fight with them for equality, not against them to preserve outdated ignorant rules.