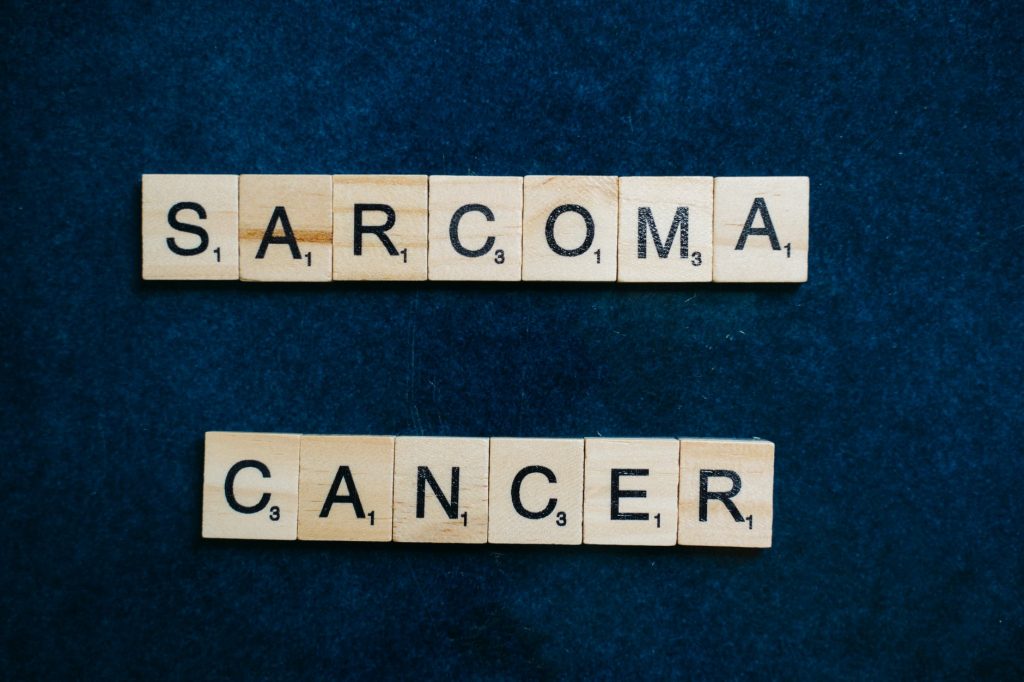 The month of July is known for many things, one of them being sarcoma (sar-KOH-muh) awareness, a type of cancer that begins in bone or in the soft tissues of the body. It is reported that 3 out of 4 people are unaware of what sarcoma even is, which is why Leiomyosarcoma Awareness Day was granted by Congress in 2016. Slap bang in the middle of the month, July 15th, we take the time to focus on leiomyosarcoma in particular, as a way to raise awareness for what it does to the body and also generate support for those who need treatment.

Leiomyosarcoma (LMS) is the medical name for soft tissue growth in the body. LMS isn’t the same as leiomyoma. Leiomyoma also starts in smooth muscles, but it’s not cancer and doesn’t spread. This tissue growth can target any part of the body and cause growths that impede the body’s natural processes, such as blood vessels and muscles. It is known as an “aggressive cancer” because these growths and tumours have a rapid growth rate, meaning they can spread to other parts of the body as a result. Left untreated, LMS can lead to terminal illnesses, and there is currently no cure.

The earlier any type of sarcoma is diagnosed, the better the chances of successful treatment. Leiomyosarcoma is often first found in the uterus, stomach, arms and legs, and small intestine. They can also be found during an investigation of other symptoms or during a routine operation.

A specialist doctor will diagnose sarcoma through a series of tests. These may include:

Of course, as with any cancer, treatment is not cheap nor easily accessible for everyone. This isn’t solely a funding problem, as sarcoma patients only make up 1% of those with cancer. Just because a disease is rare does not mean it isn’t worth raising awareness for, and that is exactly what this day and month enable you to do. Sites like the EveryLife Foundation are focused on getting more science and political backers to take action, which is something that can be influenced by the general public’s efforts. There is also a donate page on the site, as well as other organisations like Sarcoma UK and the National Leiomyosarcoma Foundation. If you have the power to help the cause, these are the best starting points to get involved and make a change.

While not as well-known in the public eye compared to other illnesses and cancers due to its comparable rarity, it is represented by a purple ribbon, similar in design to other awareness ribbons. Wearing purple ribbons and/or clothing on July 15th is a good way to help raise awareness especially on social media. Even if you cannot donate any funds yourself to the cause, there is always the chance to share links and make your own posts encouraging others to educate themselves more on the topic and give generously.

Our heart goes out to those who are affected, and anyone in need of support has plenty of help thanks to these organisations. But more needs to be done in terms of awareness.  Today we can educate ourselves and inform others so that more people can be prepared and help others in times of need in future.