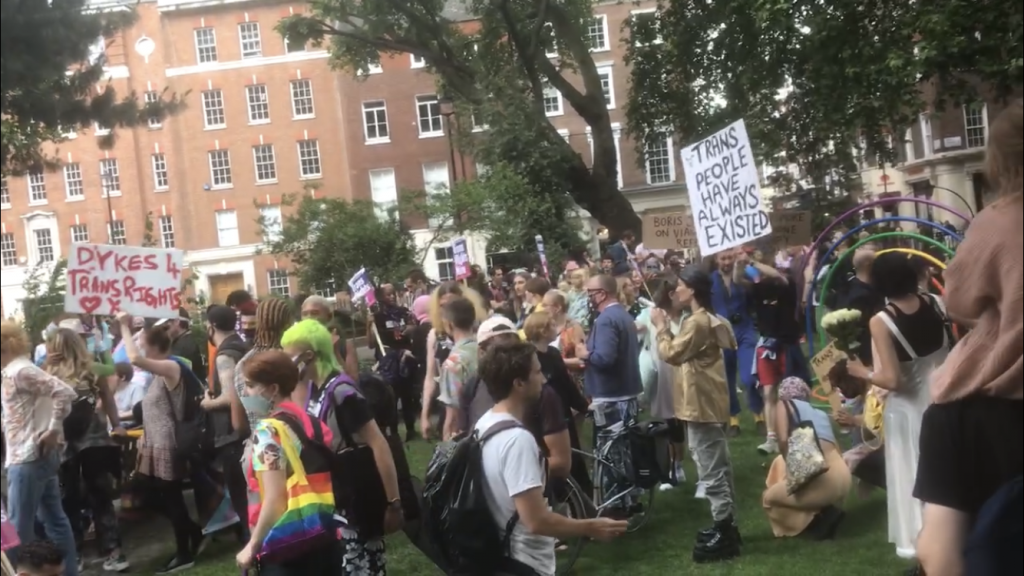 The world is a fine place and worth fighting for.

During June the 26th, Ruby and Naomi at NetworthPick both came to the conclusion that we could only agree with the second half of that quote. There is no doubt that life isn’t all sunshine and rainbows, not even for the queers (pun definitely intended). Throughout 2020 and especially now, a clear emphasis has been made on the importance of protecting the lives of transgender people because of the continuous threats they face in modern society. But with that said, on the 26th when we participated in the trans pride parade, an electric energy of love and empowerment helped restore our faith in humanity and the world as we know it. Despite multiple protests taking place simultaneously the very same day, with roadblocks from police all over London and the lingering threat of rainy weather, the 2021 London Trans Pride March still went ahead as planned.

The march began at Wellington Arch, with the theme of flowers; beautiful queer people walked the roads of London holding bouquets of flowers and dressed in flower-themed outfits. As with most LGBTQ+ events, the creativity exuded through outfits, hairstyles, punny signs and impactful chants. Naomi’s personal favourite look was a drag look where the queen covered their entire face and head with flowers leaving only room for their eyes and mouth. After waiting for a group of protesters to gather, we took off to the march for trans pride.

The march was not only a place to appreciate one another and show our love as human beings for each other but it was also similar to a reflective walk. Naomi said “I thought about how lucky I am to live in an age where trans people can exist and supporters can gather on the streets – with no sign of immediate danger.” Cars even drove by to cheer us on, a welcome reminder of further support; just ten years ago that would not have been the case even in the United Kingdom.

The theme of flowers and what that represents to us as people; the idea that things grow and bloom and change – almost like when a person accepts themselves and nurtures themselves into that direction. “Everywhere I looked, people were smiling”, Naomi continues. “It was such a rare and precious moment to live in. I also thought about who these flowers should really be given to. Yes, it is indeed lovely to distribute them amongst ourselves, but the people we owe our safety to as queer folks are those who came before us and paved the way.” Martha P Johnson, Mary Jones, Lilie Elbe and all the many fallen sisters, brothers and siblings who couldn’t be with us that day are just a few examples, and we march not only for ourselves but for them as well.

The march ended at Soho Square, but the celebration of trans people’s pride wasn’t over yet. Despite aching feet in fabulous heels and tired voices from hours of chanting, the organisers set up an impromptu stage to the sound of rapturous cheers and applause. Ruby had a chance to be close up to the front and document the empowering speeches offered by activists, singers, actresses and so on.

Munroe Bergdorf began with empowering dialogue that resonated through everyone present, as reminders of who we are and why we march. “When I transitioned twelve years ago, I didn’t have anything like this… I want everyone to take a second to understand how important this is, how beautiful this is… we are not a moment, this is our legacy.” Standing there slightly nervous yet holding the crowd’s attention with powerful heartfelt recounts of how far trans pride has come in such a short space of time.

One of the people present and speaking was Abigail Thorn, also known as PhilosophyTube on YouTube. Her transition, announced at the start of 2021, was in the public spotlight due to her creative platform, and this was sadly met with a great deal of contention from anti-trans bigotry online. Ruby commented: “Seeing her standing mere feet away from me in a brilliant white dress, speaking as herself to a crowd of love and encouragement… it was an inspirational sight. Her words are still buzzing through my head, such as her heartbreaking tale of being thrown onto the concrete from police officers wearing ‘Pride’ arm banners. Having Abigail’s fame as a catalyst for activism means more people can hear and listen to her experiences and know the harsh reality for trans people.”

Along with impassioned speeches, the fearless displays of poetry and songs written about internal struggle and identification tugged at the heartstrings of many. Both celebrations of unique personal identity and respectful memories honouring those who fought for the rights of everyone in the LGBTQ+ spectrum to have the rights available to us today.

Along with that, there were a few examples of non-speakers still flying the flag and making themselves seen. An audience peacefully protesting but also adorned in bright colourful unique outfits as a mark of identity, so there was a fashion rainbow to accompany the pride flags being waved about.

Even though Pride Month is over, it’s worth keeping in mind that trans people don’t only come out to play during June. Every day is a struggle and fight against outdated patriarchal viewpoints fuelled by hate, not to mention an oppressive government system. Despite the mounting support that is shown during pride marches and campaigns, there is so much that still needs to be done. Whether you personally know trans people or are trans yourself, making the effort to be visible in safe spaces and fight for the rights to exist helps equality become more of a reality. 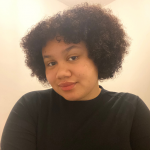