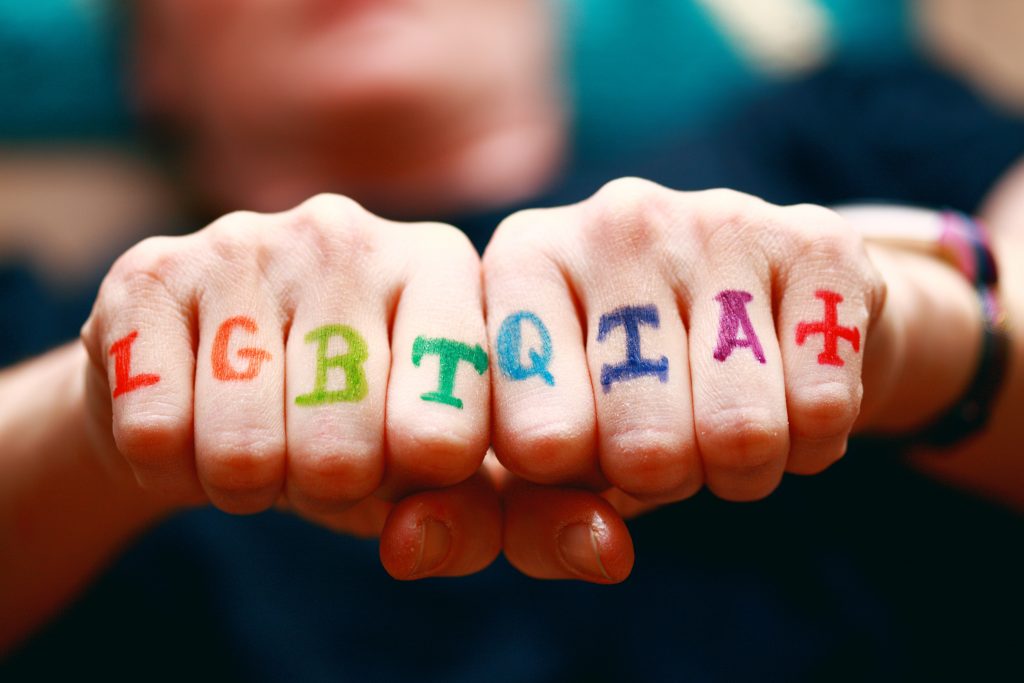 Every year Pride Month heralds a new level of awareness for more people globally. We see rainbow patterns being displayed publicly by corporations, and daily celebrations of the right to express our sexuality and/or gender identities in the face of prejudice and bigotry. For some it may even be their first time feeling free enough to express themselves. But come the 1st of July and the whitewashing begins. All that representation and colour disappears until the next Pride Month… right?

Thankfully, this is not true. The year is littered with multiple commemorative events both serious and jovial, many of them overlapping on a daily basis. Hopefully, as we depart this tumultuous Pride Month we can shine a light on future events, even ones you may have previously been unaware of, and make the world a more enlightened and equal place!

Coming out of the 30 packed days of individual and community representation can feel like returning home after a month long holiday. But on the horizon there are still days and weeks to pencil into your calendars and stand with the LGBTQ+ community.

If you’re reading this just after Pride Month has finished, then the next date to keep an eye out for is International Non-Binary People’s Day. Taking place every 14th of July, this is a day both for celebrating the beautiful identities of our non-binary friends and standing with them in response to the issues they face on a constant basis. Awareness is being raised for non-binary people constantly, even without the advent of specific celebratory days.  However, being a good ally and supportive friend to any non-binary people you may know is shown by simple courtesy and kind responses on a daily basis. So on July 14th, taking an active role means doing even more.

In conjunction with International Pronouns Day, an annual event that takes place on the 3rd Wednesday of October, any and all allies have the chance to show support and respect for normalising other people’s identities in the public eye. The motif, as found on their official website, “seeks to make respecting, sharing, and educating about personal pronouns commonplace.”

Our bisexual buddies have pride of place in September with a whole week dedicated to celebrating both identity and existence, which culminates on the 23rd. It has names such as BI Visibility Day and Celebrate Bisexuality Day, and on those days be sure to fly the blue, pink and purple tricolour flag in support!

LGBT History Month (USA and Canada) is celebrated in October. There’s quite a few notable days throughout the entirety of October that seem to get passed by quicker than we can keep up, so be sure to set reminders in your calendar or even alarms so you don’t miss out! October the 8th is International Lesbian Day, with the same level of the sapphic love and unity that all of us desire. It’s days like these that rely on universal support from most other people as a reminder to close-minded people that sexuality is not something to be fetishized. It is another beautiful reminder that love wins.

There’s also National Coming Out Day for the UK, US and other nations around the world, commencing on the 11th of October. While it’s become something of a joke to announce coming out on April Fools Day just to be safe, the 11th of October is a day of celebration for those who have recently come out and aims to make the world a safer place for people to embrace their identity with every passing year. What better time to be an ally for anyone you know during their journey of self-discovery!

Also in October there is Intersex Awareness Day. Just this year the Pride Flag was updated once again to include our intersex siblings who fall under the acronym but still receive very little representation even in modern society. The 26th is the best chance to change this he intersex definition is a person is born with a combination of male and female biological traits. There are several different intersex conditions; if you are unaware of what being intersex is then it’s highly recommended to do some further research or even reach out to those who are intersex and hear about their experiences first-hand.

Moving into November, there are a few days that focus on those who we have lost. In particular, our trans and intersex siblings who suffer oppression and have even lsot their lives while trying to fight for freedom and legal recognition.

To round off the year, December has Pansexual Pride Day on the 8th and Human Rights Day on the 10th. The former is dedicated to celebrating and acknowledging the validity of pansexual individuals, and the latter is a universal declaration that people are still entitled to equal human rights regardless of their gender and/or sexuality.

Being pansexual refers to a sexual interest in all genders regardless of preference, and differs from bisexuality. It should be noted that these labels are for self-representation; it isn’t another person’s duty to choose someone’s labels. There may indeed be some overlap with certain labels, but a good ally and supportive person is able to respect someone else’s identity even if they don’t fully understand it.

In a similar vein, Human Rights Day is there for us all to join hands under a banner of combined respect, unity and love in the face of oppression, bigotry and hatred. With each victory against prejudice, from legal turnovers granting equal rights to the individual stand we can speak out against when we see it, the world gets brighter and brighter.

While Pride Month is a momentous annual occasion, it is important to keep in mind that representation is a daily requirement for those who are oppressed. Remember, if you are not LGBTQ+ yourself but still an ally to the community, you have the best chance of making lives better for marginalised minorities. Publicly celebrating days like this and raising awareness in your own communities will make things better in time. This is why there are numerous awareness events throughout the year outside of Pride Month to bolster and strengthen the oppressed and remind the vast majority that we are not a seasonal novelty. Rather, we are human beings with the right to live equally, and until that time comes we will keep on fighting for the equality we desperately need.