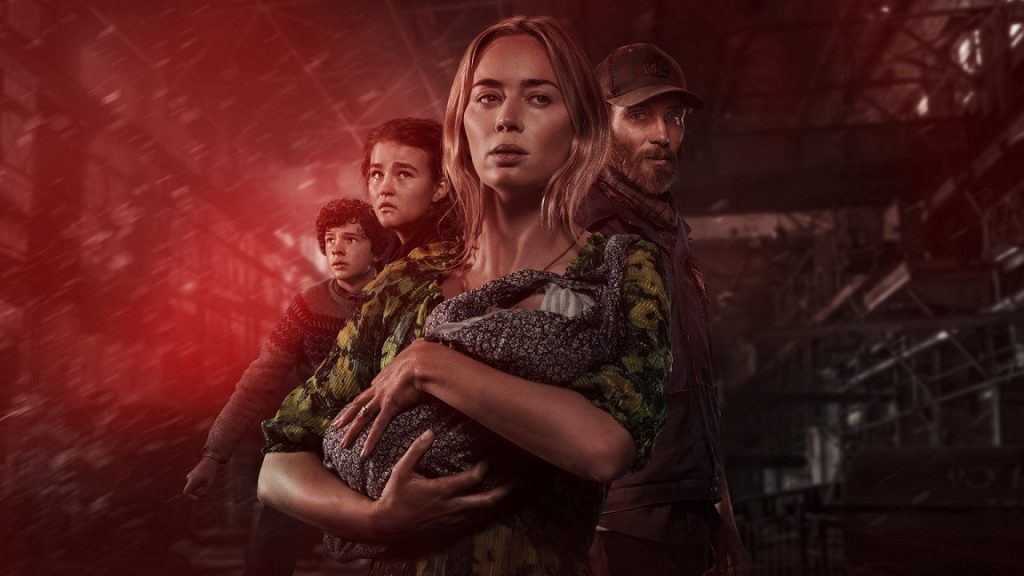 This review contains spoilers for A Quiet Place.

After a year and a half of not being able to attend my local cinema, I could think of no better way to start than with a horror film that I’d been eagerly awaiting the release of. A Quiet Place Part II had a lot to live up to after the success of the first film and after being due a release in March 2020, was John Krasinski’s highly anticipated sequel worth the 14-month delay?

To give the lowdown on the overall plot for the film series, the earth has been invaded by extremely noise sensitive creatures that hunt by sound and in order to survive the characters have to remain completely quiet. The story focuses around the Abbott Family and their everyday fight to stay alive… silently.

The film opens with a flashback to before the invasion, and we get to learn a bit more about the characters we met in the first film as well as seeing how the creatures arrived and the first encounters the family had with them. We then cut to where we left off in the last one, on the farm that our heroes had been using as a secure hideout during the first film. But with Lee (John Krasinski) now gone they need to fend for themselves and move out into the world where they soon discover that the creatures aren’t the only threat that awaits them.

As Evelyn (Emily Blunt), Regan, (Millicent Simmonds) Marcus (Noah Jupe) and baby Abbot leave their safe and secure haven they’re immediately met with the dangers of the post-apocalyptic world with intense and nail-biting scenes that arguably top the first. Along the way we meet our new character Emmett (Cillian Murphy).

If you’re a big fan of post-apocalyptic films then you’ll love A Quiet Place Part II. It has that classic lonely and empty feeling about it, and it is easy to believe most of humanity is gone. Locations used for outdoor scenes are convincingly derelict and easily pass as post-apocalyptic. The element of danger is certainly an interesting one; the idea that making any kind of noise is likely to get you killed is terrifying and leaves you right on the edge of your seat and it’s made even more intense with the addition of the newborn baby this time around. I must admit to being on edge about making loud noises for a few hours after leaving the cinema.

Every character is likeable and well-cast. Emily Blunt known for playing Mary Poppins in “Mary Poppins Returns” reprises her role as Evelyn, a mother who is now trying to protect her family without her husband and with a newborn baby. Cillian Murphy, most well-known for his role as Tommy Shelby in BBC’s “Peaky Blinders” plays Emmett, who was a friend of Lee Abbott before the apocalypse and is the first normal human they meet when venturing out. Murphy is a fantastic addition to the cast and while Emmett is in no way meant to be a replacement for Lee, he fills the adult male role perfectly.

Despite the talented adult cast it’s the younger actors that shine in my opinion. Millicent Simmonds steals every scene she’s in, reprising her role as the deaf Daughter Regan and is a great role model for aspiring actors with disabilities. Despite not saying a word she’s able to portray her emotion through sign language and facial expressions and does an incredible job throughout the film as her character develops an unexpected bond with Emmett on their journey to find the source of what Regan thinks is a signal from other survivors. Noah Jupe reprising his role as Regan’s younger brother Marcus also does an amazing job with some very tough scenes that were hard to watch so I can only imagine how difficult they were to film. Watching his character develop from a terrified kid into a quick-thinking survivor swapping roles with his mother as her and his newborn Baby Brother’s protector is one of the many highlights of the film.

A very minor criticism is that the ending is rather abrupt and of course still leaves a lot of unanswered questions but that just makes me and I’m sure you as well, hungry for the third instalment which I’m sure is not too far away. This is director John Krasinski’s first sequel and in my opinion it’s just as good, if not better than the first. The intensity and entertainment levels are cranked right up and you can tell he was determined to create something bigger and better. If you haven’t seen the first film, I highly recommend you give it a watch before going to see the second as it picks up where it left off and you might be a bit confused.

A Quiet Place Part II is an hour and a half of edge of your seat entertainment and horror. Be sure to head down to your local cinema and check it out before the last screenings!