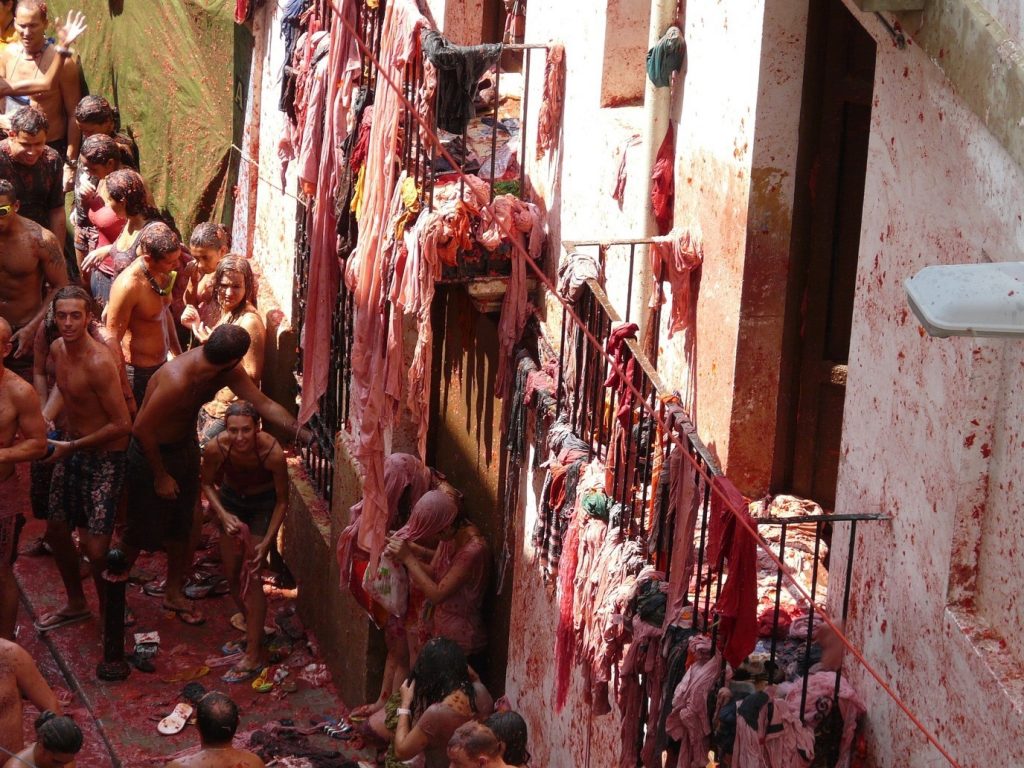 Hola, “La Tomatina” is one of the most random and fun festivals that has been celebrated each year on the last Wednesday of August since 1945. This festival takes place in a small town from Valencia called Bunol, East Spain. They dress in all white and throw tomatoes at each other. What? Tomatoes? Yes! But many of you must be thinking, why? There are said to be many stories of why this started. Some say a street brawl, others say a group of teenagers had a food fight that escalated over the years and some say a traditional parade, but still to this day no one really knows for sure. It’s also said to essentially be a religious celebration to honour Bunol’s patron Saint, San Luis Bertran as well as the Virgin Mary.

It’s the festival of tomato fights, everyone throwing and fighting with tomatoes purely for entertainment purposes and only it lasts 2 hours. Sounds crazy, right? But let’s be honest, it sounds kinda fun too. Did you know that despite the short time, this zany colourful tomato fight uses around 150,000 tomatoes! I know what you’re thinking – what a waste! But they actually use tomatoes that are not fit for eating so technically no waste, just a bit more fun instead of throwing them in the bin. Speaking of food, did you know that the main dish eaten during the celebration of La Tomatina is paella, a signature dish originating from the Valencian region mixture of meat, rice and vegetables.

I bet I can guess what you’re thinking again – who and how do they clean up such a mess? Well, the cleaning process involves the use of fire trucks to spray down the streets, with water provided from a roman aqueduct (a channel for conveying water). All in all, good clean harmless fun!

When they say have fun and go paint the town red, they really do with tomatoes.