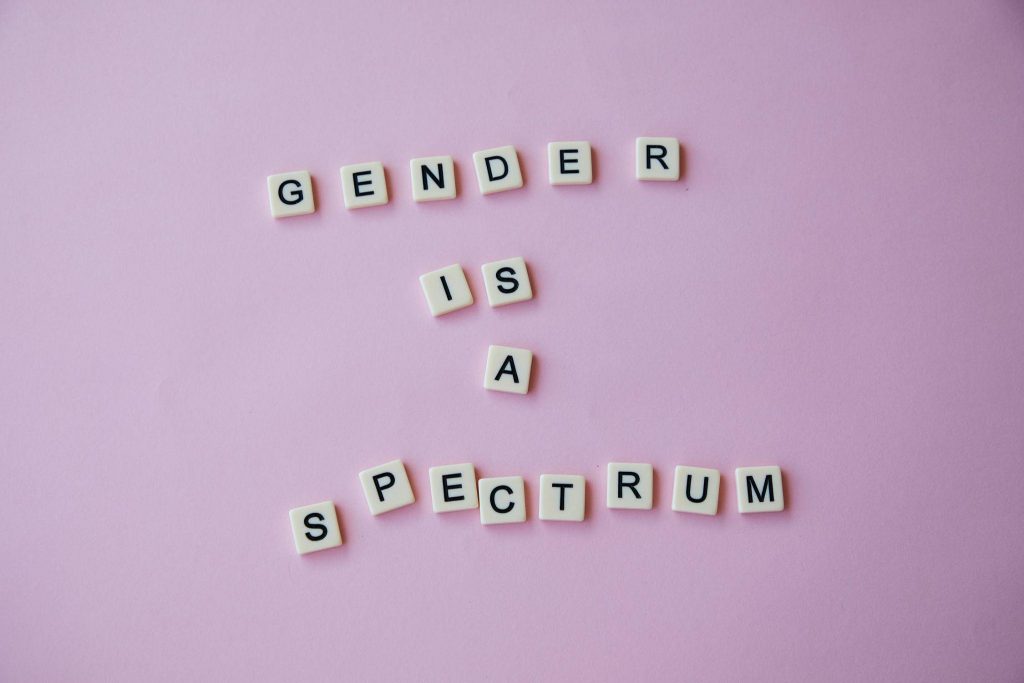 It used to be a strange concept to me; not identifying with a single gender or an absence thereof. A disconnect from biological sex sometimes without dysphoria (a state of dissatisfaction or unease). But then again, my own gender has always seemed untouchable, a locked box in the back of my mind, rejected for fear of the unknown.

I’m 24, and all my life I have identified as a cis woman. I was born female, and up until recently that is what I thought I was. Dysphoria is no stranger to me as I suffer with body dysmorphia and have ever since puberty. It’s no secret I do not feel at home in my own skin. I’m too wide, too short, too round in every way. For a very long time I did not feel as if I had the right to present myself in a feminine manner. I was not fit to allow myself to be consumed by society’s ever-hungry gaze, preferring to hide away in ill-fitting hoodies and tracksuit bottoms to disguise the fact that I had a shape.

Despite my need to hide, I still felt as if I had to act female. I kept my hair long even though I hated the way it made me look. I did my makeup most days, almost as if I was preparing for an Instagram photoshoot. I pushed my growing self-hatred to the back of my mind and forced myself to carry on with this performance.

My 25th birthday is coming up, and this is the first year I will be celebrating as a demigirl. The definition of ‘demigender’ is someone who partially or mostly identifies with one gender at the same time as another. This is regardless of their assigned sex at birth and can also include non-binary or agender identities. Being Demigender is therefore an umbrella term (meaning a single term that can cover many different forms that all share a similarity), it is not unusual to have many individuals who identify as such use different sets of pronouns. Personally, I use she/they pronouns and occasionally refer to myself as genderqueer (an umbrella term for those who do not identify just as male or female). I chose these pronouns as I feel some connection to a female identity at the same time as a non-binary one. Some days I wake up and feel devoid of gender altogether.

Although this is my personal experience, another demigirl may have an entirely dissimilar identity. Perhaps they feel a closer connection with a female identity, or have a transgender identity that encompasses a demigender one.

An important note to make here is that being demigender doesn’t neccesarily equal being transgender or non-binary. That is entirely up to the individual’s personal identity. For example, I do consider myself to have a non-binary identity but not a transgender one, whereas someone else might consider themselves the opposite.

Historically and internationally many terms are used to describe those who identify as such. For example, some Indigenous North Americans use Two-spirit (an identity closed to non-Natives) to describe a traditional third gender that can include demigender identities. This term was created in 1990 to replace an outdated one that some considered offensive, although it is not universally used as some cultures retain their own nomenclature and identities.

Let’s get one thing straight; Demigender identities are not a new thing or a passing fad. Just like any identity in the LGBTQ+ spectrum, we have always been here. We may not always have had words for what we are, but we exist.

So, let’s say someone you care about has just come out as Demigender. I would hope after reading this article, it would be a little easier to understand, but on the off chance it is not, please just talk to the person in question. If you are unsure about which pronouns to use, when to use them,or would simply like to know more, the best way to find out is through asking. Consolidating the person’s identity through a friendly chat is one of the best ways to get used to new pronouns and could be essential if they are not out to many people.

Coming out has not erased my insecurities, but it has eased them. I feel a sense of freedom I haven’t had in years, and I’m finally comfortable expressing myself through makeup in a way I never did before. I’m wearing clothes I like, cultivating my own style, whilst also having options for days when I just don’t feel ok. It’s liberating.

As a final note, I would like to address a specific group of people; the ones like I was. It doesn’t matter if you’re taking a while to figure out which identity fits you best. Experiment with different pronouns. You will find it, and when you do, everything will fall into place. Trust yourself, and give yourself a break. You’ve earned it. 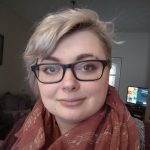 Jennifer is a content creator and a SEO Executive.