The Godfather of Comedy 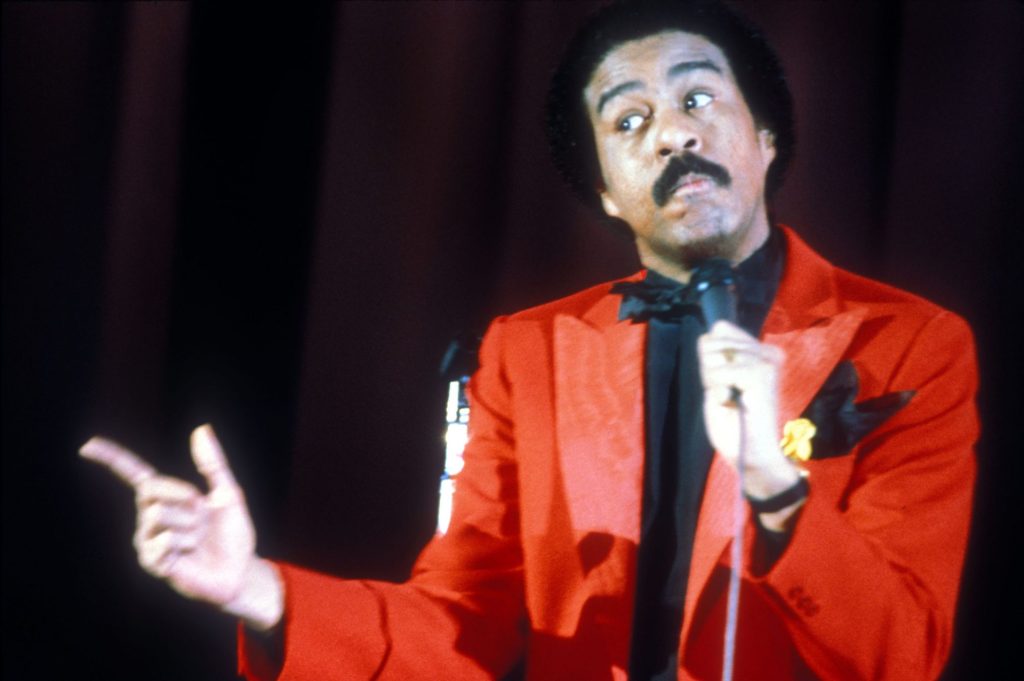 Let’s forget about the bitter weather and early sunsets for just a moment and focus on The Don, the Godfather. Someone who it would be disrespectful to overlook in the celebration of Black History Month. I am talking about the one and only, Richard Pryor.

He came up in comedy at a time when sharp-suited white men mused in a congenial (if somewhat misogynistic) way about what their wives did wrong that week. Pryor, fed up with the 60’s Shmaltzy style of comedy, wanted to talk about real issues. Issues based on his lived experience like being raised in a brothel, his prostitute mum abandoning him when he was 10 and his substance abuse.

So Richard let loose and started swearing in his sets, being the first to point out the obvious cultural divide in a time when it was still taboo. It was this raw vulnerability on stage that had the audience hooked. Nobody knew what he would say or do next.

The 70’s saw Richard release several successful vinyl comedy records so expletive that kids had to sneakily listen and not get caught. He created a form of comedy that was like a forbidden fruit. When the 80’s arrived , so did Hollywood with their film offers. Pryor regularly teamed up with another legend, Gene Wilder, in classics like See No Evil, Hear No Evil and Stir Crazy. Having watched the former, I can say it still holds up.

A rich gene crucial for a commercial success:

By the 1990’s, he already had broken barriers and inspired the next batch of comedians like Eddie Murphy, Bernie Mac, Chris Rock and Dave Chapelle, to name a few.  Even to this day, every single person in the comedy circuit is grateful that Richard Pryor ripped off that façade of light, fluffy jokes early on so they could preach about the proper stuff from their own perspective. That’s what made Richard Pryor The Don, The Godfather, The Barrier Breaker. He won’t be forgotten.

So who are your favourite comedians? Let me know in the comments section below.