The Return of Hellraiser: a Classic Series, a New Direction, and what it could mean for Modern Horror 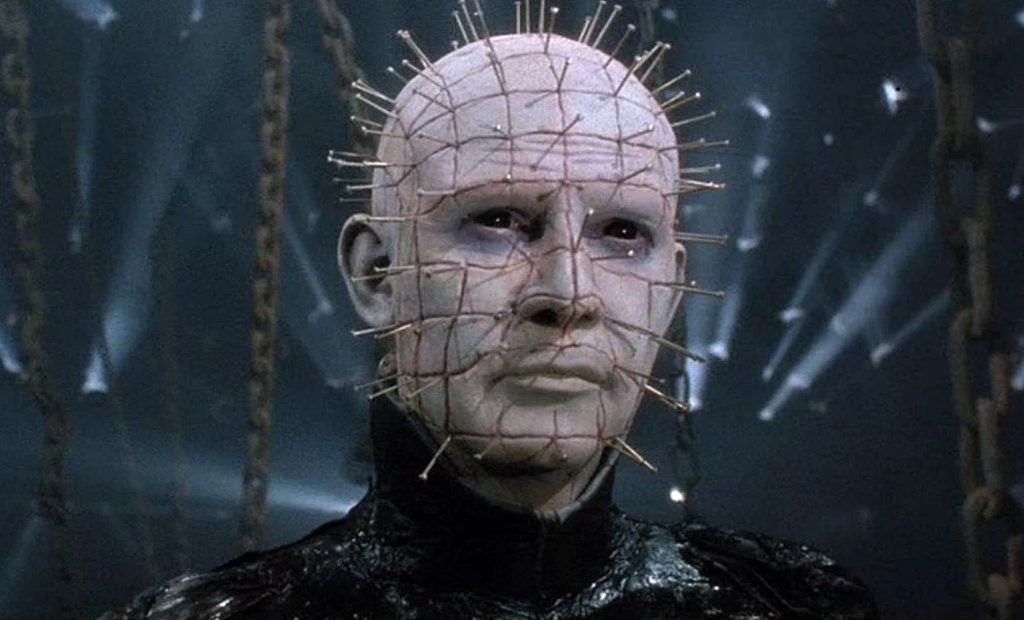 The now-classic horror movie ‘Hellraiser’ began as a novella written by Clive Barker, titled ‘The Hellbound Heart’. It follows a group of hedonistic, demonic beings called the Cenobites who come to Earth to take victims to their hellish dimension to enact eternal pain and pleasure on them. Barker has stated before about his background and inspiration for his story, being that he worked as a hustler in the 70s and what he saw and experienced gave him inspiration for a story that used sexuality as a basis, as well as presenting scarified and modified bodies that were heavily influenced from what he had seen in S&M clubs: people being pierced and hurt for their enjoyment.

Now, 34 years and 9 sequels after the release of the first movie, a reboot is in the works. With a script written directly by Barker himself, starring Odessa A’zion in the lead role and trans actress Jamie Clayton as the dreaded leader of the Cenobites, Pinhead. This of course means that the iconic Pinhead will, for the first time in a cinematic appearance, be presented as female, which had only been explored in some comics previously. Not to mention, trans actors and actresses don’t often get roles in movies, let alone getting the part of an established horror character such as Pinhead. Barker has always been forthcoming about his sexuality as a gay man for as long as he has been authoring work, and has always represented people often discriminated against and abused in his works. For instance, his other short story ‘The Forbidden’ has been adapted into the beloved gothic horror movie ‘Candyman’. In fact, Barker had always intended for each of the Cenobites in ‘The Hellbound Heart’ to be “sexless” and androgynous in appearance, such as Pinhead’s pins being adorned with ornate jewels, typically seen as “feminine” at the time, although likely being influenced by the S&M piercings Barker so often saw in the clubs he frequented.

Looking back on the series, the reboot is welcomed by me. Hellraiser (1987) and Hellbound: Hellraiser II (1988) were both incredible throughout, barring some cheesy lines and questionable visual effects, the story was gripping from the start to end, with intriguing characters, fascinating plotlines and a satisfying conclusion in the sequel. Barker played heavily into themes of sin, pursuits of pleasure, and religion, with Pinhead’s infamous line “Demons to some, Angels to others” being a particular highlight. In retrospect, this is the perfect line that illustrates exactly what the Cenobites are and how they flirt between sexuality as almost a pure, heavenly experience in their view, and one of intertwining pain and pleasure to their subjects. And yet, the most striking thing about this scene where the Cenobites are revealed for the first time in their dark, tormented appearances, is that we realise that they are not evil. In actuality, they are complicated victims, people who pursued experiences beyond what they knew and were twisted by what they found, and can no longer realise the pain they inflict on their new victims is not often enjoyed, as can be seen by the actual antagonist, Frank Cotton. The movie opens with Frank’s procurement of the puzzle box that summons the Cenobites from a strange man in a restaurant, but instantly regrets his decision when chains and hooks are unleashed and he is torn to pieces before being dragged to their dimension. His final moments in the movie are accompanied by his quoting of the bible, “Jesus wept,” before he once again experiences the first-hand punishment of Pinhead, beginning the climax of the movie.

The sequel suffers in the fact that it spends the first 20 minutes essentially recapping the first movie, while slowly setting up its individual story. Unfortunately, the first half of the movie is not as captivating as the first half of its predecessor, but when the puzzle box is once again opened and this time a doorway directly to hell is opened, things take an interesting turn. Hell is depicted as a labyrinth, endlessly expanding, with personal rooms of torture and trauma awaiting anyone inside. An innocent mute girl is taken in, and while she is spared from the direct attacks of the Cenobites due to her purity, we see frightening moments and dreadful imagery that haunt her mind. The entire experience within hell is incredible, the atmosphere is creepy, and a horrific new villain rivalling Pinhead emerges. A beautiful, optimistic ending seemingly concludes the movies, but, naturally, an 80s horror series had to be milked for a few more sequels at least.

What followed were a couple of fun, but overall silly sequels, still keeping the body horror themes of the first two, but losing any semblance of symbolism, and converting into generic slasher movies that were what Barker had tried to steer away from with his original creation. Then, two detective-style thriller movies that mostly put the Cenobites away, although the sixth movie brought back Ashley Laurence as Kirsty Cotton, the protagonist of the first two movies, for roughly 5 minutes of screen-time. The seventh and eighth movies, however, were utterly forgettable and entirely boring. It’s painfully apparent that both movies were originally not Hellraiser properties at all, and that Pinhead was conveniently shoved in, much to the dismay of Doug Bradley, the man behind the horror icon, who unfortunately stayed for all eight movies and made the decision to abandon his role after he saw the series finally being buried with the ninth and probably the most terrible movie. There was an attempted revival in 2018 with the tenth movie, but that too failed quite miserably due to numerous reasons. Overall, if you take anything from this, it’s to just watch the first two movies if you value quality, atmospheric and artistic horror, and then the third if you want to see Pinhead kill dozens of victims in very interesting ways.

After such a turbulent and critically mediocre or subpar at best series, this new movie could revolutionise the face of horror, competing with the likes of Scream (2022) and Halloween Kills/Halloween Ends for classic horror rebirths. With Jamie Clayton playing such a significant role, we can only hope more trans and other LGBTQ+ actors and actresses can be involved in not just horror, but all genres of all works.

Happy Halloween, and beware of any puzzle boxes you may be offered by strange men.