Bonfire Night Retrospective: why we can’t wait to get back to it! 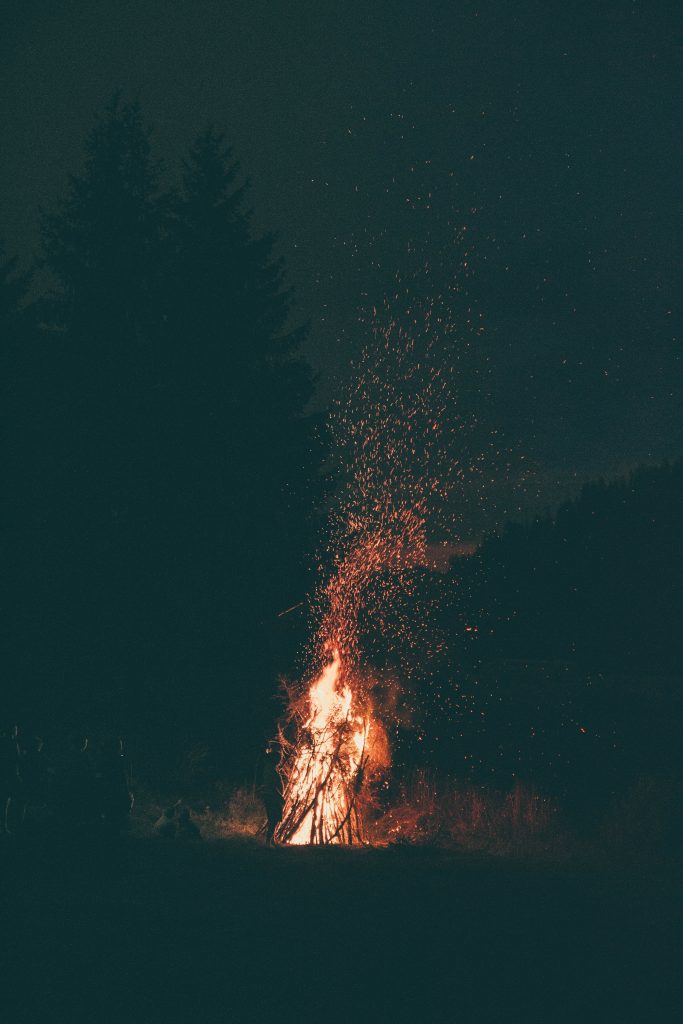 After two quiet Novembers spent in quarantine, it’s finally time for many of us to come out and get back to doing the things we’ve missed. As such, this November will be the first time in two years that we’ve been able to gather outside in the autumn night to watch the fireworks fly, so I thought it’d be nice to get everyone back into the swing of things and remember remember the fifth of November.

What’s it all about?

Remember, remember! The fifth of November, The Gunpowder treason and plot;

I know of no reason, Why the Gunpowder treason, Should ever be forgot!

For international readers, in the UK, Bonfire night; also known as Guy Fawkes night or simply ‘Fireworks night’ to some; is a celebration that takes place on the evening of November the fifth. The celebration stems from a failed attempt to assassinate King James the first and his parliament in 1605 for their continued persecution of the catholic populace. Guy Fawkes was the man responsible for lighting the fuse of the barrels of explosive that the conspirators had stashed in a rented cellar below parliament. As he was the first man discovered, being caught red handed, he became the face of the group of would-be assassins, despite not being its leader. In fact, the man in charge was called Robert Catesby, and since his name had far less of a ring to it, Fawkes became the would-be assassin the day would take its name from.

Upon finding out about the failed plot, the people of London began to light bonfires in celebration of its failure. As a result the celebration of ‘Gunpowder treason day’ was put into law the next year in 1606 with the ‘Observance of 5th November Act’. While the original celebrations harboured unfortunate anti catholic sentiment, eventually the celebration lost its religious and political undertones and in 1859 the Observance of 5th November Act was repealed. However, people continued to observe bonfire night as they had been celebrating it by law for 253 years and the bonfire tradition stuck, with much of the general population having forgotten the religious persecution that birthed it.

How is it celebrated?

The most unique part of bonfire night is the traditional bonfire and the ‘Guy’. A bonfire is constructed in a large field and a homemade dummy dressed in old clothes known as ‘The guy’ is placed to burn on top. The guy was originally an effigy of Guy Fawkes, the figurehead of the plotters. However, it has since become any non-specific human figure you can scrap together out of paper or straw and dress in old clothes. In classic British fashion, much of the politics behind the original event have faded and it has since become more about coming together as a community and lighting fireworks. However, whether due to lack of space for a bonfire, or just personal preference, many bonfire night celebrations forego the Guy and some even the bonfire entirely in favour of a simple fireworks display.

Indeed, for most it is the Fireworks, Catherine wheels (pictured above) and sparklers that draw people outside. Holding a sparkler as it fizzes away is almost a mark of passage for some children; all the while being made to stand over a bucket of water and watched like a hawk by parents prepared to snatch their child to safety at a moments notice.

In wider culture, Guy Fawkes himself has become a symbol for standing up to tyranny, with his likeness popularised in Alan Moore’s V for Vendetta graphic novel, as well as its subsequent movie adaptation, with masks of his face having since been adopted by the anonymous movement.

Personally I think it is the warmth of the fire and the thrill of the fireworks that make bonfire night special. It’s probably this feeling of awe that I remember the most about bonfire nights growing up! Although I feel I need to at least give the fire Safety videos I was made to watch in school a brief mention. After all, who could ever forget those videos? Short films in which colourful animated characters were burned and maimed on screen in the name of scaring British children into being careful around fireworks: preventing accident or injury through a tough love approach to ‘better safe than sorry’. It’s videos like that (combined with common sense) that allowed me to keep my fingers to this day!

For me, bonfire night brings with it that autumnal feeling of warmth encapsulated by the returning of winter wear and the orange of the leaves. There’s something so comforting to me about standing around the bonfire together and watching the dancing orange of the flames and listening to the occasional terrible local DJ in charge of accompanying the fireworks with the very most mainstream music of the 2010’s.

It is to me a Seasonal tradition all about warmth and safety, not as it was originally; the safety of the King and 17th century England’s way of life; but the safety of a community getting together to put on a show in a field and make one November night a night to remember.  Even if the reason doesn’t matter to us anymore. And even in lockdown, there was something beautiful about me and my university roommates buying a pack of sparklers and posing in the sparks like a Harry Potter promo shot! (Or spelling out obscenities in the air before they burnt out.)

So I am very much looking forward to seeing the fireworks back in force this November, and I hope that you’ll also get to enjoy a socially distanced celebration full of lights and loud bangs. Or that you even simply enjoy sitting and watching the fireworks from your window! And when you do, be sure to tag us at Networthpick’s social media so we can see how you spent your bonfire night!

Be safe, have fun and thanks for reading!