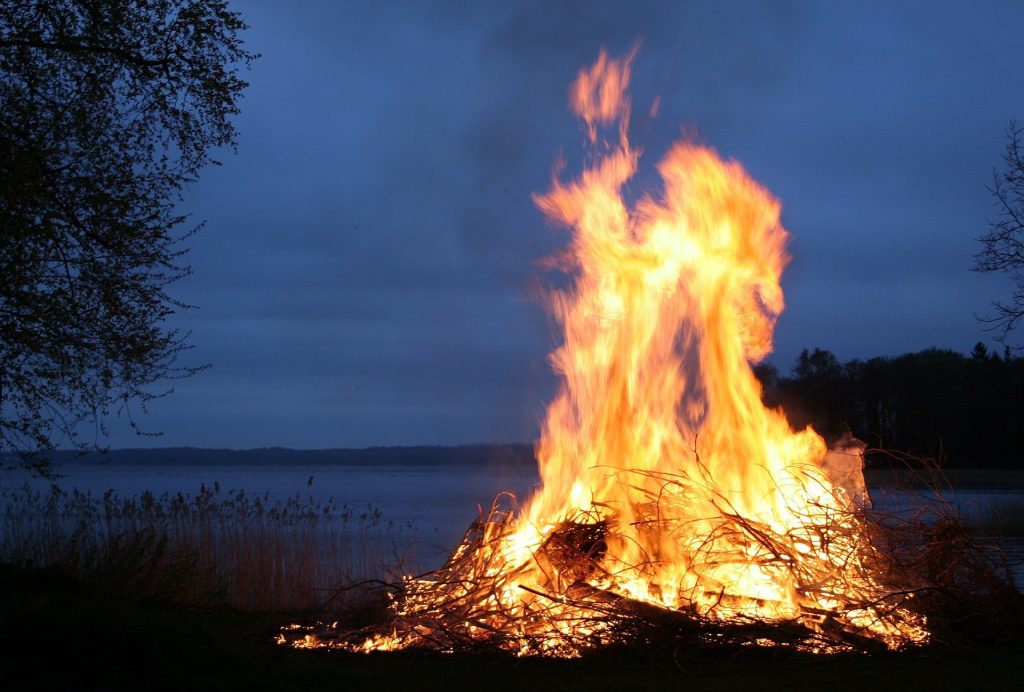 The Smell of smoke, the bright flickering lights of orange and yellow, the crackling sounds as the wood burns, the screeches of rockets soaring through the midnight sky lighting it up with colours of all shades. As well as the taste of s’mores, toffee apples, hot chocolate and mulled wine and the cheery atmosphere of laughter, smiles, and the cherished moments between friendships and families.

Bonfire night takes place on 5th November and it’s the celebration of Guy Fawkes Day. Every year it’s celebrated to commemorate the gunpowder plot of the year 1605.

The gunpowder plot was meant to kill King James and destroy the English parliament, one of the main conspirators of the plot was Guy Fawkes, after which the day is named.

Marking the anniversary of the attempt by Guy Fawkes to blow up the house of parliament, fireworks contain gunpowder so there is a strong connection to the day. Using fireworks to create a more beautiful and positive outcome to what destruction and pain could have become of the 5th November.

“Remember, remember, the fifth of November, Gunpowder, treason and plot!”