Castlevania: The Past, Present and Hopeful Future 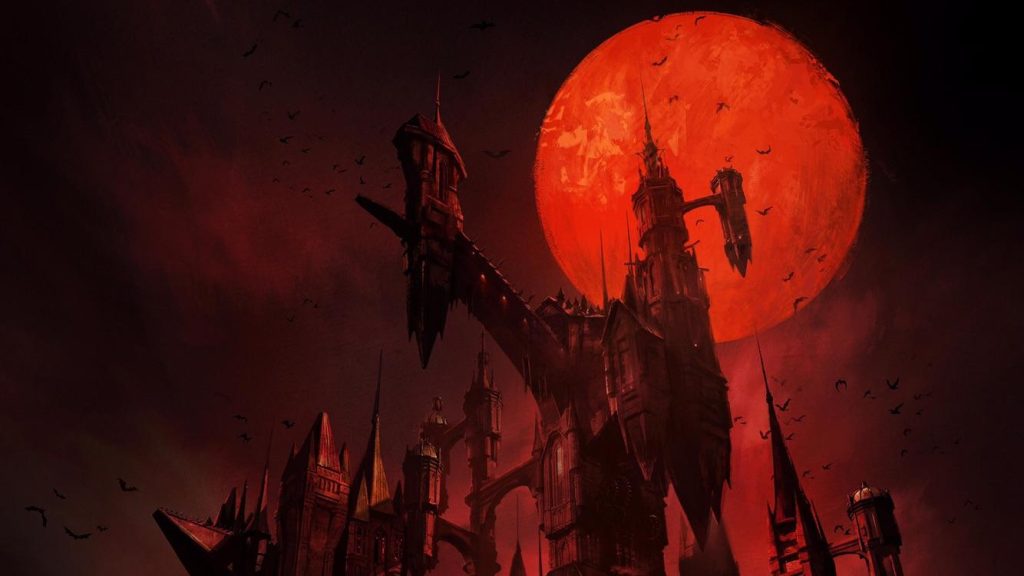 Castlevania, the gothic horror video game series that began 35 years ago at the hands of the Japanese game company Konami, with over 30 games released throughout the years, may be returning once more. The basis of the games has usually remained the same: a vampire hunter from the Belmont family rises to challenge the legendary Dracula and his castle full of hordes of dark creatures and demonic minions. Armed primarily with a whip, the player would jump from stage to stage and defeat ghosts, gorgons and ghouls, always leading to a dreadfully difficult confrontation with the vampire himself at the climax.

Since its release in 1986, the grave visuals and challenging gameplay have brought players back again and again for each thrilling new instalment. It wasn’t until ‘Castlevania: Symphony of the Night’ (1997) for the original PlayStation, headed by new producer Koji Igarashi, that the fundamentals of Castlevania took an incredible new direction.

Alongside Super Metroid (1994), SotN pioneered the ‘Metroidvania’ genre, which is still prevalent today in popular indie games, such as ‘Hollow Knight’, ‘Ori and the Blind Forest’, ‘Dead Cells’ and ‘Bloodstained: Ritual of the Night’. It has been widely regarded as one of the best games to ever be released, and physical copies sought after by collectors have become impossibly hard to find, with prices usually being approximately £300 at the lowest.

Gradually, the games progressed from their classic 2D side-scroller style to 3D, with releases of games like ‘Castlevania 64’ and ‘Lament of Innocence’, in a more hack and slash style similar to the ‘Devil May Cry’ series. The games remained successful in most cases, being developed on numerous consoles and in diverse styles, sometimes returning to the Metroidvania style, but by 2010 the series took a very different turn. ‘Castlevania: Lords of Shadow’ was released as a reboot of the series, featuring a new plot and setting from the previous entries fans had known for so long. Several changes had been made to the gameplay, with it now more closely resembling the ‘God of War’ style of combat, with some segments fighting ‘titans’ that drew comparisons to ‘Shadow of the Colossus’ (2005).

Despite how different it was from the rest of the series, the game was a large success and was praised on all levels, including the voice work, with the protagonist Gabriel Belmont being voiced by Robert Carlyle (Trainspotting), the narrator Zobek being voiced by Patrick Stewart (Star Trek, X-Men), and the antagonist Satan being voiced by Jason Isaacs (Harry Potter). The success prompted two sequels to be made: ‘Castlevania: Lords of Shadow – Mirror of Fate’, which returned to a 2D style that combined elements of Symphony of the Night and the previous LoS game, and ‘Lords of Shadow 2’, which had the player take the mantle of the fearsome Dracula himself.

Unfortunately, LoS2 was not as successful as its prequels, due to numerous conflicts within the development team leading to several issues and weaknesses in the game. After this, the series fell mostly silent, with no more games developed besides an Apple Arcade exclusive mobile game. That was until a Netflix-exclusive animated show premiered in July of 2017.

The dark fantasy animation showed a more realistic, gruesome and gory Castlevania, with blood, profanity and violence aplenty. It adapts ‘Castlevania III: Dracula’s Curse’, and follows Trevor Belmont and his companions Sypha and Alucard on a quest to defeat Dracula, his vampire court and his army of night creatures. The series sported beautiful, graphic, fluid animation, a fantastic cast (Richard Armitage, Peter Stormare, Bill Nighy, Malcolm McDowell, Jessica Brown Findlay to name a few), and a perfect blend of humour with a gritty story. The show ran for 4 seasons and 32 episodes, and was an instant hit among old fans of the games and newcomers to the series alike, thanks to the charming and beloved characters that developed over the show’s duration. There were even instances of LGBT+ representation: a lesbian vampire relationship and a bisexual protagonist.

The huge success of these collections has had fans begging for the rest of the games to be re-released in a similar fashion, but rumour has it that Konami may be working on a new release alongside some of their other popular series. But are the expectations realistic?

In recent years, Konami have neglected to make games in favour of the pachinko machines they’ve been producing. It is, by all accounts, a wasted opportunity. They have held the rights for ‘Castlevania’, ‘Metal Gear Solid’ and ‘Silent Hill’ for decades, all immensely popular and beloved franchises, and have as of yet let them sit idly, begging for new releases. The rumours are mostly baseless, originating from “anonymous publishing sources” alongside other similar reports. As per usual, gaming rumours tend to spread like wildfire, no matter how outrageous or credible they seem.

With the recent successes of the animated series and the collections, however, this could be seen as Konami trying to gauge the interest for new projects, although somehow I doubt this as well. Like EA are infamous for, Konami have devolved into just being another mindless, cash-grabbing company with no real interest in actually developing great games anymore. It would take an exceptionally good producer (Koji Igarashi, Yoko Taro or Hideki Kamiya come to mind) to properly renew my interest in a new game, and I’m sure many feel the same way.Don’t get me wrong, I would love a new entry in the series. Having enjoyed the classic games and the new style brought in by Lords of Shadow, I would be optimistic for anything new under the Castlevania name. But I’ve also been eager for rumours of new games and subsequently severely disappointed before, and I find that having little to no expectations usually solves this issue.

If they actually bring out something new, great! There will always be a split between fans who will enjoy it, and those who always prefer the original stuff. If Konami ultimately decides not to continue Castlevania, and leave the games to rest peacefully, that’s fine too. After all, there are dozens of games to be played, many of which are critically acclaimed and still hold up fantastically many years on. Should they continue with even more collections to make the games more accessible for everyone, perfect! It should actually be commended that they re-released the games and improved them in several ways, and I applaud Konami for finally doing something right with their properties.

Should you choose to pick up one of the collections, good luck, enjoy the addictive music, and climb that final staircase to Dracula with courage and pride!