Marvel Phase 4: Movies, New Dates and What We Know

With the successful release of the Disney+ Original TV shows, WandaVision, Falcon and the Winter Soldier (the Falcon now being officially known as the new Captain America) and Loki, Phase Four of the MCU is in full swing, with a tonne of films being released within the next few months, and more announced to be coming out within the next 2 years.

Black Widow and Shang-Chi and the Legend of the Ten Rings kicked off Phase Four and introduced us to new characters, new possibilities, and new stakes. Both films, specifically Shang-Chi did extremely well in the box office, considering the ongoing COVID-19 situation. There is a lot more coming our way to expand on already established characters and introduce even more heroes (and villains) into the MCU.

Marvel has pushed many of these films back, so some dates have changed. Here is a full list with the updated release dates of what is coming and when:

Marvels Studios’ Eternals introduces us to new, ancient alien superheroes who have been living on Earth undercover for thousands of years. The story follows the aftermath of Avengers Endgame where dangerous ancient forces named the Deviants threaten mankind, forcing the Eternals to reunite and help stop the threat. With an inclusive cast, including a deaf character who is played by Lauren Ridloff who is also deaf, the film is set to be one of the most inclusive yet. In the comics, Ridloff’s character is a hearing white man, so the decision to have not only a woman play the character but also a deaf one is an admirable choice as it expands the representation and allows for viewers who may have disabilities to identify with a character on screen who is like them.

Arguably one of the more hyped movies that are coming out, Spider-Man No Way Home will follow the aftermath of the previous film Far From Home,after Peter Parker was revealed to be Spider-Man. There are many rumours surrounding whether previous actors Tobey Maguire and Andrew Garfield will be making an appearance as the film introduces the audience to the long-awaited multi-verse, which has been previously teased.

The film seems to follow a similar idea of the acclaimed animated film Spider-man: Into the Spider-Verse (2018), which followed a similar story of having multiple different versions of Spider-Men and Women (and animal) from different realities come into the same universe as Miles. The trailer confirmed some of these rumours when iconic villains from the Sami Raimi Spider-man film franchise made an appearance in the teaser trailer for No Way Home. Marvel has yet to confirm the rumoured appearances from Maguire and Garfield, but Garfield has gone on record many times to state that he is not in the film.

However, many suspect he is under contract and is expected to lie as there has been some leaked footage picturing Garfield on set in a Spider-Man costume, but nothing is officially confirmed so it looks like we must wait and see!

Doctor Strange in the Multiverse of Madness – May 6, 2022

Benedict Cumberbatch returns in his role as Doctor Strange. Many are looking forward to this movie after the Success of WandaVision and are excited to see Elizabeth Olsen work beside Cumberbatch as ‘The Scarlet Witch’. The plot of the film is said to pick up after the events of WandaVision and Doctor Strange will continue his research on the Time Stone after the events of Avengers Endgame, before an old friend-turned-enemy shows up, messing with the plan and causing him to “unleash an unspeakable evil.” Many believe that Olsen’s Scarlet Witch may play a part in causing chaos as her powers seem to be growing, and the post-credit sequence had shown her reading the Darkhold book which is said to hold evil spells. We are excited for this one!

One of the only heroes in the MCU to receive a fourth film, Chris Hemsworth will be returning as Thor in 2022. It is expected to continue from the events after Endgame, featuring a Thor that is in a healing process after losing himself and unsure of who he is. We know from Endgame that Thor is with the Guardians of the Galaxy, so we expect to see them in the film alongside Thor. It is also confirmed that Natalie Portman will be reprising her role as Dr Jane Foster who starred in the first two Thor films but was not in the third installment. It is said however that Portman’s character Jane will be gaining God-like powers of her own, so it should be interesting to see what will happen between Jane and Thor as they have not seen each other in a while.

There are not many details on what the film will be about, as much had to change with the tragic passing of Chadwick Boseman. The film will reportedly explore Wakanda as it opens itself to the world after generations of thriving in the shadows. It has not been revealed whether the Black Panther title will be given to someone else, but it is most likely that we will see a focus on Wakanda and its people from what we have been told so far. Some fans were worried that the studio may recast or use CGI to have Chadwick Boseman feature in the film, but Kevin Feige has put the fans at ease, assuring them that they will do no such thing and that Chadwick will not be recast. In an interview with the BBC, Feige expanded on the statement, saying “[Boseman’s performance was] iconic and transcends any iteration of the character in any other medium from Marvel’s past… and it’s for that reason that we will not recast the character.”

The Marvels is a sequel to Captain Marvel (2019), which will feature Brie Larson returning as Captain Marvel. As the title is The Marvels, it hints that the film will not only centre around one hero. It could be hinting that other characters will appear, like Ms. Marvel (also known as Kamala Khan) played by Iman Vellani, who will also be debuting in her own TV show in late 2021. Judging by the post-credit scene from the WandaVision finale episode, we can expect to see Monica Rambeau played by Teyonah Parris, the daughter of Carol’s best friend seen in the first Captain Marvel film. Rambeau in the post-credit scene was visited by a Skrull and was told that an old friend of her mother wants to meet her, so we can expect to see her in this movie also. We expect to see Nick Fury in this movie as well.

After some drama following offensive tweets shared by the director James Gunn, he had been removed from the film but was eventually rehired. Specific plot details for the third movie are under wraps for now, but director James Gunn has promised that it’ll serve as the “epic conclusion” to the story he began in 2014’s Guardians of the Galaxy. Following the aftermath of Avengers Endgame, Gamora had gone missing after the battle so we can assume that they may be looking for her in this film, or this may be covered in Thor: Love and Thunder. Gunn has said that this will conclude the story for THIS team of guardians, but the details are limited so we must sit tight and wait till we can find out more!

As this film is a while away, the details are very limited but the Quantumania in the title suggests we will be delving deeper into the Quantum realm, which has played a vital role in the previous Ant-Man films. We know the main cast will be returning – Paul Rudd will be back as Scott Lang along with his co-star Evangeline Lilly returning as Hope Van Dyne. Also returning will be Michael Douglas and Michelle Pfeiffer as Hank Pym and Janet van Dyne. Aged 5 years after the ‘snap’, Scott’s daughter will return as a young teenager. However, she will not be played by Emma Fuhrmann, who formerly played the aged version of Cassie in Endgame, she will now be performed by Kathryn Newton in the third film.

Fantastic 4 – Date Not Yet Announced

Marvel also announced that they will be including Fantastic 4 into Phase Four but have not yet provided a release date. There are not many details about this film but let’s hope that they do a better job than the previous reboot in 2015, which tried to take on a darker tone than the original two film adaptations made in the early 2000s.

Which movie are you most excited to see? Let us know in the comments!

Check out our entertainment section for more about films and television shows! 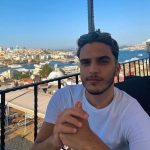 Ertan is an Advertising and PR Executive who also has skills in video editing and camera work with an interest in film.