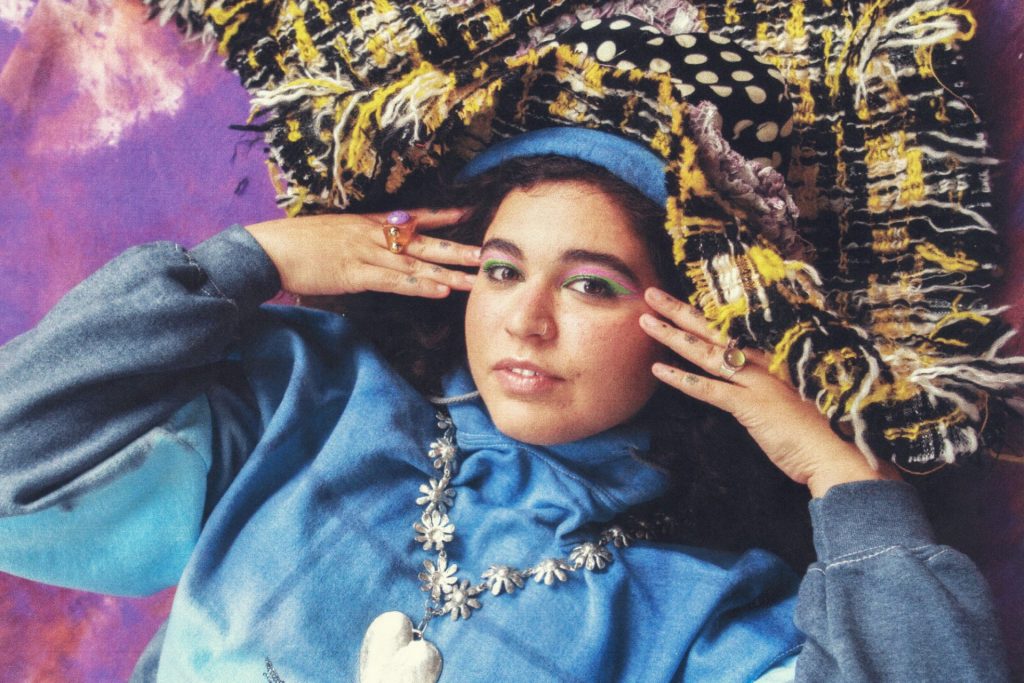 Looking for some new music to brighten up the winter months? Look no further than Californian singer Remi Wolf’s statement debut album – Juno. Her exhilarating vocal harmonies paired with popping beats and electrifying instrumentals are sure to put you in a brighter mood.

Remi is quickly gaining notoriety after releasing her debut – we’ve seen album reviews plastered all over the internet, and she even appeared as a guest in Season 3 of The Cave with Kenny Beats. Juno might be completely different to anything you’ve heard before, and many struggle to categorise the album into pre-existing musical genres. Remi herself is publicly unashamed of being difficult to define – she told MTV that ‘people aren’t listening to music based on genre anymore.’ She believes that the music industry has ‘moved beyond the need to put artists in boxes … You either f**k with the artist or you don’t.’

Hearing her fresh perspective on the music industry left me wanting to know more. So, who is Remi Wolf, and how did she get here?

Who is Remi Wolf?

Remi Wolf was born in Palo Alto, California in 1996. At age 8 she gained an interest in competitive skiing and ended up representing the US at the Youth Olympic Games for two whole years. Although, throughout her youth she was always doing music on the side – performing for people, singing at talent shows, forming bands.

At age 16 she performed in the duo, ‘Remi and Chloe’, appearing at open mics and busking. One day they busked outside an art fair and made $200 in an hour and a half – she then decided that a career in music was meant to be. Remi then went on to study Music at USC Thornton, expanding her musical repertoire by jamming and making music with her classmates – she even appeared as a contestant on American Idol in 2014.

After releasing a series of singles, in October 2019 Remi self-released her solo debut – ‘You’re A Dog!’. She then released her second EP – ‘I’m Allergic to Dogs!’ – in June 2020 with Island Records and Virgin EMI Records. Both of her previous EPs merged into the remix record ‘We Love Dogs!’, which can be found on various streaming platforms.Her and Dominic Fike’s energetic bop ‘Photo ID’ went viral on TikTok!

Remi Wolf has been conspicuous about her struggles with mental health issues. She told NME that her rise to fame is a ‘weird, unnatural experience’ and believes that ‘artists signed to labels should be given the resources to find therapists.’ Remi explains that labels usually pay their artists without any guidance and urges that artists ‘need a lot more support.’ She also refers to older artists from the 90s, ‘they have depression, they have addiction, and they pass away’ – she claims that today it happens to people at a younger age, and it’s often romanticised.

During the pandemic, Remi had recently gotten sober, moved three times, and got her new dog, Juno. The lockdowns were abysmal for those in the creative industry, yet Remi Wolf still managed to write her debut album during such a difficult time.

Remi Wolf’s debut album, Juno, came out on streaming platforms on October 15, and since then, I haven’t been able to stop listening to it.

The opening track Liquor Store sets the theme for the album: randomly witty lyrics sang in flying harmonies, alongside crunchy guitar, twinkling keys and bouncing drums. Remi’s lyrics often contrast to the zany instrumental with an explosion of mixed emotions, jokes, and references to her struggles with addiction and co-dependency.

Remi herself alludes to the difficulties she faced while writing Liquor Store in her interview with Bazaar. She describes it as a very personal song that she wrote after being out of rehab for only a month and a half. Remi couldn’t stop crying during the recording session in between vocal takes. She feels you can hear that it was a ‘rollercoaster of an experience’ in the songwriting – ‘you can hear the emotion, which I’m really proud of.’ If you listen to the song, Remi hopes you can either learn a little about her or see a piece of yourself in her work, and hopefully feel understood. She understands that many who struggle with addiction and mental illness feel crazy and alone, so tried to express that insanity in her writing.

Similar tropes appear throughout the record. In Anthony Kiedis, Remi injects a little more craziness with more quirky lyrics and harmonies, accompanied by further references to her isolation, loss of friends and feelings. Music Nerd Anthony Fantano in his album review mentions her use of ‘sonic claustrophobia’ – ‘so close, so upfront and in your face, nowhere to hide.’

Guerrilla portrays even more confusion with its eccentric use of samples, pounding synths and bizarre lyrics. The production hints at hyperpop influences with its maximalist array of sounds. Another popular track Quiet on Set draws in the listener with its head-bopping drum beat, catchy hook and attention-grabbing bars – from Chuck-E-Cheese to the human centipede. Sexy Villain is another banger, my personal fave, it’s been in my head for two weeks straight. Trying to learn the song myself emphasised Remi’s crazy vocal chops – some of those high notes are insane!

Remi Wolf encapsulates the madness of the internet era with her distinct sound and her colourful y2k style. Her music is fun, funky, and up to date. If you’re looking for a new experience, I would definitely recommend adding Juno to your music library.

As previously mentioned, Remi recorded Juno during the pandemic. Being newly sober during the lockdowns wasn’t the optimal circumstance to write a debut album, and Remi described it as ‘really, really horrible.’ She highlights how important performing live was to her in an interview with MTV, ‘I love bringing people together, and I love making sure people have a good time.’ But the lockdowns deprived her of the energy she received from live performance, the reason she fell in love with music to begin with.

Remi tells Bazaar that she began recording in February just before the pandemic hit. She explains that for her, making music isn’t a planned process, it’s ‘way more sporadic.’ Sometimes the best art comes from random bursts of creative energy, and I feel like you can hear that energy in the album. However, as the pandemic hit, Remi went to rehab, and in November she got the bulk of the album out. Remi describes every track in Juno as its own experiment. During the recording process, she consistently challenged herself and experimented with new vocal tones, sounds and samples. Remi says she wants to keep her art alive through experimentation, ‘I want to constantly try to innovate the sound of pop music.’ Remi’s biggest dream is for people to consider Juno the new pop – to ‘erase the rules of pop.’

Expect to see more of Remi Wolf! She will be performing in her upcoming tour after finally being able to perform live again. After hearing how colourful and exciting Juno was, I’m certain that seeing her live will be a similar experience. She says herself that she wants ‘to curate the best night of people’s lives,’ where people can let loose and be free. There aren’t many spaces that allow people to do that.

If you can’t get hold of tickets, don’t fret. Remi insists that after the emotional rollercoaster of 2020 she is more than ready to start releasing new music again.

So, did you listen to Juno? What did you think?