Astroworld 2021: how 9 people lost their lives 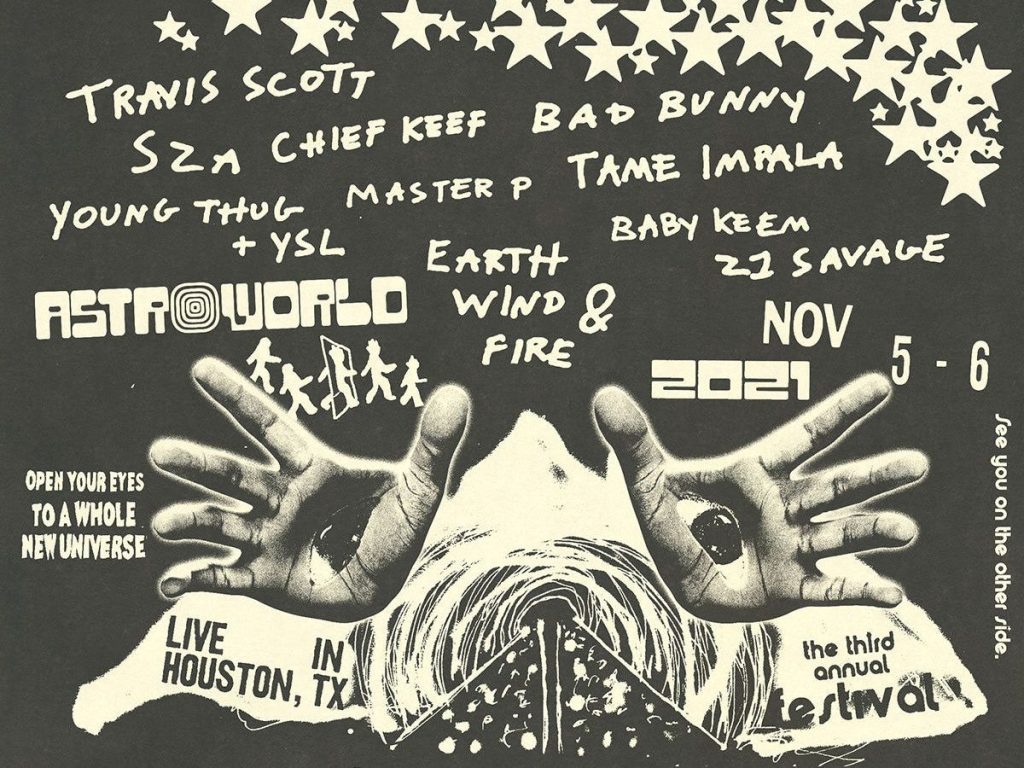 Astroworld is a festival founded by American rapper, Travis Scott. The festival was first launched in 2018 following his studio album of the same name.

The original lineup consisted of many American rappers such as Post Malone, Lil Wayne and Scott himself.

In 2019, the line up was expanded, featuring different genres like hard rock and reggaeton. Due to the pandemic Astroworld was cancelled in 2020 and was recently scheduled to make its appearance again from November 5th to 6th this year.

However, this seemingly harmless festival closed down after the first night when it turned into a death trap real quickly after Scott started his headline set.

Who is Travis Scott?

Travis Scott, born in 1991, is an American rapper, songwriter, singer and producer. Best known for his Astroworld album and collabs with prominent rappers such as Drake, young thug and more.

He is the parent to Stormi Webster alongside Kylie Jenner and they are currently expecting another.

Before we talk about the recent Astroworld festival that took place last weekend, I should mention that Travis has been previously charged with disorderly conduct. Not only in 2017 at Walmart Arkansas Music Pavilion but also a couple years prior, at a festival in Chicago. He suggested fans push through the barriers and jump on stage when it’s forbidden, forgetting about the health and safety hazards that go with that.

What happened at Astroworld?

Astroworld 2021, hosted at NRG park in Housten, Texas, was sold out within half an hour of the tickets being released. Around 50,000 people attended this year.

The incredible vibe of the festival started to slip after 9pm due to a crowd surge when Travis came on stage.

Eleven people were taken to the hospital due to cardiac arrest and unfortunately, only three of these survived. Nine people have died so far, between the ages of 14 to 27 and hundreds more were treated in hospital with injuries.

Amper, a festival goer, says to CNN a “girl was lying on the floor near me, and we had random people doing CPR on this girl.”

Trained medical professionals turned up after half an hour of this girl being passed out.

Despite Scott’s support for the families that lost a loved one or his collaboration with the Houston PD, many people still blame Travis for what happened.

Festival goers were yelling at Scott to stop his performance, however he still continued until he saw an ambulance trying to drive through the crowd.

Emergency workers at the festival described how quickly panic broke out as the chaos began, causing injuries and casualties, soon overwhelming first aid staff on site.

Houston Event Security as well as PD stopped the concert “as soon as the situation got to the point where it was overwhelming the resources”.

However, by then, irreversible damage had already been done.

Investigators are currently reviewing videos of the festival and it’s layout to determine whether it had enough exit points for the crowd. They are also talking to event management and witnesses to capture a better idea of what happened.

We know that the festival was severely understaffed in comparison to the amount of people who attended and that hundreds of people were able to break in through security.

Not only this, concert goers have stated on social media that security were sub par when it came to checking bags and other personal belongings, making it easy for anyone to smuggle in contraband.

There is speculation that many people were drugged, via syringes, with an unknown substance however, this is not proven to be true yet.

Imanbtw on Tiktok says “They didn’t check my ID or vaccination card”. Security tells her “I’m only here to make sure you don’t sell your ticket”.

Some families are yet to hear from their loved ones after the festival and due to this, a reunification centre has been set up at the Wyndham Houston Hotel.

Danish Baig was 27 and he unfortunately died in the crush after trying to help another relative.

Rudy Peña was from Laredo, Texas and his age has not yet been confirmed. His sister states that he was “the sweetest person, friendly, outgoing, he had many friends because he was always there for everyone… he was a big fan of Travis, he loved his music.“

Franco Patino was a 21 year old engineering student at the University of Dayton.

Brianna Rodriguez was 16. She was only a junior at Heights Highschool in Houston. Family members expressed their sadness on facebook and wrote “Dancing was her passion and now she’s dancing her way to heaven’s pearly gates.”

John Hilgert was the youngest to die at Astroworld, only 14 years of age. Stephen Shavlan on twitter said “He was one of the nicest kids I knew and always made people laugh,”

Jacob Jurinek, 23, was an art  and media student. He studied at Southern Illinois University.

Axel Acosta was only 21 years old. He studied computer science at Western Washington University. Unfortunately, Axel travelled alone to Astroworld and it was the first and last concert he had ever been to.

Madison Dubiski, 23, was a Varsity cheerleader and member of the National Charity League. She worked in marketing and advertising at Rhino Marketing Worldwide.