Why is Lo-Fi Hip-Hop So Good? 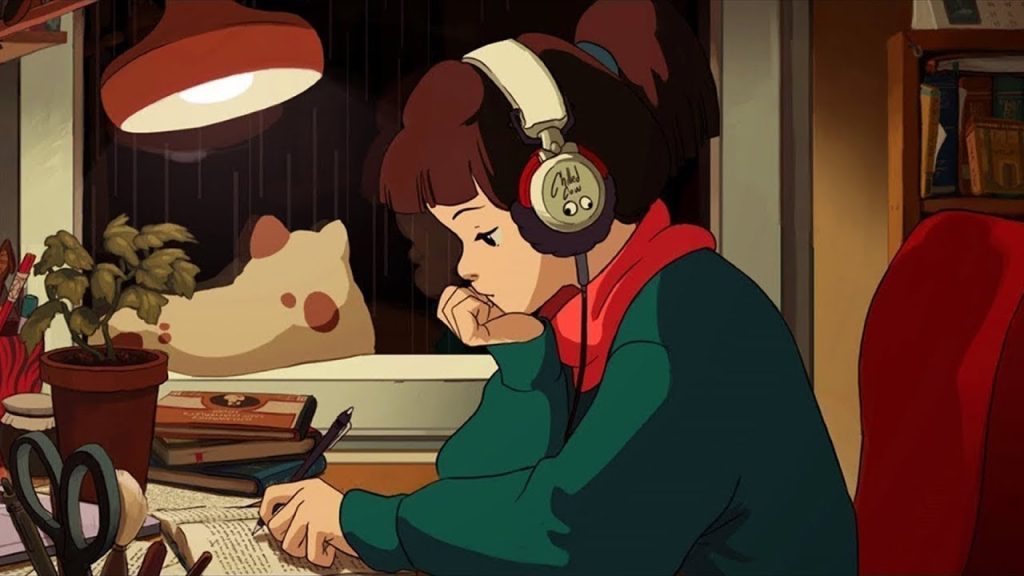 Wondering what all the hype is about Lo-Fi hip-hop? Are you unable to work without it? Lo-Fi music has become increasingly recognised throughout the dark months of the pandemic, and there are actual scientific explanations to why it resonates with people so much. Streaming services have countless Lo-Fi playlists, a popular example would be Lofi Girl (previously ChilledCow). Many vocalists and rappers perform over Lo-Fi beats due to their accessibility and the current relevance of the genre.

You may be wondering, what makes Lo-Fi hip-hop so good?

What is Lo-Fi Music?

Lo-Fi (Low Fidelity) is a fairly new genre of music. It has been around since the 80s, pioneered originally by American producer J Dilla. According to a video by Answer in Progress, Lo-Fi’s anatomy usually consists of 3 components: a jazzy instrumental; a boom bap drum beat; and intentional environmental noise. Songs usually play at around 70-90bpm.

Low fidelity is a type of recording that contains technical imperfections – such as distortion, humming and background noise – that alters the characteristics of the original live sound being recorded. In the past, Low fidelity recordings were often unavoidable because of the technology available at the time. Now we have the technology to record in high fidelity, the Lo-Fi genre arose, bringing its fans a comfortable sense of mood-improving nostalgia.

So, what exactly is it about Lo-Fi that helps you relax, study and work?

There is no single type of music that makes people more productive. Everyone is different, and what works for people can depend (for example) on personal taste, their mood, or their circumstances. To explore this further, I conducted a small survey of Networthpick colleagues to find out what music they listened to whilst working, and how it helped them to stay focused. I was looking for any characteristics that their music choices had in common, and whether any of these were similar to the characteristics of the Lo-Fi genre

Chyna loves listening to artists like Elijah Nang and Tom Day, as well as channels like Ambient on YouTube – which are great for zoning out whilst working.

Abbie likes listening to the sound of rain.

Megan doesn’t usually listen to music but used to listen to white noise or airplane sounds. She occasionally likes to listen to ambient music like Brian Eno to help her concentrate.

Mia can’t listen to anything because it distracts her too much.

Interestingly, Ashley enjoys listening to Korean R&B, such as BIBI and DEAN, the lyrics don’t distract him because he doesn’t understand the lyrics.

George argues that music can be a source of distraction for him, he spends too much time picking the music than working. However, he swears by Manuel Göttsching’s E2-E4 as its repetitiveness compliments a steady typing tempo.

Poi listens to remixes and slow reverb tracks, like JBEE – 4AM, J.I – Taken for Granted, and Star Man (feat. Gabzy)

Mikayla listens to screamo, deathcore and heavy metal – like After The Burial and Bring Me The Horizon. She argues that the heavy music helps her escape into a more focused headspace, without it she tends to get easily distracted.

Out of the 11 people who gave feedback, there was a prevalent theme of ambient/environmental sounds, and a common theme of repetitiveness. It seems most people prefer listening to lyricless music, as lyrics can be distracting. A small few need more stimulation in the form of upbeat music to help them focus less on what’s around them, and more on their work. Overall, it seems people are looking for predictable music, calming sounds or music they are familiar with to help them induce an effective workflow. Practically all these qualities can be found in Lo-Fi hip-hop.

The Science Behind Lo-Fi

There are numerous articles and studies on how Lo-Fi music affects your brain, and I’ve simplified a few of them so you don’t have to.

Inc. in their article point out that Lo-Fi ‘lulls your brain into a productivity trance’ using slow, wordless beats, seasoned with the nostalgic sizzle of a vinyl record. It is neither so slow it makes you sleepy, nor so exciting that it distracts you from working. Music Professor Victor Szabo is writing a book on the genre, and describes Lo-Fi as subconsciously predictable, giving the brain room to turn away from the sound and towards other things without being surprised or thrown off. Szabo describes Lo-Fi as musical ‘cocooning’ – wrapping you in a sonic bubble, protecting you from the distractions of the outer world.

Tram Nguten, member of the Cambridge Brain Sciences Team, and his colleague conducted a study published in the scientific journal Psychomusicology in 2017. The study found that music with low tempos and minor chords improved memory and performance the most. Lo-Fi is the perfect medium – it gives your brain enough stimulation to tune out stress whilst staying productive. The jazzy instrumentals lift your mood and spark your interest whilst the repetition of the drum grooves give a sense of motion.

Elemental’s article on productivity playlists refers to a study co-authorised by Music Professor Maria A.G. Witek on what type of music elicits a ‘pleasure response’ among listeners. Witek says that the way music affects concentration largely depends on individual taste. Although, work-appropriate music usually shares the following characteristics: lack of vocals; slow, repetitive, and soft; ambient/atmospheric sounds. These characteristics ‘promote the right level of physiological and attentional arousal in listeners, acting as a stimulant without distracting from the task’. Witek argues that high-arousal music contains more distinct events than low-arousal music, making it more distracting.

You could call distinct events in found in high-arousal music ‘Salient Events’ if you analyse it from the perspective of Kevin Woods from Brain.fm. In Engadget’s article, Woods describes salient events as sounds that are hard to ignore. They are piercing and change volume, like a dog barking or a baby crying. The opposite would be a steady drone sound, it would be easy to ignore because the brain can tune it out. According to Woods, there are populations of neurons in the brain tuned to react to pitch and volume changes. There are understandable psychological reasons why we’re distracted by unpredictable sounds, like a baby’s cry, because the sound is there to instinctively trigger a reaction. In Lo-Fi, crisp sounds are decreased to ‘reduce the attentional draw’ to the sound, therefore decreasing the salience.

Kevin Woods’ Brain.fm makes functional productivity music using an AI algorithm to tune it specifically to activate neuron activity linked to focus, meditation, and relaxation. Woods explains that ideally, ‘focus music is going to have a drive and energy, a sense of motion, not too light and airy.’ Woods argues that Lo-Fi music doesn’t have much to do with scientific parameters, but more to do with the emotion in the notes and rhythms. People love listening to Lo-Fi because it sets a mood.

Another technique Lo-Fi music uses is a production effect called spatialisation, which makes the instruments used in a track sound less like a recording and more like something in a physical space. Many brands of Bluetooth headphones have a spatial audio setting so you can experience this for yourself. Woods explains that the sound of a snare drum might usually be a salient event, but with usage of effects like reverb and spatialisation it can help blend all the sounds together.

With all this information we can explain why slow, mellow, jazzy music helps with productivity. But what about the vinyl crackle or the sound of rain? Why do environmental sounds work too? Szabo calls these sound effects ‘a texturally consistent sonic mulch.’ They can block out intrusive sounds of your work environment, whilst additionally stimulating feelings of nostalgia and comfort. And to quote Woods one last time, the vinyl crackle cuts back on musical surprises by adding a constant to the music. That’s why some people insist ‘vinyl just sounds better’ but can’t explain why.

Lastly, listening to Lo-Fi whilst working helps with motivation, simply because it makes work more fun. Lo-Fi isn’t interesting enough to listen to for pure enjoyment, but it’s perfect background music to relax, work or study to. Lo-Fi radios and playlists on YouTube and other streaming services now have enormous followings, because you get people like me who stream the music all day whilst they work.

What do you listen to whilst working? Why not give Lo-Fi hip-hop a try?