Are England doomed to have a hooligan fan culture? 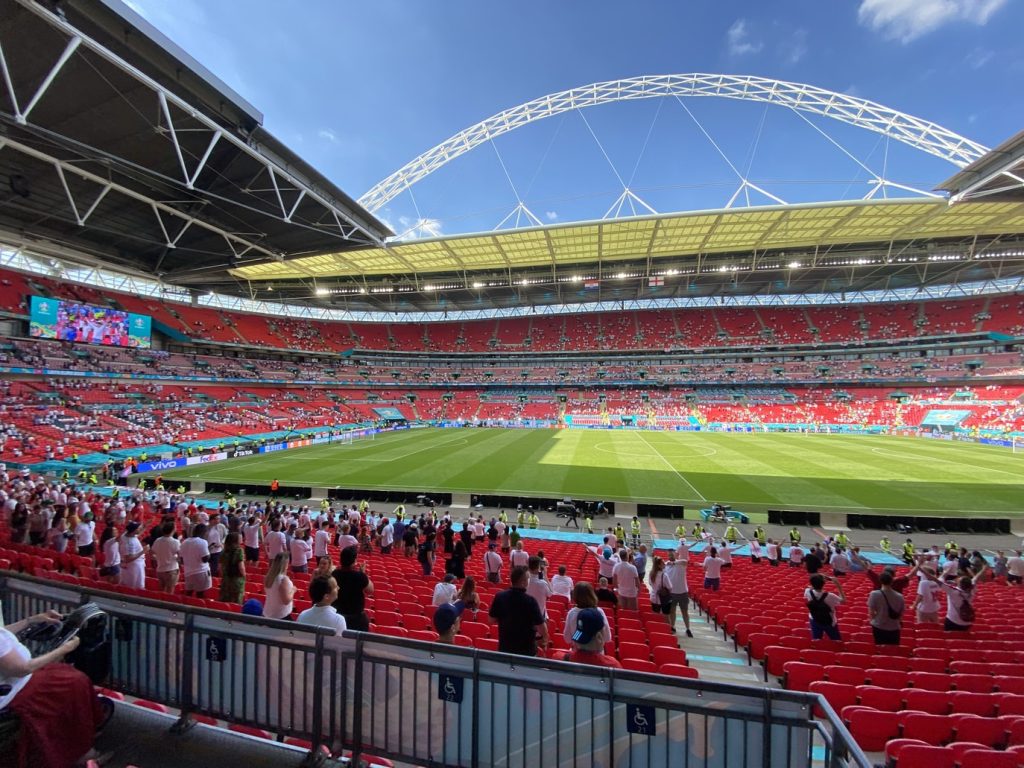 It was the day that many a generation of England supporters had waited for.

Sunday the 11th of July 2021 was the day that England finally reached a major international tournament final again, having not appeared at that stage of a competition since that iconic World Cup triumph of 1966.

It was set up to be a special occasion, with Gareth Southgate’s side having captured the hearts and imaginations of the country yet again, after years of disappointments and early tournament exits.

The summer of 2018 massively repaired the relationship between the country and the national team, with Southgate’s unfancied young side defying the odds and making it to their first World Cup semi-final since 1990.

Memories of fans singing Three Lions and World in Motion in the fan parks, in the streets and the pubs spring to mind when thinking of that special tournament in Russia.

Euro 2021 was meant to be a step-up and for the most part, it was, with all but one of England’s games at the tournament hosted at Wembley Stadium, the traditional home of the Three Lions.

Who could forget that glorious victory against Germany in the last-16, or that nail-biting but joyous semi-final defeat of an impressive Denmark outfit?

Whilst it was heart-breaking to lose to a strong Italian side on penalties at the final hurdle (especially after Luke Shaw had given England a very early lead), the real anguish is the events that happened during and after what should’ve been a memorable evening for all of the right reasons, for English football.

In fact, the events that surrounded the final may just have inflicted irreparable damage to England’s and the rest of the United Kingdom’s prospects of hosting another European Championship or World Cup anytime soon.

The chaos started before the teams had even come out of the tunnel and onto the pitch, with a number of people barging their way through turnstiles without actually having a ticket, leaving stewards trampled on the floor.

Following this, there were a number of complaints throughout the match of particularly, intoxicated fans intimidating others and ruining the experience for those around them.

Whilst intoxication through alcohol is pretty much par for the course for a lot of football fans across the world and is to be expected (whether that is right or wrong), the intimidation from fellow fans is simply unacceptable and begs the question of whether this is something that is doomed to haunt English football for the rest of time.

The most predictable and perhaps saddest of all was the inevitable racist abuse received by Marcus Rashford, Jadon Sancho and Bukayo Saka after the unsuccessful conversion of their penalties resulted in Italy’s victory at England’s expense.

This is not the first, and sadly won’t be the last time, in which England and their supporters have come under fire at a major tournament.

Going back into the not-so-distant past, there was the threat of England being thrown out of Euro 2016, after frequent fighting on the streets of France between England and rival fans.

Sixteen years before that, England was almost ‘expelled’ from Euro 2000, after England fans had rioted before their crucial group-stage clash with Germany in Belgium.

A 1-0 victory for the Three Lions that night was marred by drunken hooligans from both the English and German fans, after Euro 96 had shone a positive light on English fans following their hosting of the tournament.

UEFA has imposed a one-game stadium ban on the English FA, with a second game which is suspended for two years, following the unrest from that Euro 2021 final.

This effectively means that UEFA has punished the FA with a behind closed doors fixture for England, for their first UEFA Nations League home match for the 2022-23 campaign, which will bring us all back to the dark days of football without fans, that football fans across the country had to endure between March 2020-May 2021.

Whilst the punishment seems fair for what was a particular low for the history of English football, it also begs the question of how this will change something similar from happening in the future.

In the two competitive fixtures at Wembley since, England’s World Cup Qualifiers against Andorra and Hungary have gone off largely without trouble (from the home fans anyway), but they probably don’t represent the tension and anticipation of a major tournament knockout clash.

The major hooligan problem for the England FA to tackle is during major tournaments, abroad and at home, as England’s home qualifiers for both the Euros and World Cup largely go off without much trouble if any, barring a few exceptions over the years.

England now seems to have a problem that certain other nations don’t have. That’s a problem that the FA and potentially parliament need to tackle, or they could risk losing a whole generation of football supporters scarred by the events of Sunday 11th July 2021.

On the other hand, a sell-out crowd is expected for England’s final home World Cup Qualifier against Albania on the 12th of November, with the feel-good factor from Euro 2021 still rolling on into the Autumn months.

Change needs to happen, but whether it will or not, is an entirely different question itself.