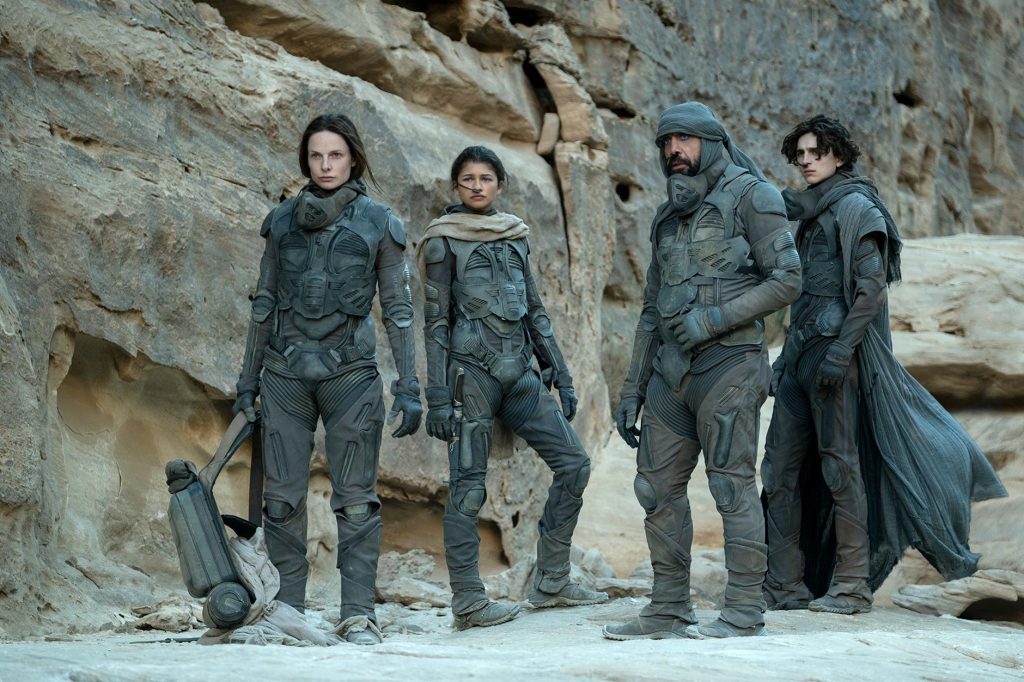 Denis Villeneuve’s Dune is Hollywood’s most recent attempt at adapting the classic novel of the same name by Frank Herbert. Critically, Dune has been revered and appreciated but has received mixed reviews from the general audience. Some of which claim that they found the movie boring.

Dune, or rather Dune: Part One, is a 2021 Sci-fi epic directed by Denis Villeneuve and written by Villeneuve, Eric Roth and Jon Spaihts. It is an adaptation of the 1965 novel by Frank Herbert, covering only the first half of the book. Set in a future world of space travel, it follows the story of Paul Atreides and his family, the noble family House Atreides, who are ‘gifted’ the inhospitable planet of Arrakis by the Emperor. Arrakis, the desert planet, is where they harvest spice, the most valuable substance in the world of Dune. It’s a psychedelic drug that gives the user greater vitality, heightened senses, a longer lifespan and in some humans can give the ability to see into the future. Spice is what makes space travel possible. All is not as it seems, however, and House Atreides quickly find themselves in a deadly war over Arrakis. Paul and his mother Lady Jessica end up seeking the aid of the original settlers of the planet, the Fremen.

First, the good or rather the great, Dune has excellent cinematography and visuals. Villeneuve excels in making every shot of a movie look like a painting, and he shows off his skills of visual composition in Dune. The CGI and visual effects are equally as impressive. They look realistic and blend seamlessly with the environment. From the well-choreographed action scenes to the still shots, the visuals of Dune impress, excite and transport the viewer to a world not of our own.

Timothée Chalamet plays Paul Atreides, the main character, and displays his abilities for both charm and intensity. But who really steals the show was actress Rebecca Ferguson who played Lady Jessica, Paul’s mother and a member of the Bene Gesserit. Rebecca Ferguson perfectly captured Lady Jessica’s mystique, wit and ferocity, easily making her the most interesting and well-played character in the movie.

Now for the not so great. Dune 2021 is an adaptation of a book and that is made very obvious. Filmmakers always face a difficult choice when adapting a story from a book, whether to adapt the story as close to the source material as possible or to use creative liberty to change the story entirely. The latter is usually done to help the story fit the film format better and help it appeal more to movie fans. Villeneuve decided to strictly keep to the source material and faced the consequences of doing so: slow pacing.

Although I, as a book reader loved the slower pacing of this movie as it gave time to fully explain the world, characters and build tension, the average moviegoer may feel that the movie drags on and may even find it boring. In my opinion that is completely understandable. As well as a slower pace the movie’s ending was also lacklustre. Because the film only covers half of the book’s events, it feels as if the movie ended too soon, despite its 155 minute runtime. This left many viewers, including myself, feeling underwhelmed at the rather anticlimactic ending. Plot changes may have helped the movie have a bit more of an impactful ending and create a faster pace to appeal to general audiences. The ending was, however, thematically consistent and important to Paul’s character. Making the movie longer would’ve been crazy so I can understand why Villeneuve chose to end the movie where they did.

In defence of Dune’s slow pacing, the movie’s predecessor Dune 1984 by David Lynch suffers from completely opposite issues. It rushes through the story in an attempt to cover the entire events of the near 800-page book into a film run time of 2 hours and 17 minutes. This film suffers from a lack of detail, rushed story and underdeveloped plot and characters compared to the books. Villeneuve’s Dune avoids these issues but at the cost of slower pacing and a less eventful story. In the end, it’s a ‘damned if you do, damned if you don’t’ situation and I think ultimately Denis Villeneuve made the right choice.

I also strongly believe that Dune should’ve had a higher age rating. I’m a big fan of violence, gore and realism (don’t judge), and the careful censoring of brutal violence in order to pass for a 12A rating (PG-13 in the U.S) is rather irritating. I’m sure that most 12-year-olds probably don’t have the attention span to sit through a slow-paced 2 and half hour film. I’m also sure that they aren’t the target audience for a brutal sci-fi story about colonialism and environmental destruction. It would’ve been better if Dune had a rating of 15 or even an 18 to allow for a display of violence more consistent with the themes of war and brutality.

I give Dune a solid 7/10, it’s a great movie that lays a good foundation for an excellent franchise. Although the slow-pacing and ending made it feel like a prologue, which it essentially is, the visuals, interesting world-building and characters kept me fully engaged and entertained.