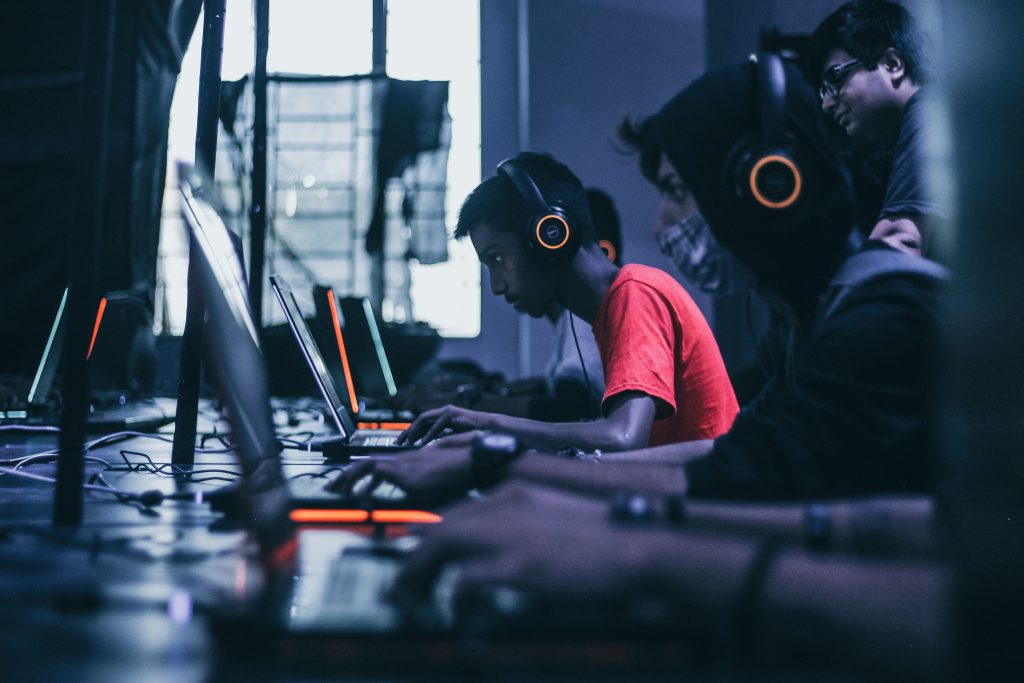 It’s the 11th of September 1977,  five years after the release of the first ever gaming console, the Magnavox Odyssey. Today is the day you decide to buy your first console, the Atari 2600 as you just can not wait to play Pacman, Space Invaders and Donkey Kong. As you happily play your games, you sit and wonder what gaming will be like in 40-50 years from now.

Well, gaming is somehow great and not so great at the same time. Let me tell you why and how modern day gaming may be going downhill.

Back in the 70s when Consoles were first released, gaming became very popular, very quickly. Although, having a console was not a staple for every household, unlike today where most people will have a device of some kind, for gaming.

The games tended to be built into the console however, now you buy the games and consoles separately and this is the first problem(ish).

I say Problem-ish because a lot of people enjoy collecting the physical forms of games whether that be cartridge or CD, myself included. Modern day Consoles like Xbox one and PS4 allow you to digitally download most games that work on their platform as well. However the price of buying a physical copy of a game pretty much triples in comparison to digitally downloading one. You’re basically paying extra for a bit of plastic and a CD whereas the original consoles came with games on them. You didn’t have to go through the effort of buying or downloading loads of separate games. However, they only had a few for you to play unlike now, where you can purchase hundreds of games for one console.

As technology has evolved rapidly over the last 45 years, so has the gaming industry.

The consoles are needing more and more harddrive capacity to be able to run games. If you have ever, or still own a PS2, hopefully you remember having to insert 8MB or 16MB memory cards, which seems like more than enough space to hold your game data at the time. Now 8MB is miniscule in comparison to the amount of capacity you need for just one game. Take ‘Elder Scrolls Online’ as an example, to install this game, you need 96.5GB of space. That is roughly 12,000x more than a single 8MB harddrive that used to be able to hold all your game’s data, and then some.

We’ve upgraded from 16bit graphics to 3D graphics that blur the line between reality and fantasy and that’s why we need so much space for games. However, it’s not the size of the games that is making modern day gaming go downhill, It’s the content of the games themselves.

‘ The gaming industry has been going downhill for years. Developers publish unfinished content and require people to pay for downloadable content to complete or finish the game. ’

A lot of companies tend to release games that are unfinished, forcing consumers to pay extra for a DLC at a later date. Unsurprisingly, this trend gravitates around AAA games which get the most publicity. Take ‘Destiny’, released in 2014 by Activision (Before separating and self-publishing as Bungie), as an example. You pay £16 for the game, knowing you’ll have to pay for the DLC which is an extra £10 on top of that. Having to pay £26 for a video game for today’s standards does not seem that expensive but the deceit in ‘Destiny’ lies within the fact that you can’t even collect all the medals in the game without having to buy the DLC (and we all know that one person who just wants to 100% every.. Single.. Game they play).

‘Destiny’ has generated nearly $1billion for Activision and that’s just sad to think about, isn’t it?

So much effort, hours and dedication has to go into making a fully functional video game but sometimes it just doesn’t work out.

‘Cyberpunk 2077’ was released in December 2020 and was probably one of the most anticipated games since its appearance at the E3 conference in 2018.

Despite its brilliantly successful marketing campaign, Employing Actor, Keanu Reeves as co-protagonist in the game, it was ‘one of the worst launches a game of its stature could have had’, according to Rahul Majumdar at IGN India.

A lot of promises were broken by game dev, CD Projekt Red, in terms of game performance and releasing it before it was ready.

The main concern here is that the game performed poorly on the designated consoles it was designed for, Xbox One and PS4. ‘CyberPunk 2077’ was meant to be designed to run 30fps at 1080p however, the consoles would struggle to keep up with the graphics and would crash. Then when the game ran normally, ‘it would bug out in multiple quests that prevented players from progressing forward’.

Sony Removed the game from their online store, which is not surprising given the performance issues consumers had. However, an AAA game had not been removed from stores so quickly after its release in a very long time.

Luckily now people are able to play the game on upgraded gaming consoles like the Xbox series X/S or PS5 via backwards compatibility. Although the quality of gameplay has improved greatly, it’s still not without its flaws.

We can’t completely blame CD Projekt Red for rushing the release of this game though when thousands of people were pressuring them to release it for two years, non stop.

So, one of the main reasons for the decline in gaming quality may be down to customer demand. If we had waited until the new generation of consoles were created, we could have had a fully functional game on release.

Microtransactions are used all the time in games. Typically consumers pay for extra content that isn’t needed, like new skins for their favourite character or new weapons. ‘League of Legends’ is notoriously known for charging you up to £10 for one skin, when they have over 100 characters to play and some of them having more than 10 skins each. Also in a lot of games, particularly on your phone, you have to pay to skip ads. Therefore, companies are earning money from monetization as well.

Game Devs include gambling into their games because they know gamers will pay for extra, better content. ‘Counter Strike -Global Offensive’ has a gambling system that allows you to buy/ trade weapons that give some players an unfair advantage over others. These weapons tend to have higher stats, making it easier for players to defeat an opponent. It’s practically impossible now for you to enjoy a multiplayer game without having to sell your soul away to AAA companies, to keep up with other players. Alongside this, a lot of people hack and cheat games, making it near unplayable for you.

Not all game devs are bad.

Most AAA game devs are greedy and unjust giving a bad rep for independent companies that are not like them.

The Binding of Isaac

Developed in 2011 by Edmund McMillen and Florian Himsl. It was nominated for ‘Best Independent Game Category’ at the 2011 ‘Spike Video Game Awards but lost to Minecraft, Naturally.

This farming simulator was developed by Eric Barone or more commonly known as “ConcernedApe”. It was released in 2016 and was one of the best open-ended RPGs of the decade.

These are just three examples of brilliant developers that create great games, for a much cheaper price than our AAA alternatives.

Gaming will never stop. It’s a part of history. Even before technology developed, we played with cards or chess boards. So despite the struggles we see in modern day gaming, Consumers will always want more and be willing to pay the price for it. I love video games, so I completely understand the addictive qualities they have. The question I have in my mind is, is it right for us to be buying into games when some developers are barbarous in their money-grabbing ways and release unfinished or buggy content? At some ridiculous prices, I may add.

It’s easy for us to wish that we can buy entire games without buying the DLC or having to gamble to one up the other players, but unless we go back to the 70’s or remove gambling in gaming, I doubt things are going to change.