Lemmy trapped in a lighthouse: An Interview with Leeds band, Fuzz Lightyear 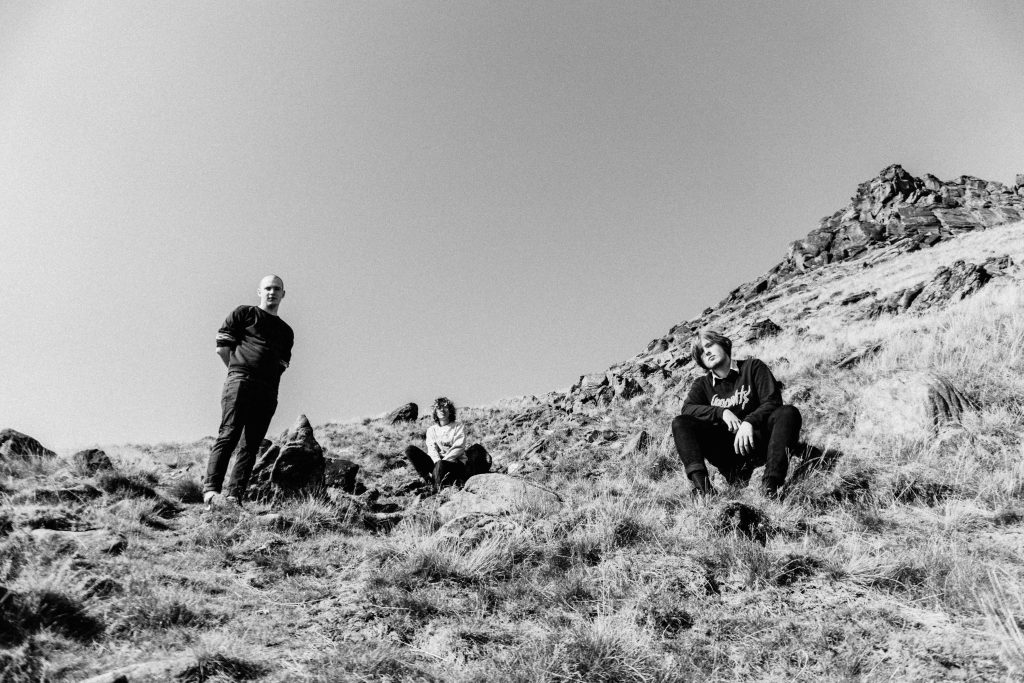 Bonfire night, 2021 and a video is posted onto a Leeds student group of fireworks being let off in the street. Small kids in balaclavas are shooting rockets at a police van and then at each other. There are sparks and flashes of rockets the size of supernovas. It could be the wild west or it could be Mega-City One. There’s a sense of lawlessness and desperation, but there’s also acceptance. That is just Leeds at this time of year. I laugh and show my girlfriend the footage. ‘Look! This is happening near my house!’

It could be easy for a band, particularly a university band, to glamourise these surroundings. To feed off the desperation and use it as an origin story. This isn’t the case for Leeds three-piece, Fuzz Lightyear. Their lead singer, Ben Parry, laughs over Zoom as he recounts watching Borat 2 after a gig. ‘It was the least rock and roll thing I’ve ever done.’

Saying that, their music is fitting for the firework battle that followed our interview. Their tracks have an explosive quality. Delay pedals oscillate like Catherine Wheels underneath thunderclap vocals. Parry’s singing can be quite poppy and melodic or it can be doomy and guttural. Like Lemmy trapped in an empty lighthouse. But there’s catharsis in the chaos; Parry describes the rush from playing their music as ‘free therapy’. It’s a world away from the polite Swansea boy who explains to me that Fuzz Lightyear are ‘a band born out of being mates’.

Their debut EP, Fuzz II opens with a guitar that sounds like someone pulling a shower curtain back too quickly. I’m still not entirely sure it’s a guitar, but I like it. It’s a good example of how a small lineup can remain versatile and push the boundaries of rockist guitar playing. I ask Parry if he feels like being a three-piece pushes them to think outside the box. ‘Well, we all abuse pedalboards in different ways, even Josh [the drummer] has pedals. We never really decided to become a three-piece. We were just mates and liked jamming. In the beginning, the songs were very simple, so we only needed three members.’

Following on from the EP, the band released ‘Berlin, 1885’ earlier this year. It was recorded by Alex Greaves (Working Men’s Club, Lice, BDRMM) and showcases a band beginning to take themselves more seriously. Ben self-effacingly reminds me that, ‘we really don’t like being seen as a serious band. I hate the idea of idolatry. I’m not at all a cool person, so for me to pretend to be that would be completely disingenuous […] I was a hippy. But then I got really sad and thought, “why are people hippies?”’

But whilst the band may not take themselves seriously, they clearly take their music seriously. ‘Berlin, 1885’ sounds professional and showcases the band at their most dynamic. As Ben points out, ‘it’s the whole quiet-loud thing on steroids’. The bassline, played by Varun Govil, scratches and crunches as drummer, Josh Taylor, tries his best to punch a hole through his snare. The track eventually swells into a post-rock crescendo, with rising guitar melodies that could pluck a rocket out of the stars; before it all comes crashing back down.

Written over lockdown, the song’s lyrics take aim at racism and general apathy:

‘That song is about general political dissatisfaction. Why do you choose to hate each other? Why do we choose to be ignorant of other cultures? The summer of lockdown was quite a politically tumultuous time. Black Lives Matter was gathering momentum and we were feeling that dissatisfaction. There was a feeling of a groundswell around that time and that’s what I was trying to document. That feeling of complete anger at the state of the world. And how so many people are just okay with it. […] When you’re an artist you’ve got a responsibility to push yourself into everything. Art is the best escapism, but at the same time I’d feel like I’m not meeting my duty by not talking about these issues. We all have a responsibility to do that.’

Whilst the message may seem clear, the song doesn’t feel overtly political. But it sure sounds angry. Most of all, it makes me wonder: when Leeds is burning to the ground, should I be laughing?