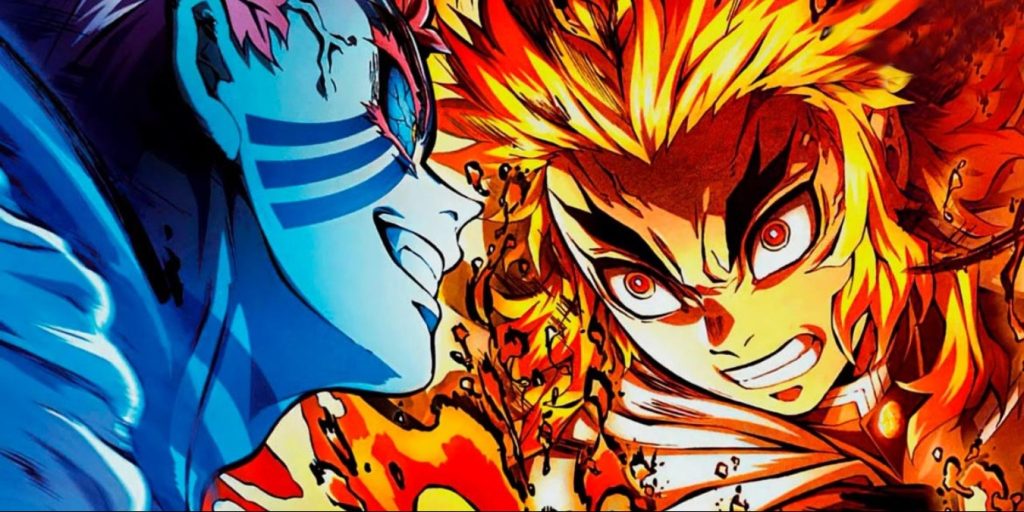 Kimetsu No Yaiba, also known as Demon Slayer, is a Japanese animation that has stirred anime fans globally.

Originally, it was written and illustrated, as a manga series, by Koyoharu Gotouge.

It is set in Japan during the Taisho period. As you follow teenage boy, Tanjiro Kamado, after his family is slaughtered within the first episode by demons, leaving only his sister alive, you are met with an encaptivating storyline with many plot twists. One example would be that his sister, Nezuko, turns into a demon herself after the attack on her family but somehow manages to resist the urge to kill her brother and the ones he loves.

I’ve watched it myself and can honestly say it’s one of the best anime I have seen within the last five years.

“There are a lot of anime about the slaying of demons. Almost too many, in fact.” says Daniel Kurland at denofgeek.

I agree with him. Probably about 30% of anime released are about the supernatural. There are hundreds of genres to choose from, so in retrospect, 30% is a lot.

However, Demon Slayer pushes outside the boundaries of your typical anime about slaying monsters or demons.

You are still following young Tanjiro and his sister, but he has gained new comrades he trusts and calls friends. They board an infinity train to assist the Flame Hashira (you meet him in the first series) in his mission to kill a powerful demon who has been tormenting the passengers and killing fellow Demon Slayers.

However, soon after boarding, they are all enchanted and thrown into a deep sleep by Enmu, the demon they are hunting. But these trained demon slayers are powerful, and can still fight in their sleep using mental abilities, eventually waking themselves up. Tanjiro finds out that the demon had infused his head with the train, and now his new mission is to find and sever the demon’s neck.

Unfortunately, the Flame Hashira passes away at the end of the movie, leaving Tanjiro and friends mourning the devastating loss of one of the most powerful Demon Slayers in the franchise.

Fans were clearly excited about this one as it broke North American box office records by earning approximately $21.1 million in its first weekend.

Thus, turning this film into the No.1 foreign-language launch in US box office history (although it also aired in English).

It was released in April this year in US theatres and in October 2020 in Japanese theatres. It has become the highest-grossing Japanese film of all time, earning roughly $350 million, breaking the record previously set by Hayao Miyazaki’s Spirited Away.

These are extremely impressive numbers given the fact that we are in the midst of a pandemic.

I fell in love with the characters, their story, their tragedies and everything that encompassed them. It’s hard not to fall in love with a franchise that offers you lovable and relatable characters, an enticing story, plenty of plot twists, and a new and exciting insight into the supernatural genre.

The only critique I have is that we never really know or get to know Kyojuro Rengoku, the Flame Hashira.

We encounter him briefly a couple of times in the first series. During this film, we don’t really become acquainted with him either because we are too busy watching him, Tanjiro and the others fight for life and death.

I empathize with the characters as they felt a great loss, and although the scene was truly heartbreaking, I don’t feel myself missing the Flame Hashira in future series or movies.

Considering this film was focusing on Tanjiro and the Flame Hashira, I feel like we should have been given a chance to familiarise ourselves with him during the first series. We’d then be able to connect emotionally with Rengoku, resulting in a deeper impact on the viewer.

If you haven’t watched Demon Slayer or its sequel already, I highly recommend it to you!