Who was Lili Elbe? – The Real Danish Girl 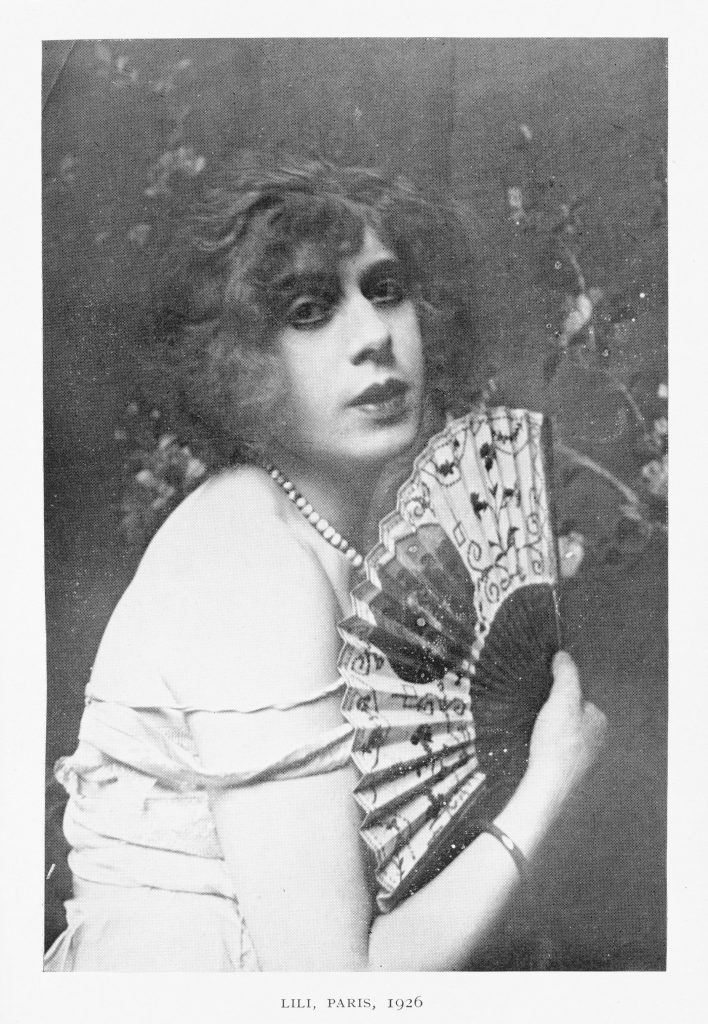 In 2015, The Danish Girl was released. The film is loosely based on the life of Lili Ilse Elvenes, better known as Lili Elbe, a notable transgender woman in the early 20th century. Although The Danish Girl received good reviews, it was also criticised for its many inaccuracies. Of course, there is nothing wrong with works of fiction that are based on true events, including this film. Still, I think it’s a great disservice that Lili’s extraordinary life is best known through a dramatised retelling, so in this article, I will explore the real story of Lili Elbe.

A question that often crops up in narratives about transgender people is: how to refer to the transgender person before and after their transition? In most cases, the answer is to always refer to them by their chosen name and gender, even before they did so themselves. The alternative, using their birth name and gender assigned to them at birth, is considered very disrespectful by most transgender people. However, in this particular case, I am going to make an exception to this. Lili saw her female self and her male self as completely separate people who happened to share a body. In her writings, she refers to herself as Lili with female pronouns when she presents as a woman, and as Einar – Lili’s birth name – with male pronouns when she presents as a man. I have decided to refer to Lili as such by default, and refer to her as Einar in a few circumstances to keep things from getting too confusing.

Lili was born in 1882, in Vejle, Denmark. She met Gerda Wegener (née Gottlieb) at the Royal Danish Academy of Fine Arts in Copenhagen, where they both studied, and the two married in 1904. At the time Lili was living as a man, but a few years into her marriage, she had an experience that would forever change her.

The Evening That Lili Was Born

Gerda was known for her paintings of beautiful women, and one night she was set to work on a portrait of her friend, the actress Anna Larrsen. There was only one problem – Anna couldn’t attend. She suggested that Lili model for the lower part of the portrait, saying that “[Lili’s] legs and feet are as pretty as mine.” At first, Gerda and Lili treated this as a joke, putting Lili in women’s clothes, make-up, and a wig. The mood turned when Lili saw herself, dressed as a woman for the first time. Later, Anna Larrsen came to the studio, and was delighted when she saw Lili dressed in her clothes. Anna was the one to give Lili her name – a “particularly lovely, musical name”, according to Larrsen. The last name Elbe was chosen later by Lili herself, for the river that runs through Dresden, where she received most of her surgeries.

And I cannot deny, strange as it may seem, that I enjoyed myself in this disguise. I liked the feel of soft women’s clothing; indeed, I seemed to take to them as a matter of course. I felt at home in them from the first moment.

Lili became somewhat of an alter-ego to her male counterpart. Most of the time, Lili lived as Einar Wegener, the well-known painter. Lili would frequently appear for parties, or to model for Gerda’s paintings. Lili became Gerda’s favourite model and a frequent subject in her paintings. In her life and in her writing, Lili considered herself and Einar to be separate people who merely shared the same body. They seemed to have distinct personalities, with Lili being far more flighty and childish than steadfast Einar. Gerda and Lili settled in Paris in 1912, and Lili would often attend events and entertain guests, under the guise of being Einar’s sister. Only Lili and Gerda’s closest friends knew the truth about Lili, and most of them were very supportive of her. Lili lived this double life for many years, however, in the late 1920s she began to feel very uneasy. She often felt unhappy and was subject to uncontrollable crying, as well as frequent nosebleeds and violent pains. She presented herself as Lili more often than before, sometimes for days at a time. Lili attributed this to her being “both man and woman in one body, and that the woman in this body was gaining the upper hand.” It felt as if Einar was dying and the only part of her that remained alive was Lili. Interestingly, she said that many other people in her life noticed this change. Her biography shared many anecdotes from this time where people mistook her for a woman at times when she was presenting as Einar. In May 1929, she gave herself an ultimatum: if she couldn’t find a way to separate Einar and Lili in the next year, she would have to kill herself.

Lili saw many doctors about her distress. Some diagnosed her with hysteria or lunacy, and a couple of them suggested that she was simply a homosexual man – Lili rejected these ideas. Help would come from Kurt Warnekros, a German gynaecologist who was living in Paris at the time. Warnekros recommended that Lili come to Germany, where she could receive gender reassignment surgery. She did, and underwent three successful surgeries in 1930 and 1931.

Einar was dead, and the newborn Lili Elbe could blossom. From her letters and diary entries it is clear that, although things were sometimes difficult for her, Lili was happy following her surgeries in Dresden. At first, she was withdrawn, worrying that strangers would judge her as a fraud of a woman, but over time this fear died down. In one diary entry, Lili wrote: “I am not nervous anymore. No one takes any notice of me on the streets.” Lili and Gerda annulled their marriage, and Lili moved to Copenhagen once she had recovered. She decided to make her transition public, and, while the story of her transition was international news, she received little attention on a day-to-day basis. While she was in Copenhagen, Lili reconnected with an old friend, Claude Prévost. They fell in love and wanted to get married. Before they could, Lili realised her next wish: to become a mother and, as she thought it, a real woman. In her letters, she explained: “I want nothing more ardently than to demonstrate that Andreas has been completely obliterated in me—is dead. Through a child I should be able to convince myself in the most unequivocal manner that I have been a woman from the very beginning.” She returned to Dresden for her final operation.

Lili’s fourth surgery was sadly unsuccessful. Dr. Warnekros constructed a vagina for Lili, making her the second transgender woman in the world to undergo such an operation. In addition to this, the doctor transplanted a uterus into her body. While the first surgery is now a common procedure for transgender women, womb transplanting is still extremely rare and dangerous. It is only performed on cisgender women and is considered by some ethics specialists to be unethical as it is not a life-saving procedure. Lili Elbe is the only recorded trans woman to have received a uterus transplant. Her body rejected the uterus and she died on the 13th of September 1931, just three months after her operation.

Lili Elbe’s story is a fascinating and beautiful one, with both joyous discovery and great sadness. It is important to note that Lili knew the dangers of her surgeries, and was happy to undergo them, and she cherished her short time as Lili. She was grateful for her life and optimistic that the surgeries would allow her to enjoy more of it, even if that was sadly not the case. In one of her final letters, she wrote: “If sooner or later I should succumb physically, I am quite reconciled. I shall at least have known what it is to live.” I think it is better not to focus on the tragedy of Lili’s death, but rather on the beautiful happiness that she felt. I’m grateful to the book Man into Woman, of which the English translation can be found on the Lili Elbe Digital Archive. I highly recommend that you read it, for a personal and captivating look at Lili Elbe’s life. It is wonderful to read about how Lili viewed her identity, in her own words. I hope you have enjoyed reading about the real story of Lili Elbe.

But that I, Lili, am vital and have a right to life I have proved by living for fourteen months. It may be said that fourteen months is not much, but they seem to me like a whole and happy human life.