The Legacy of Freddie Mercury 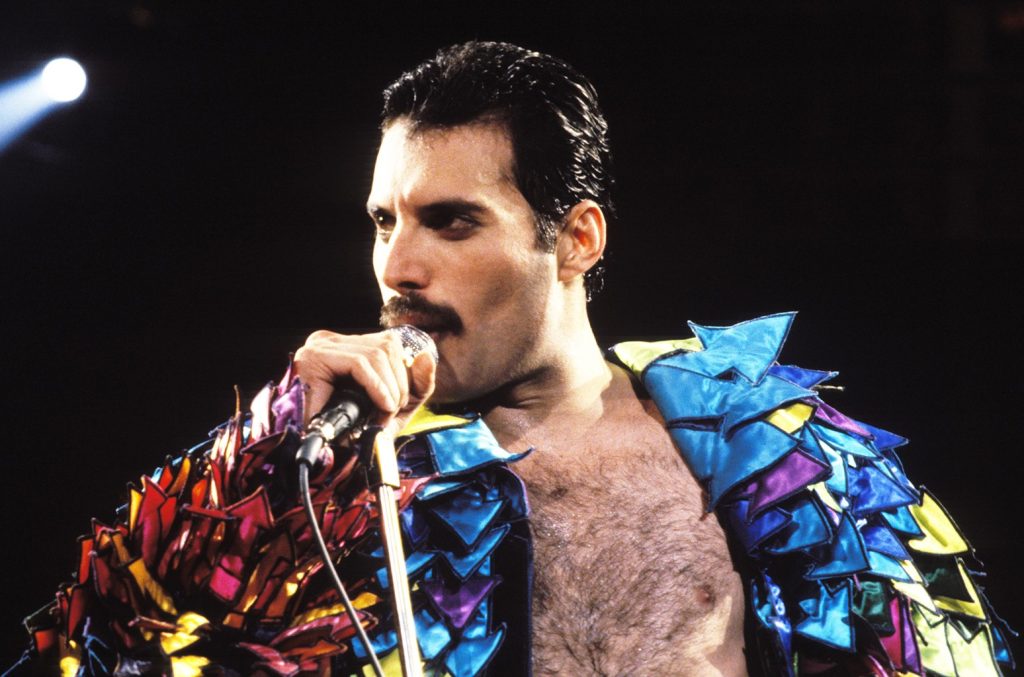 Farrokh Bulsara was born on the 5th of September 1946 in Zanzibar.

At 18 years old, Bulsara and his family fled from the Zanzibar Revolution, making themselves a new home in Middlesex, England.

Bulsara was always musically inclined. Even from a young age, he could hear a tune and replay it on the piano without sheet music.

After years of studying and writing music, in 1970, he formed the globally admired band Queen, alongside Brian May and Roger Taylor. And thus, the stage name (later becoming his legal name) we all know well and truly today, Freddie Mercury, was born.

Freddie, unfortunately, died on this day, 30 years ago due to complications with AIDS. Even 30 years on from his passing, Mercury is regarded as one of the greatest and most influential singers in music history. He broke the conventions of the typical rock frontman with his flamboyant persona on stage and impressive four-octave vocal range.

Live Aid was a concert held on July 13th, 1985. It was hosted at Wembley Stadium, London, and at John F Kennedy Stadium, Philadelphia, simultaneously.

Masterminds Bob Geldof and Midge Ure cultivated this concert in order to raise money for the 1983 -1985 Ethiopian Famine. This movement started seven months prior with the successful release of the single Do They Know It’s Christmas?

Roughly 72,000 people attended the concert in the UK and around 89,000 in the US. It was broadcast on TV using a satellite linkup (the largest in TV and Broadcast history, in fact) with an estimated audience of 1.9 billion people in over 150 countries. Nearly 40% of the population, that’s absolutely crazy to think about.

Approximately $127 million was raised that day.

Queen was set to play on stage between U2’s and David Bowie’s performances. This put them in a very precarious position as Bowie and U2 were two of the biggest names during the ’80s, even more popular than Queen.

However, Freddie managed to completely steal the show and reignite fans’ passion, which was losing momentum in the early ’80s.

Their set truly was amazing, which featured old and new songs by the band.

This included Bohemian Rhapsody, Radio Ga Ga, Hammer to Fall, Crazy Little Thing called Love, We Will Rock You and We Are the Champions.

Noticeably, these songs are now some of the most well-known Queen pieces and this may be due to their huge success at Live Aid.

Mercury was everywhere: Starting the set on the piano during Bohemian Rhapsody, then bouncing around on stage with his iconic microphone during Radio Ga Ga. There was electricity in the air as the crowd clapped in unison to Mercury’s emotion-filled singing.

He owned the fans and ruled the stage, making it Queen’s best performance to date. If you take into consideration the popularity of all the others performing, Queen were not supposed to be the musicians that stole the show, but they did and it was very well deserved, all thanks to Freddie.

Brain May noted, “It was the greatest day of our lives.”

By the mid-’80s, Queen’s omnipotence was undeniable. Especially after their Magic Tour during June – August 1986.

On the 9th of August that year, over 120,000 people assembled at the gates of Knebworth Park, UK, to see Belious Some, Status Quo, Big Country and the headline act, Queen.

The concert was outstanding and powerful, almost at the same levels as the Live Aid performance the year before. But what none of the fans, nor band members knew, is that this would be Freddie’s final live performance.

Like the true, dramatic rock stars that they are, Queen arrived via a helicopter and continued to play a two-hour set, which had the audience enchanted from the very first song.

They ended the show with an emotion-fuelled rendition of God Save the Queen.

Fans were witnessing Freddie’s goodbye and final concert, completely unaware of the frontman’s illness. This truly broke his heart as performing was second nature to him and his fans were his world.

Mercury knew he was seriously ill, although his diagnosis was not until a year later, in 1987.

During this time, AIDS was extremely stigmatised due to the stereotype of it only affecting gay men and unfortunately, in the ’80s, people were less accepting of same-sex relationships. Mercury struggled with accepting his sexuality and sadly, I don’t think he ever fully did.

Freddie refused to tell fellow band members, friends or family of his condition and continued to write music. He wanted to shield those around him from suffering, so he kept his personal feelings and issues private until November 23rd 1991. The day before his death, he announced his struggles with AIDS to those closest to him.

Freddie Mercury was making music until the day he died. During his 45 years of life, Freddie had written and released over 70 songs, and to this day he inspires so many young artists due to his untouchable passion for music.

If Freddie were alive, I don’t think he would have truly grasped how influential and important he is. He died before my time, and I can honestly say that Mercury is one of my favourite vocalists, despite never having the opportunity to meet him or see him perform live.

Every single karaoke night in a pub will always have that one person singing Bohemian Rhapsody with the punters singing beside them.

Queen is a household name and will always be known, thanks to the founder, Freddie Mercury and his endless talent and charisma. Even if you haven’t heard of Queen, you’ve definitely heard one of their songs (trust me!).

Five months after his death, the remaining members of Queen, Brian May, John Deacon and Roger Taylor, met with their manager, Jim Beach, to organise a concert that commemorated the life and legacy of their lost band member and friend. The main goal of this concert was to spread awareness and raise money for AIDS research.
Within three hours, all 72,000 tickets were sold, despite fans having no clue to who was performing, besides Queen themselves. The profits of the concert were used to launch the Mercury Phoenix Trust. Today, this charity organisation, created in Mercury’s honour, has raised over $15 million to help end HIV/AIDS.

● Queen won the ‘Outstanding Contribution to Music’ award in 1990. Two years later, after Freddie’s death, he won this award again.

● Bohemian Rhapsody, We Will Rock You and We Are the Champions were all inducted to the Grammy Hall of Fame between 2004- 2009. All of these songs were written by Mercury.

● In 2001 Freddie Mercury became a member of the infamous Rock and Roll Hall of Fame.

● Queen was the first band to be inducted into the Songwriters Hall of Fame in 2003. Most of their popular songs were written by Freddie.

● Then in 2006, Queen was the first-ever band to be chosen into the VH1 Rock Honours.

● In 2018 Queen was awarded the Grammy Lifetime Achievement Award.

● Freddie Mercury was listed, in 2009, in Rolling Stone’s 100 greatest singers of all time. In the same year, he was voted the best rock singer of all time by Classic Rock.

● In 1996 a statue commemorating Freddie Mercury was erected in Switzerland, near Lake Geneva.

● The Ivor Novello Award was given to Mercury in 1993 for his song Living On My Own.

● In 2018 a film called Bohemian Rhapsody was made following the life of Freddie and the rest of Queen, up until their famous Live Aid concert. It became the highest-grossing musical film, biographical film, and LGBTQ+ film of all time worldwide.