Will We Ever Live on Mars? 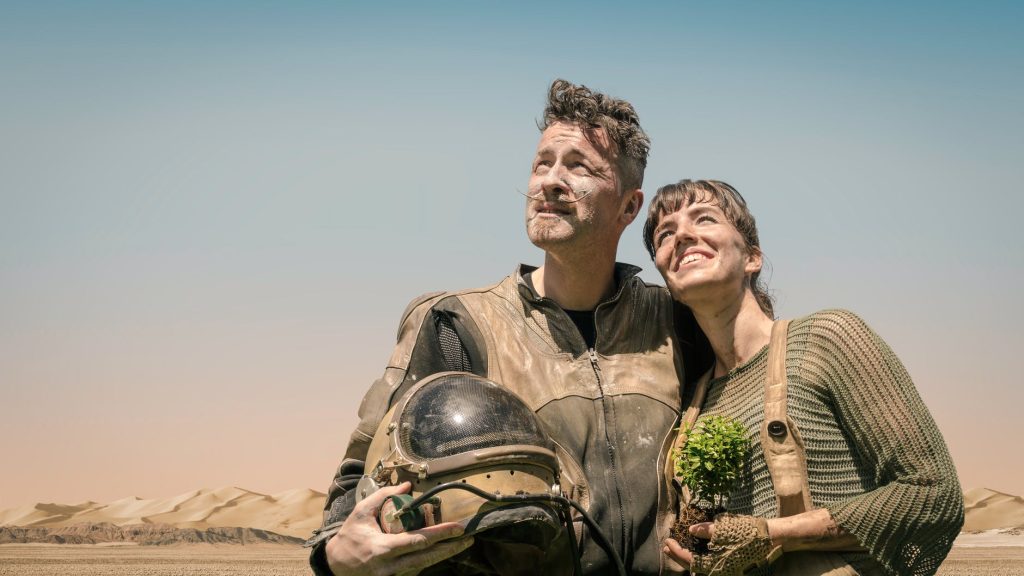 Buzz Aldrin, the second person to stand on the moon, once famously told the human race to “get your asses to Mars”. On the surface, this seems simple enough. Mars, often the focus in discussions about space exploration, has notable similarities with Earth. With a vaguely similar size and orbit around the sun, polar ice caps and liquid water, moons and an atmosphere, it feels strangely familiar. In reality, under a thin, unbreathable atmosphere, the red planet is an expansive desert of toxic soil, with freezing temperatures and deadly levels of solar radiation due to its thin atmosphere and small magnetosphere when compared with Earth. Any potential Mars habitat will have to content with these factors.

There’s also energy to worry about – Mars has no natural fossil fuels, though it’s unlikely that any expedition would want to rely on them. Due to its distance from the sun, solar panels on Mars are only 40% as effective at collecting energy than those on Earth. The thin atmosphere makes wind power less efficient and the core is significantly cooler than our own, so geothermal energy is a no-go. A Mars base will have to be self-reliant, so nuclear power would be the most likely source of energy – but Mars has no (reachable) radioactive material, meaning fuel will still have to be sent from Earth.

But that’s neither here nor there, yet. Where do you even decide to start living on an entirely new planet? In the early 2000s, NASA set up the short-lived Caves of Mars Project with the intent of discovering Martian caves, cooled lava tubes, or significant rocky overhangs that could shield colonists from the intense radiation at minimal cost. The project concluded in 2004, so it’s most likely that colonists on Mars will live on the surface. Investigations into specific areas to make our home in are still yet to properly begin it seems. To keep an artificial atmosphere of nitrogen and oxygen inside the habitat, the interiors will most likely be cramped, with curved walls to reduce the pressure differences. They’ll have to be permanently sealed to retain the air, so airlocks must be faultless. The creation of the breathable atmosphere is also extremely expensive and complex.

Just three years on the surface of Mars meets the maximum limits that NASA allows for exposure to solar radiation – meaning that either the crew would be rotated every two years, when the orbits of Mars and Earth are closest, or habitations will be buried. Covering settlements in either frozen water or frozen carbon dioxide, as well as a layer of rock, means that radiation from the sun can be slightly reduced. This also means that there’d most likely be no windows in the base, and venturing onto the surface would be rare, with most work out there probably completed remotely via robots. Humans will have to live under about five meters of compacted material to reach similar radiation levels as Earth.

Sealing the Martian surface out is a good idea for more than one reason. Mars soil is incredibly fine and often blows into huge dust storms that can block out the sun. These minute particles of rock and dirt can quickly cover up solar panels and work their way into both equipment and lungs. It’s also toxic, in case you were wondering – Martian soil contains perchlorate salts. The soil is not only deadly with repeated exposure, but it’s also borderline impossible to grow anything in the already nutrient-poor dirt. It’s unviable to transport Earth soil over to Mars, so the first food humans cultivate there will most likely be fish and plants that can grow exclusively in water. The remoteness, as we all know, would also severely impact the Martian colonist’s mental health. For example, the HI-SEAS (Hawaii Space Exploration Analog and Simulation) experiment studied the psychological effects of social and geographical isolation, repetitive schedules, and limited contact with only a small crew. It’s been suggested that participants in a Mars base must undergo extensive psychological screening. In addition, there are also computer programs in development to be deployed in the event of individual, interpersonal, and social issues, as contact with Earth would be limited. In simple terms – humans on Mars will have robotic therapists.

Dreams about living on Mars aren’t exclusive to governments anymore. Elon Musk, the infamous online billionaire, founded his company SpaceX in order to reduce the costs of Mars colonisation back in 2002. His ideas started with the Mars Oasis, an experimental greenhouse which would be transported to the red planet – “the farthest that life’s ever travelled”, he said. Musk attempted to buy second hand rockets from Russia to achieve this, but soon decided to start SpaceX after this plan, unsurprisingly, fell through.

SpaceX has made history regardless, with hitting new milestones regarding the reusability of space rockets and paving the way for private space travel – in 2021, Jeff Bezos kicked off his own venture Blue Origin, and once took William Shatner (Captain Kirk in the original Star Trek) up to the edge of space. Furthermore, in 2020, Musk mentioned on Twitter that he could envision a system of indentured servitude on Mars. While anyone would be able to purchase one of the 100,000 tickets to travel to Mars, those who couldn’t afford the fairs (which, frankly, is basically everyone) would be expected to work off their debts. They’d be the first citizens of Mars, and they’d be owned by a corporation.

“You can’t create a self-sustaining civilization if the ticket price is $10 billion per person,” Musk said in 2016. These are baby steps at best, and exaggerated suggestions at worst. It’d perhaps be worrying that one of the possible forefathers of modern space travel has also dressed up as Waluigi on Saturday Night Live, but it’s most likely that all of these plans amount to nothing more than wishful thinking. Elon Musk also believes that a million humans could live on the red planet by 2060, with the aim of becoming “multiplanetary” as a species. Musk has the money and imagination (or arrogance) to create these plans. Whether they hold weight is unknown. NASA has plans for the first humans to stand on Mars sometime in the 2030s, but a genuine colony on another world is lightyears away, metaphorically speaking. We’re designed to live on Earth and only Earth, so considering a move to another planet encompasses every single aspect of human living that we take for granted. What would be done, for example, about the first baby conceived and born on Mars? Medically, that’s a possibility we’re already looking into – and it doesn’t look pretty. Philosophically, that feels like a question we’d still be arguing about a thousand years into the future.