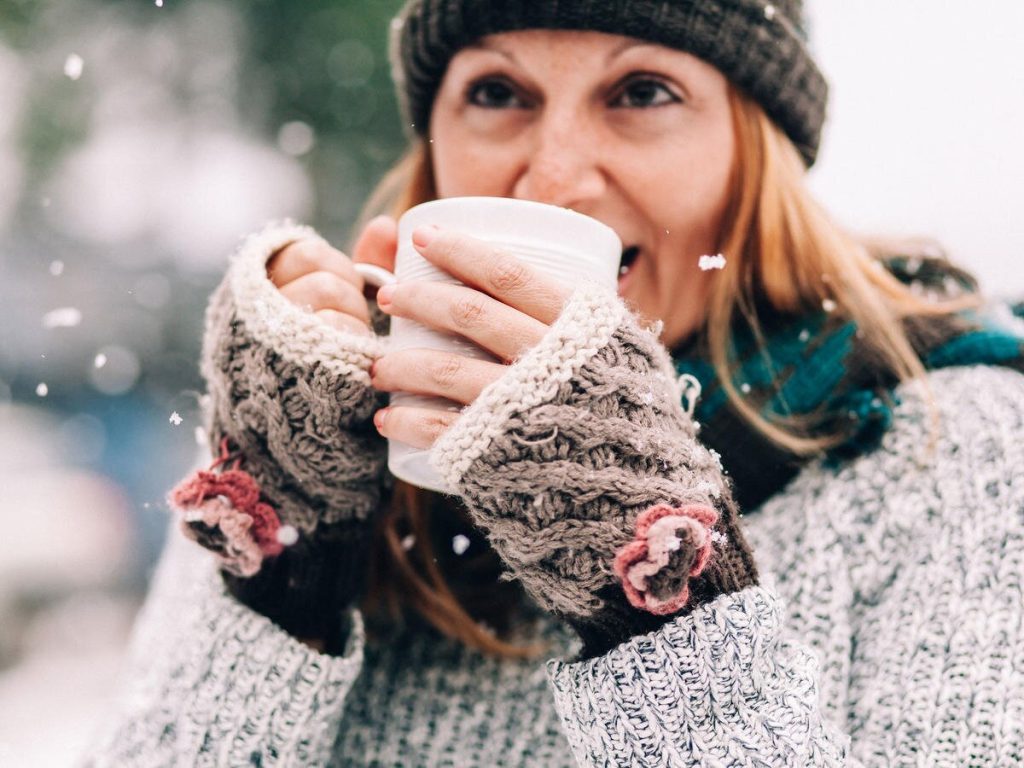 November is the time of year that calls for thicker coats and frothy hot drinks as the bitter coldness and dark days rage on.

Now that Bonfire night and Remembrance Sunday have both passed, what special occasions are left in Britain to commemorate this month? Hmmm, November starts to feel very nothing-ey for us (except for people who were born in November, I see you and appreciate you representing).

All the way over in America, however, they have a tradition that’s been around since as early as 1621. Yes, it’s their Thanksgiving celebrations.

It started when English settlers (or pilgrims) first arrived in Plymouth, Massachusetts on the Mayflower boat. They were welcomed by the Native American landowners, who shared their bountiful harvest of crops that season and proclaimed how thankful they were for the food. Thus, the tradition was born.

You open your eyes to this Thanksgiving spread on the table:

It’s important to note that not all American citizens agree with this version of events. Native Americans state that the pilgrims invaded and stole the land from their ancestors. Consequently, the Native American communities actively avoid being part of this occasion.

For the Americans who do participate in the tradition, nowadays a typical Thanksgiving day would unfold like this:

Prepping the Thanksgiving meal – – this could start from the day before.

Watching a parade – – there are many parades all over the states that celebrate the holiday.

Watching an American football match – – every year, the NFL plays a game on Thanksgiving.

Everyone then comes together for the meal and says what they are thankful for.

Now all the way back in Blighty…

… We have none of this, let’s be honest. Although, there was one thing that I used to do in school while the kids of America were tucking into their turkeys.

Every November, my school would tell us to bring in tinned food for charity, they called it Harvest Time. No, I didn’t have to plant any crops in a field. Could you imagine if we did? No way, would we have done P.E in this month! Well, we we’re never that lucky in my school.

We just had to bring in food that would last a long time to those who needed it. Each class competed to see how many canned goods we could bring in. The teachers wanted TOWERS of the tinned stuff! I forget what the prize was, though. Maybe a longer playtime?

Of course, there is a tradition that we have adopted from the USA:

The bargain hunting bonanza of Black Friday. It was originally on the last Friday of November, for Americans to get discounted electrical goods in time for Christmas.

Now it’s expanded all over the world and even starts earlier in the month, depending on the retailer. There’s nothing quite like wrestling strangers for a half price toaster and kettle set, it will certainly keep you warm.

So, we have America to thank for the cheeky deals this time of year. They have us to thank for Cadbury’s chocolate and a proper hot brew, with milk and sugar. I’m talking specifically about Yorkshire Tea here. None of that PG Tips or Tetley nonsense.

Should we keep November as it is, in Britain? Or should we start looking up recipes for Thanksgiving dishes and giving them a go?

One thing is for sure, it is too early for Christmas time, that starts on December 1st, no earlier. End of.