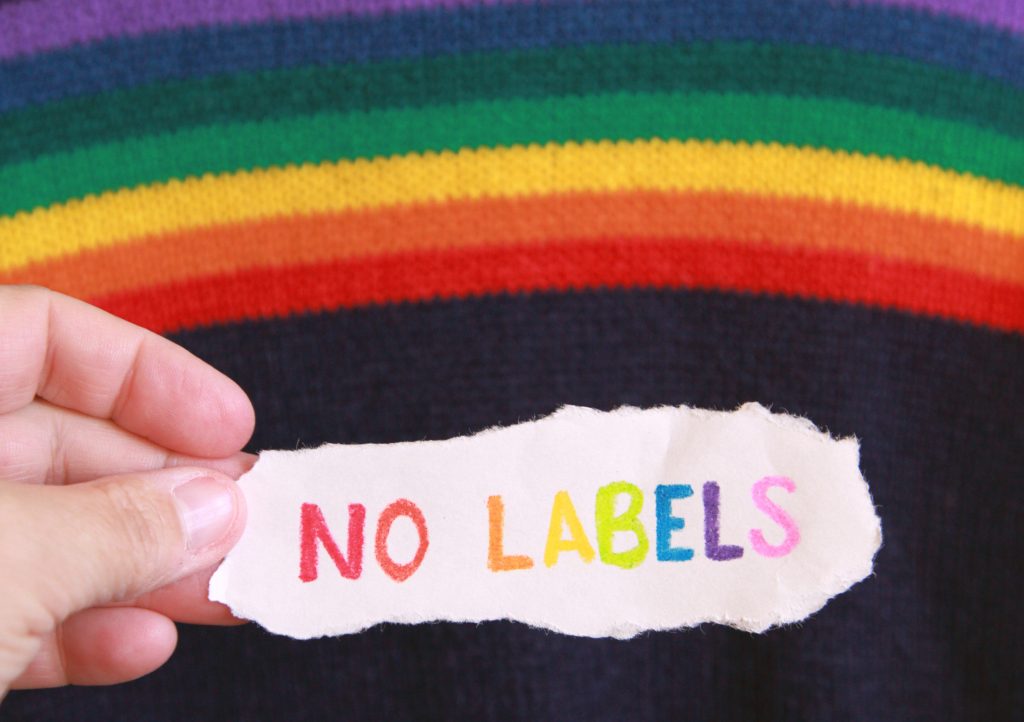 I am bisexual. I say this as a fact and not as a statement. Saying I’m a bisexual man would be an accurate description of who I am by some accounts. That word has never really meant anything meaningful to me. It wasn’t a huge, life defining moment when I realised; I was 14, on holiday, and I’d spent the best part of our final day stuck in bed with a debilitating migraine – something that’s common for the men in my family at that age. As I lay there in the dark, the vision in my left eye still blackened and blurred into some shapeless blob, the voice in my head simply asked, “what if I’m bisexual?”. There was a brief pause. “Yeah, that sounds right,” I replied to myself, carrying on with the business of holding a hand across the left side of my skull and hoping that the pounding would stop soon.

I can recall having an interest in boys before I had an interest in girls. That seemed to switch during puberty, and now, though I have the capacity to be attracted to anyone, I can confidently say that I have a preference for women. I’m sure that could be used by some people in an attempt to disregard what I’m about to start writing – I can easily move through ‘the straight world’. Coming out is never a huge ordeal and tends to act more as an awkward break in the conversation, one where it feels as though nothing and everything has changed in my relationship with that person. In the past I’ve had homophobic abuse hurled at me from passing cars in the night, which could probably be pinned more on how I used to dress than any actual knowledge of me as a person. I’ve been outed by family members. At times when I’ve used dating apps, I find that less straight women swipe right if my profile states I’m bisexual. It only ever takes a few drinks for straight men to assume there’s some kind of chemistry between us.

Being LGBT+, or queer, tends to be more fraught for others than how it is for me. Because of that reality, a lot of people can gravitate towards making it a central part of who they are. In a 2013 survey of LGBT Americans by Pew Research, a slight majority of 37% of gay men and women see their sexuality as ‘extremely important’ to their ‘overall identity’. 36% see it as ‘not important’ and 26% said it’s ‘somewhat important’.

I’ve never felt a huge connection to this part of who I am. Like many LGBT+ people, there’s still some shame hanging around it – but even in conversations with other ‘queer’ people, it never crosses my mind unless someone else brings it up. Maybe that’s down to the fact that I can and do walk through life under other people’s assumption that I’m (basically) heterosexual. It’s not even a misconception I feel compelled to correct at times. People will always make guesses about what you’re like, and most of them will always be wrong. I’d be seen as ‘effeminate’ or ‘gay-acting’ to only the most uptight of straight people, and by-and-large it’s only ever a slight surprise when I come out to someone.

I’m also of the persuasion that ‘bisexuality’ is more common than generally thought. It is factually easier for us to blend in with the straight ‘majority’ – in times where the only accepted course of life is to marry the opposite sex and procreate, we can repress our attraction to others and try to make the best of it.

Hang on, though. What the hell is an ‘identity’, anyway? Why would anyone feel the need to define who they are as an identity, and not as an individual? I have a ‘queer identity’ as much as I have a ‘working-class identity’ – not very much. You can have a shared history, or shared struggle, with other people. There can be causes or fights that you believe in. Why would you ever let that define you? Why would you encourage your existence to be treated as a statement? At times, it will be. Don’t join in with the chorus. Using your full name because you want to, despite the fact that some people will see it as ‘foreign’ or ‘hard to pronounce’, can be a statement. How you wear your hair, or the clothes you dress yourself in – these are statements. Why would you want to make the people you’re naturally attracted to into one?

I’m lucky – I’m a queer person living in an unprecedented time for queer people. I only have the freedom to write this because other people became defined by that struggle. They accepted that who they are had to become a statement in order to fight for their freedoms. This is still true for many people today. I understand and respect that. But is there nothing else within you, now, to focus on? Are you happy letting your entire person be defined by an abstract, or a fight? That sounds too exhausting to reasonably contemplate. Warriors don’t exist.

Jason Orne, an assistant professor of sociology, says that “the queer having bareback sex in the back room of a club might not identify with the term ‘queer’ or think of their actions as political, but in rejecting what society says they should be doing, they are queer.” Sure, they’ll be forcefully defined as queer – or any random insult you could pluck from Urban Dictionary – only to people not worth listening to. Isn’t it more in the spirit of freedom and acceptance if you don’t label yourself like that? Oppressed people should never be defined by the oppression they live under. I would much rather queer people have their gender or sexuality treated the same as if they were straight. That would do more for acceptance and normalisation than a forty-mark essay about ‘why identity is important’; defining yourself through what makes you an Other doesn’t sound all that radical to me, regardless of how proud you are.

I’m bisexual. I come from a working-class background. I prefer cats over dogs and TV over films. Some of these things ‘matter’ and some of them don’t, politically speaking. I don’t want to categorise myself as any of them though. I think that everything a person needs to understand themselves is already within them. Labels will do nothing but distract from the complexities of who you actually are.

I want to say that if you can derive comfort or strength or self-actualisation from characterising yourself through your sexual or gender orientation – more power to you. If you want to set up an LGBTQ commune in the desert and spend your days discoursing about Queerness around a campfire – be my guest. I just worry that living your life through the lens of what other people might think about you isn’t all that it’s cracked up to be.