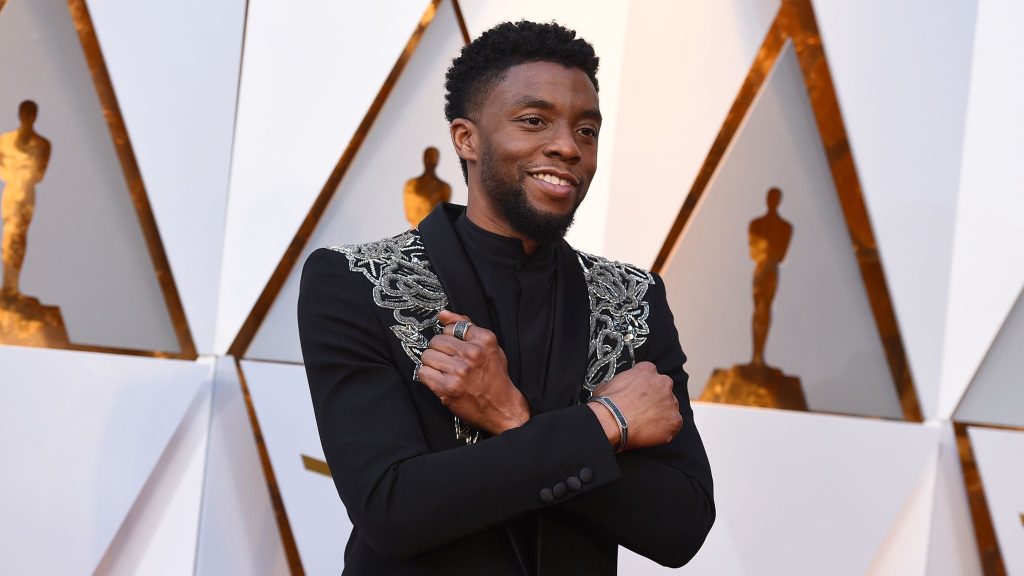 In honour of Chadwick Boseman’s national holiday on November 29th, we’ve compiled a top 5 list of our favourite Boseman films. We hope that you enjoy it!

Message from the King: our rating –

Our number 5 top pick is the Netflix film Message from the King. This film follows Jacob King, played by Boseman, searching for his sister Bianca, played by Sibongile Mlambo, with whom he has lost touch since she moved to LA. He finds out her husband had sold her to a gang to pay off his debts, but the gang went on to kill both the husband and Bianca. Although this film has the weakest storyline of our top picks, Chadwick’s performance shone through as he gave depth to his character and got the audience absorbed in Jacob’s journey. His character doesn’t have too much dialogue, so most of the development is done through his acting, which certainly paid off.

At number 4 we’ve put Get On Up, directed by Tate Taylor. This film is a biography of the late James Brown and his journey from poverty to riches as one of the most influential musicians of all time. We follow James, aka Chadwick, through his life as a funk singer, songwriter, and performer and see his struggles and successes being a black musician in the mid-1950s. We’ve put this film fourth in our top 5 as we felt the film itself didn’t do justice to James Brown or Chadwick’s performance. His portrayal of the musician is excellent and shines through in the scenes of James performing on stage. We wish the film had as much hype as other musical biographies, such as Bohemian Rhapsody and Rocketman.

Coming in at number 3 is 21 Bridges directed by Brian Kirk. Boseman plays André Davis, a New York police officer. Davis is on the hunt for two criminals that steal 30 kilos of cocaine from a restaurant, going on to kill a few officers during their escape. To catch the criminals, the whole of Manhattan is shut down, and all 21 bridges are closed off, hence the title. We feel this is one of Chadwick’s strongest performances, as we see him really struggle with the morals of being an officer towards the end of the film. As we follow so closely to his character, the audience feels a much deeper connection with him; we uncover information at the same time as him and struggle with who to kill in the end.

Our number 2 film is 42, directed by Brian Helgeland. We follow the life of Jackie Robinson, who was the first African-American to play in the Major Baseball League, and his struggles of dealing with racism and segregation in baseball in the late 1940s. Once Jackie is accepted onto the team he endures hostility from his teammates, who sign a petition to kick him out, and from fans on the field who yell racist slurs at him while he’s playing. I admired how the film didn’t shy away from the harsh realities Jackie went through, and Boseman’s performance displayed those struggles perfectly. His character doesn’t have any emotional outbursts or arguments between the other players, so all the emotion is carried in just his demeanour, a skill that not all actors have mastered.

And finally, our number 1 pick is Black Panther! Directed by Ryan Coogler, Black Panther is our all-time favourite Chadwick movie and my personal favourite Marvel movie. This film follows T’Challa as he tries to keep his city, Wakanda, safe after his father passes away and he is left to rule. He uses powerful technology to disguise Wakanda within the African forests, however, the antagonist, Killmonger, tries to steal this technology. We feel this was Boseman’s strongest performance as he truly made this character his own by showing depth and emotion throughout, all while being the first black protagonist of the first Marvel movie to centre around Africa. This film was a significant milestone in Marvel’s history and was played out perfectly by Boseman.

We’ve loved every film mentioned, and it was hard to boil it down to just these five. We hope you’ve loved them just as much as we do. We’ll forever miss you, Chadwick Boseman!