10 must own Nintendo Switch Games 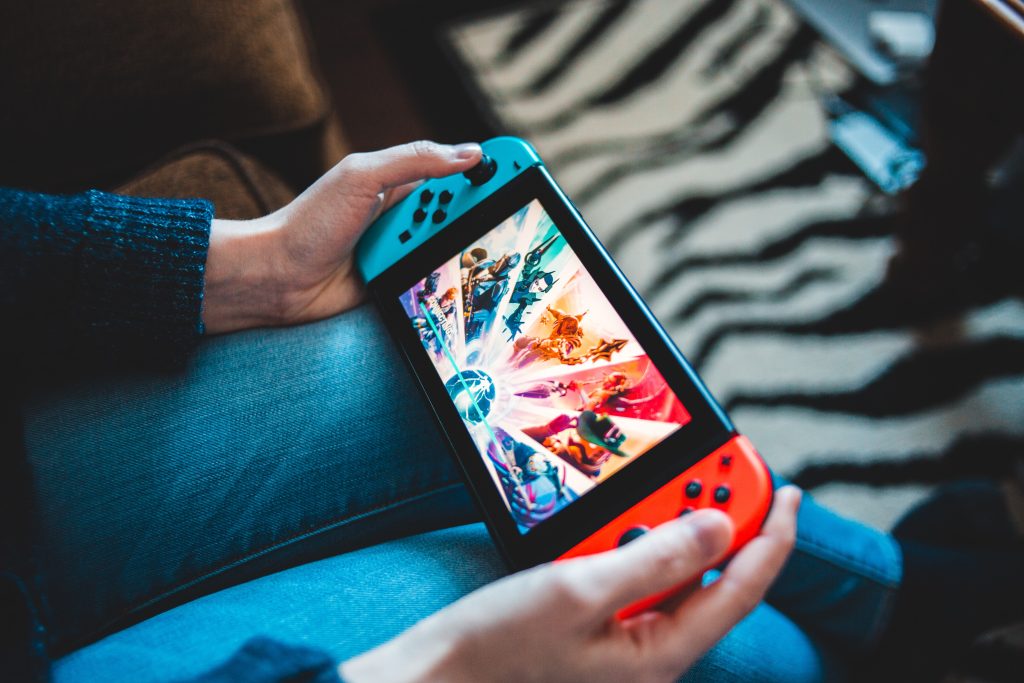 If you have received a Nintendo Switch for Christmas or decided to go and buy yourself one as a treat, you are probably wondering what games are worth picking up to play on your brand-new console. From open world games to racing and platformers, the wonderful thing about the Nintendo Switch is that there is a game out there for everyone.

In no particular order:

If you love challenging platformer games, Cuphead is the game for you. Originally released on Xbox One, Studio MDHR (the developers of Cuphead) have brought this award-winning game to the Switch. With its 1930s cartoon styled artwork, do not take this game light heartedly. Its brutal level designs with continuous boss fights will put your gaming skills to their limits. Despite its challenging levels, Cuphead features an impressive jazzy themed soundtrack that is great to listen to while you are playing the game.

With your trusty companion Cappy, you embark on an adventure to rescue Princess Peach from Bowser. Throughout the game, you explore unique kingdoms like a giant city filled with skyscrapers, to a beach resort by the seaside, while on your hat-shaped airship, called Odyssey. There is no doubt you will be sinking hours of playtime into this game, as each level is packed with many different surprises and challenges to conquer. And if you are a completionist, there are over 800 moon pieces to collect which can be used to purchase different outfits for Mario to wear.

Old and new fans alike will love this instalment to the series. Super Mario Odyssey is one of the best 3D Mario platformers to ever release and Nintendo really set the bar for future games in the series.

Landing on a deserted island with Tom Nook, you must build your new getaway home from absolutely nothing. You will find that at the start of your playthrough, all your essential equipment like tools to acquire better materials, will have to be manually crafted by you. Eventually, you go on to building new homes and buildings for other residents on your island. New Horizons keeps you hooked to the game with the Nook Miles system, which gives you daily tasks in exchange for points that you can use to purchase items in the shop. There are also seasons in the game which correspond with where you are playing from in the real world. Each season gives you new animals to catch to add your island museum.

New Horizons also comes with a multiplayer mode that allows up to 7 other friends to fly over to your island to see what you have been building.

Mario Kart 8 Deluxe is the best racing game on the Nintendo Switch. Previously released on the Wii U, the Switch version includes all the DLCs from the original game that were made available after its release and the performance has been upscaled to support 60 frames per second.

There is not much else to say about Mario Kart 8 Deluxe, other than its great get-together game, where you can race against your friends. You can also go head-to-head against other players around the globe.

5. The Legend of Zelda: Breath of the Wild

The special thing about Breath of the Wild is that it is unlike any other Legend of Zelda game to date. Breath of the Wild is the first open world game in the series. Playing as Link, you must survive the hostile and ruined Kingdom of Hyrule, which is scattered with enemies, dungeons, and many shrines to explore. The game features many gameplay mechanics such as crafting items and hunting animals and there are many quests to complete, leaving you with hundreds of hours of gameplay. If you are a fan of the Legend of Zelda series, this is an easy decision!

If you have played the original Splatoon, this game does what the first game did, but better. Splatoon 2 includes a much-improved single player mode for people who may not want to play online against other people. The game also features brand new weapons and has an online multiplayer option with a number of different modes that fit all skill types, so no matter what skill level you are at, you can have fun playing with others.

Splatoon 2 also has an additional DLC called “Octo Expansion” which provides many more hours of gameplay, featuring an 80 80 mission campaign, playing as Agent 8.

Ocotopath Traveler is a fantastic 2D JRPG for the Switch. You play as 8 different characters throughout the game and follow their own stories and adventures in the continent of Orsterra. The game allows you to manage your party so you are well equipped to take on the many different bosses the game throws at you. This game can be particularly challenging for newer players, but it is definitely not one to skip playing.

I think everyone has heard about or played Minecraft before but if you are one of the few who have not, it is a game about survival and creativity. In Minecraft, you are spawned into a randomly generated infinite world where you can build whatever your mind imagines. There are limitless possibilities to what you can do in the game.

What makes Minecraft great on the Nintendo Switch is the portability. Unlike playing Minecraft on Mobile with touch controls, you are getting the console experience while still being able to take the game wherever you go.

With Super Mario Maker 2, Nintendo gives you all the power to create your very own 2D Mario levels. How you make your levels is up to you, and there are unlimited possibilities with the vast amount of tools and settings the game provides you with. Once you have made an epic level for people to play, you can share it with your friends or the world. You can also play other people’s creations and see how far you can get before you lose all of your lives.

Super Smash Bros. Ultimate is an excellent fighter game includes all fighters from the previous Smash Bros. games, plus more in expansions. The game also includes over 100 different stages to battle on against your opponents, offline or online.

Smash Bros. Ultimate includes a single player adventure mode called “World of Light,” where you travel across a map encountering other fighters that are possessed by spirits in the world. This adventure mode really puts your skills to the test.