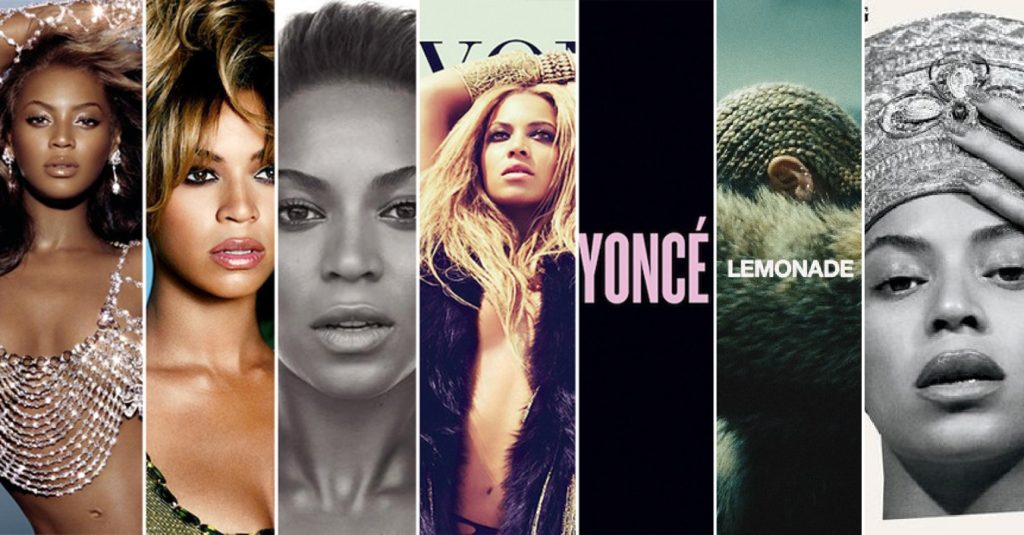 This is our selection of the most talented female performing artists of all time, so there’s no specific categories here. Nor is it from a specific decade. The only requirement is that they sing spectacularly and their music moves the masses.

Kicking off our list is unofficial royalty. Yes, it’s Queen Bey. Since Destiny’s Child disbanded in 2006, Beyonce released hit after hit and just did not quit. Not just boppy pop hits, actual worldwide successful albums, six of them. During her I am…World Tour in 2009, Mrs Knowles-Carter blew the audience away by singing every song BETTER than the studio version, while hitting every dance sequence exactly on point. I saw it with my own eyes, so it’s no surprise that she’s sold 118 million records worldwide.

Ninth place is the Barbadian billionaire known as Rihanna. Ever since she was discovered by Evan Rogers on his Barbados holiday in 2003, Rihanna has released a staggering eight studio albums. Not to mention her 42 awards over the course of her career. Accolades aside, Rihanna has managed to transition from from tropical Barbadian beats to a pop powerhouse in a seamless fashion.

Rocking into eighth place is The Queen of Rock and Roll, Miss Tina Turner. Born Anna Mae Bullock, Ike Turner gave her the name Tina during their tumultuous time as a duet. However, it was during Tina’s resurgence from the 1980s onwards that saw her blossom as a solo artist. Her signature gravelly tone and sharp swagger took centre stage at an age when most artists are slowing down, but Tina was rocking on.

We’re spring cleaning at seven with our duster to discover Dusty Springfield. Although she may seem a mysterious entry, Elton John describes Dusty as the greatest white singer that has ever been. Big praise indeed. From 1958 until 1995, Dusty was soulfully singing with her sultry, raspy vocals. Springfield released a whopping 14 albums in those 37 years before her untimely death in 1999 but her music lives on.

We’d be mad to miss Madonna off the list, she’s number six. The Queen Of Pop. What hasn’t Madge done? Since starting out in 1979 as a backing singer and dancer, Madonna has been hustling on the music scene and moving her way up. With each era, Madge has been reinventing herself to push the boundaries. From her punk rock Papa Don’t Preach, to her more modern Madame X persona, Madonna has reigned supreme in pop.

Claiming the halfway position is none other than country icon Dolly Parton. From her early days playing alongside Porter Wagoner on The Porter Wagoner Show, to her prolific songwriting as a solo artist, making her a formidable force. She said it herself: I don’t write songs, I write stories. Parton has an instantly recognisable soft, yodeling, singing voice, that’s still crisp and clear enough to fill arenas. It’s no wonder Dolly has conquered the country scene  and even spilled over to the mainstream, where adoring fans would pay tribute to her in Stars In Their Eyes.

Frankly, it would be disrespectful to dismiss The Queen of Soul from this list. That’s why Aretha Franklin is at four. I Say A Little Prayer and R-E-S-P-E-C-T are songs that are known the world over for a reason. The funky brass and horn instrumentals, paired with Aretha’s ALMIGHTY soulful pipes and underlying message of female empowerment, is why her songs will stick around for generations. In fact, Jennifer Hudson was handpicked by Franklin herself to play the legend in 2021’s biopic Respect. So, her magic will never fade away.

It’s no funny business that the lead of Funny Girl is taking the bronze medal, yes it’s Barbra Streissand. With a career spanning over 60 years, Streisand has released an eye-watering 36 studio albums! Barbra started in Brooklyn clubs, then got theatre gigs before breaking out as an international star. Even Judy Garland said she was one of the last great belters. You just have to hear one line of any Streisand song, to be mesmerised by her mega vocals.

In the runner-up spot is someone who can sing beyond the seventh octave with her wondrous whistle register. It is the magnificent Mariah Carey. Maraiah uses her truly unique voice to transform any pretty pop song into an instant smash hit, every time. One moment Mariah is singing in silky tones, the next, she is packing a punch with a deeper note. Her voice travels from high to low, unlike any roller coaster you’ve ever been on. Not to mention Carey’s festive classic All I Want For Christmas Is You — you know it’s time to put up your decorations when you hear that song.

Taking the crown is the lead singer from the highest charting female group in history. It can only be Dianna Ross. Diana started in the 1960s with The Supremes, which went on to be Motown’s most successful act during that decade.

Then from the 1970’s onwards, Miss Ross’s solo career skyrocketed.

Hits like Chain Reaction, Upside Down, I’m Coming Out and the timeless Ain’t No Mountain High Enough, prove you don’t always have to have a big, bellowing, ballad style of singing, to win over the audience.

Diana’s distinctive smooth, angelic, feathery vocals are responsible for her 35 albums in 65 years of service to showbiz. Ross has even released her latest album, Thank You, this year in 2021! So long as she’s got air in her lungs, Diana will keep doing what she does best.

Have we left anyone off the list? Let me know in the comments section below.