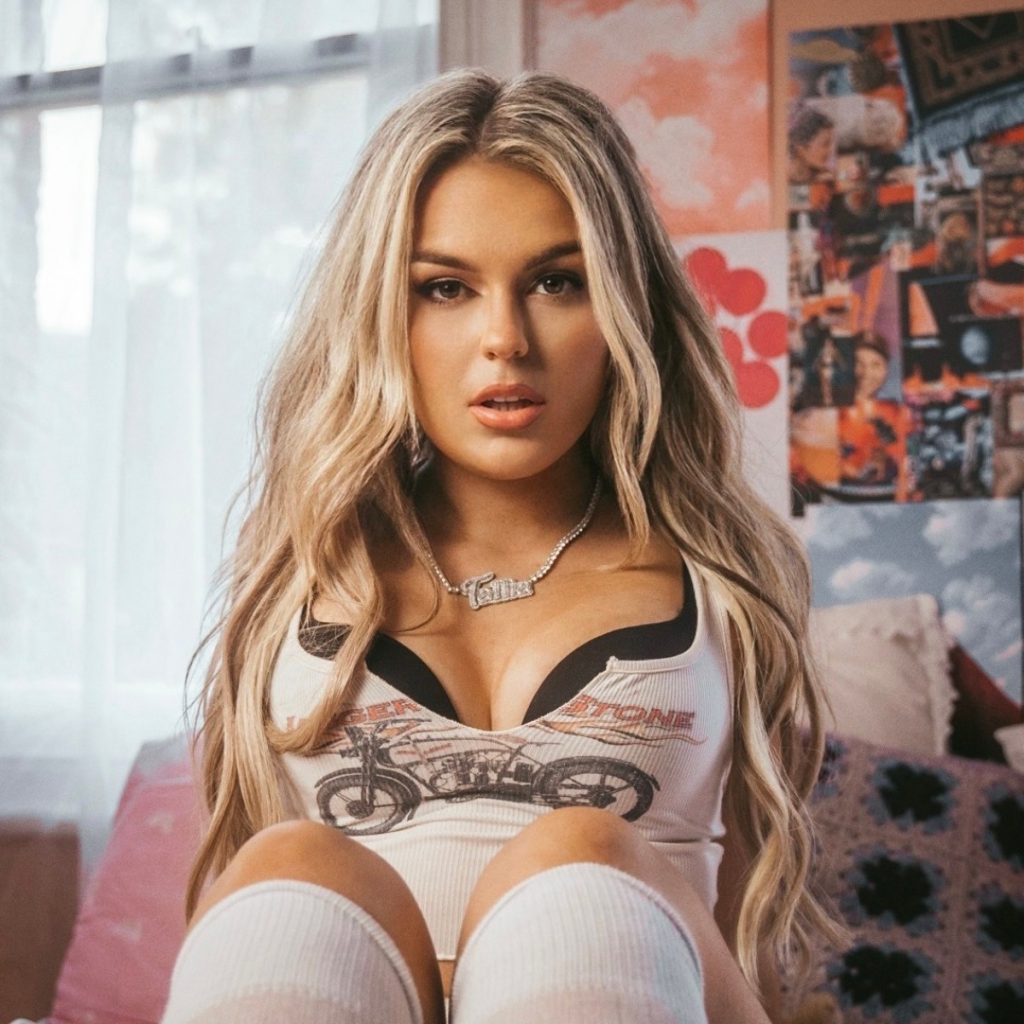 On Wednesday 17th November, a few of us from Networthpick had the amazing opportunity to attend Singer/Songwriter Tallia Storm’s launch party for her new single Broken – which doubled up as her 23rd birthday party too! She greeted us at the door in a beautiful glittering two piece surrounded by colourful balloons and twinkling lights. The venue was decorated head to toe to match the Broken album artwork, including the extraordinary birthday cake by Sugar Cakes Co! We sat at a table awaiting Tallia for an interview, only to be welcomed with stunning Broken themed cocktails and stickers.

Tallia Storm is known for her infectious confidence and fearless personality. She’s currently Scotland’s biggest TikToker amassing 146 million views on her hashtag and over 500k followers. Working closely with TikTok on various campaigns, Tallia is well on her way to becoming one of the new, exciting faces of Pop music.

Tallia is curious, passionate and music obsessed – traits that creep into her creations at every opportunity! She always loved creating and expressing herself, with music running through her blood for as long as she can remember. Inspired by the likes of Amy Winehouse, Christina Aguilera, and Adele, Tallia started writing songs at the young age of 13 before eventually learning the piano.

Music and singing were always her favourite things to do, and she feels especially grateful to continue making music as a career. At age 13 she happened to be at the same Hawaiian hotel as Sir Elton John and his husband David Furnish. She wrote down her details and handed them to Furnish, along with a demo CD, hoping for him to pass it on to Sir Elton. Shortly afterwards she answered her phone to Sir Elton John himself, asking Tallia to appear as a support act at his concert in Falkirk.

Years of hard work and hustle bring Tallia to where she is today. Tallia’s refreshing pop vocals, relatable storytelling, fearless fun attitude has helped her grow her ever expanding fanbase who are eagerly waiting on her next move.

‘If there’s ever a guy that’s out there that you felt like you weren’t good enough for, you felt like he’s your everything. You want him because you can’t have him. But really, take a step back baby, you’re so much more than that boy. You’re in love with the idea, not the boy.’

Broken is finally out on all streaming platforms, and it is definitely one to add to your library. Tallia’s alluring vocal performance is both refreshing and emotional. The transparency in her lyrics tell a touching story that so many of us can relate to. The uplifting backing track and memorable chorus represent a strong sense of hopefulness and desire to move on. Broken captures the feeling of heartbreak that we have all felt – but carries with it the strength of confidence and the advice to brush it off and spread your wings.

In Tallia’s own words: ‘Go listen to broken! Go cry in your bedroom, your shower, and maybe down a bottle of white wine!’ Broken is undoubtably the newest anthem for broken hearted people! Go scream out the lyrics and have a good cry – download Broken to your Spotify, Apple Music, or watch her new music video on YouTube!

A truly inspiring woman with a wonderful talent, it was an honour to speak with Tallia Storm at her launch party, and we can’t wait to see what she brings us next!