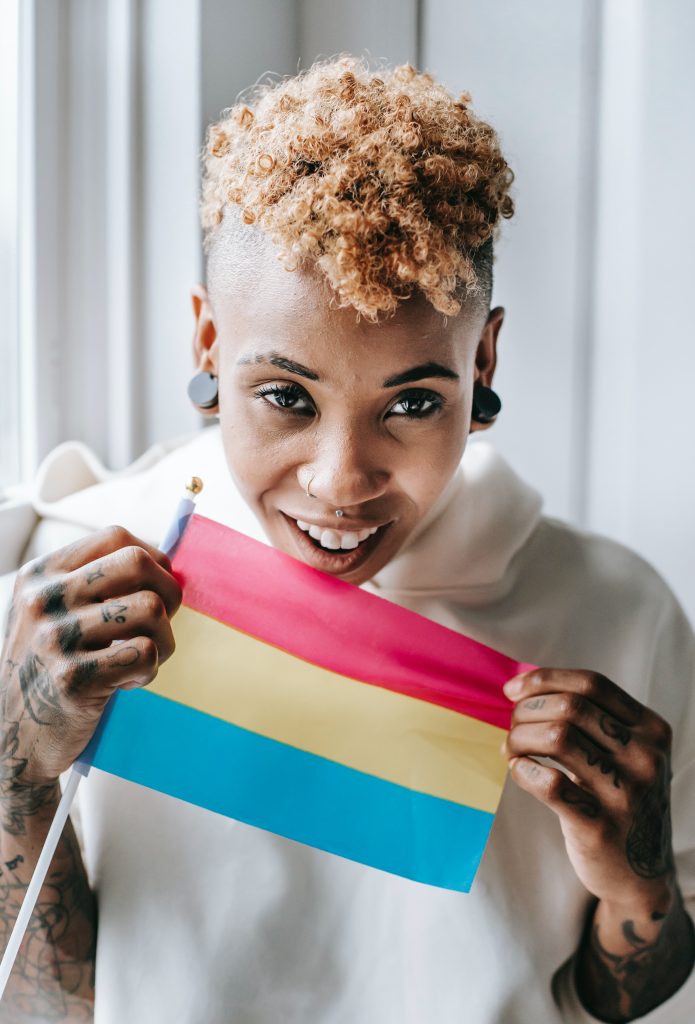 Pansexuals, assemble! Today, the 8th of December, marks Pansexual Pride Day. This is the day for all pansexuals to appreciate how amazing they are, and for everyone to remember that the world is a brighter, better place with pansexuals in it.

What Does Pansexual Mean?

For those not in the know, here’s a quick rundown on pansexuality. Pansexual people are attracted to people of any gender. Pansexuality is similar to bisexuality, and some people identify both as bi- and pansexual, but they are different. Many pan people think of themselves as “gender-blind”, as they consider themselves to be attracted to people regardless of gender. Pansexuality has become more well-known in recent years, as more high-profile people have come out as pansexual.

Pansexuality doesn’t get as much coverage as some other queer identities, although there is some representation. There are pansexual characters in fiction: Jack Harkness from Doctor Who and Torchwood, Wade Wilson/Deadpool, Rick from Rick and Morty, Loki in the Marvel comics, and Finn from the video game Life is Strange 2 have all been confirmed as pansexual. It is great that there is more pansexual representation! It is good for pansexual people to be able to see people like them in media and to have pansexuality be normalised and introduced to viewers who may not have understood it.

Despite the strides that have been made in recent years, there is still improvement to be made. There are two main problems that I see with pansexual representation in media: on-screen confirmation, and presentation.

When I listed some of those fictional pansexual characters, you may have thought “What? I didn’t know they were pansexual?!” That’s because many pansexual characters aren’t explicitly stated to be so in the media where they appear. Instead, the creators confirm their pansexuality off-screen, in interviews, on social media, or through other outlets. This is understandable in some cases. If the media was released at a time when queer characters weren’t widely accepted then the pansexual character couldn’t have been “out”, even if the writers always knew they were pansexual. Similarly, the writers may not have written the character as explicitly pansexual because “pansexual” wasn’t a well-known term at the time. The writers may have written the character as “not having a gender preference”, even if they weren’t aware of the term “pansexual” when they wrote the character, and later realised that the character was actually pansexual. I don’t think that every pansexual character needs to outright state their sexuality. As someone with a fluid orientation myself, I identify with characters whose fluid sexuality is shown, even if it isn’t confirmed as pansexuality, bisexuality, or otherwise. That being said, writers shouldn’t skirt around the topic. It is important to see and hear characters who actually say that they are pansexual. Again, it makes pansexual people feel seen and people who aren’t knowledgeable about pansexuality more aware.

Representation of Pansexual People in Media

Pansexual people aren’t stereotypes, they are unique people and the only thing that they all have in common is being pansexual. It’s amazing that so many people feel empowered to be themselves and love who they love, regardless of gender. Today is the day to appreciate the pan pals in your life!