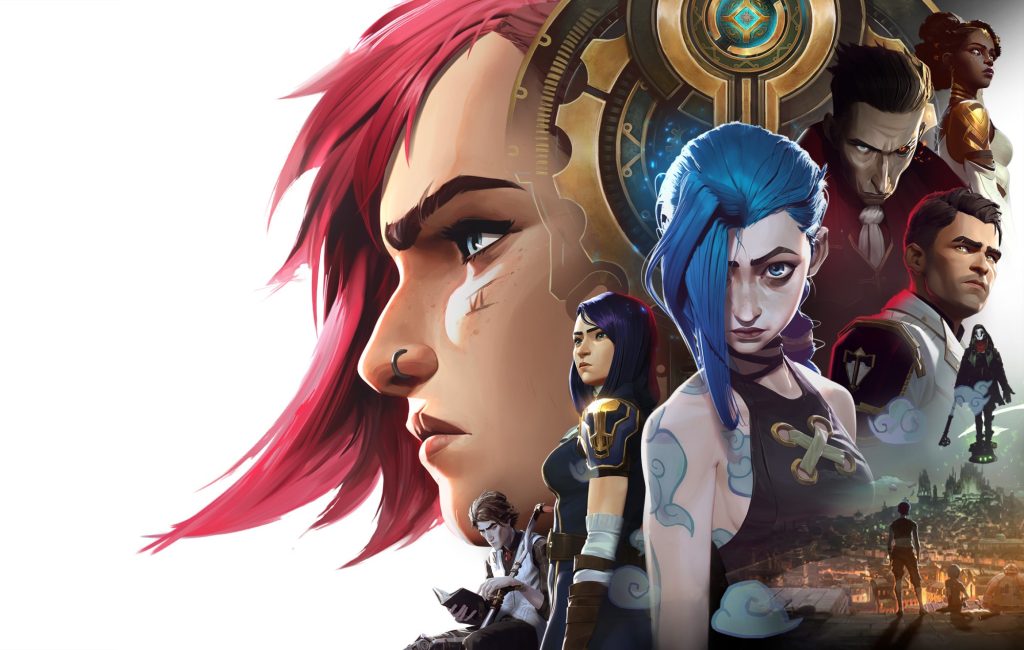 I played League of Legends religiously for roughly seven years (with over 3000 hours played, don’t judge me!) until about a year ago when I realised it isn’t actually that good, and the community can be very toxic. However, Arcane has managed to reignite my love for the franchise and the champions in it.

The recently released first series of Arcane shows us a small fraction of the massive world and complex characters of “League”, which you either love or love to hate. The story is understandable and extremely hypnotic with a ground-breaking and unique animation style. Riot Games teamed up with French animation company, Fortiche, to create the amazing blend of 2D and 3D animation you see in Arcane.

Many video game adaptations tend to fail because they stray too far from the original story. For example, Tekken, Assassins Creed and World of Warcraft are extremely popular games however, all their movie adaptations flopped in global box offices, despite their extreme popularity within the gaming community.

League of Legends manages to break the “adaptation curse” through its use of amazing animation and exhilarating storytelling. Even if you don’t know the entire history of the game’s world, Runeterra, the story is still easy to follow.

Arcane serves as a prequel to League, showing snippets of the lore behind some characters and places in the game.

The stories we follow are set in the city of Piltover and its self-proclaimed undercity district called Zaun. It’s your typical suburban vs slums, social injustice narrative. Piltover is glamorous and filled with rich aristocrats living an amazing lifestyle, whereas the people of Zaun live in harsh conditions with the constant threat from Piltover’s enforcers and its kingpin drug lord, Silco.

There are several key characters in this show that are from the game: Vi, Jinx (known as Powder in the first three episodes), Jayce, Caitlyn, Viktor, Heimerdinger, Ekko, and Singed.

Arcane shows us two parallel storylines within Piltover and Zaun that eventually interconnect.

Piltover is known as ‘the city of progress’ in the franchise. Here we observe Jayce and Viktor’s story where they try and some-what succeed, in harnessing magic via technology and science, to use it for good purposes. However, Hemerdinger being 307 years old and one of the founders of Piltover, warns them of the harm that magic can cause and advises them not to harness it. Eventually, this technology is weaponised and ends up in the wrong hands.

The second story we follow is set in the streets of Zaun, where orphaned sisters Vi and Powder (AKA Jinx) and friends are involved in a heist that goes extremely wrong. This is then the start of a gang war in Zaun that has monumental consequences for both cities. Vi eventually abandons her younger sister after the death of their father figure, Vander, and ends up in prison for years (eventually being released by a female enforcer, Caitlyn). This event causes the downfall of Powder’s mental stability, where she eventually calls herself Jinx and works under Silco, whom she considers a father.

The show explores monumental events in the lore of League of Legends and how it affects the world of Runeterra. Both intimate storylines stay grounded and true to what League depicts within the game.

You don’t have to play League to be able to relate to the story and characters. Episode after episode, I was engaged and encaptivated by not just the characters and the adventures they create, but also by the extremely unique and beautiful visuals.

“The lore is just the icing on the cake to deepen everything within a larger story,” says Rafael Motamayor at IGN.

Arcane is a perfect example of how adaptations are meant to be created. It’s extremely exciting for long-term fans of the franchise and not confusing for casual viewers (unlike Netflix’s DOTA series).

Riot hired a spectacular voice cast that just heightens the immersive story that is Arcane. We can feel and relate to the pain and emotional scarring of the characters because of the amazing voices provided. Here you can see the cast of Arcane.
If you’ve played the game, you’ll also be aware of the tons of Easter eggs cleverly hidden within the series. As a previous League addict, I was so happy to see many objects related to characters that casual viewers will just not know about.

This video shows us the number of Easter eggs within the series.