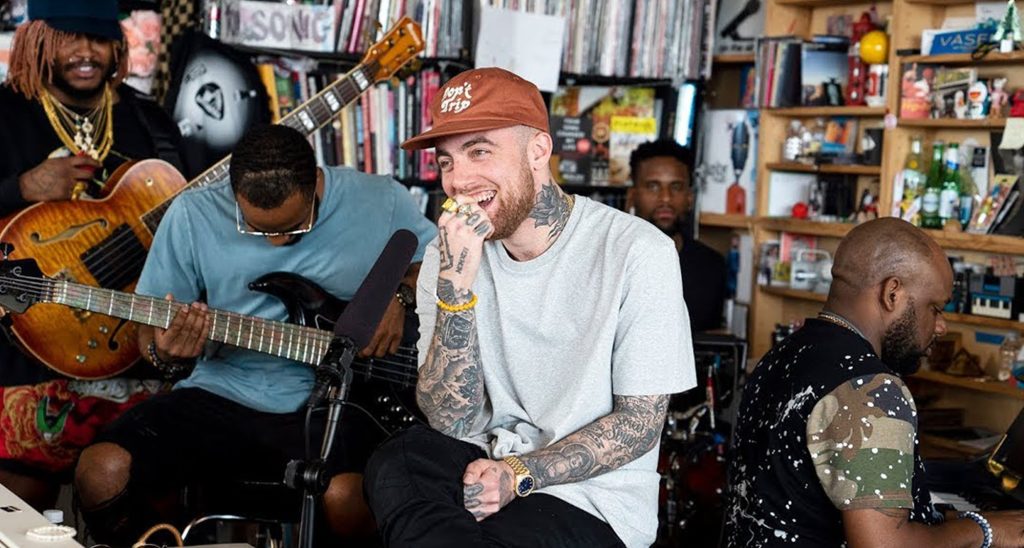 What is Tiny Desk?

For those of you who don’t know already, Tiny Desk is a show where various musical acts perform behind a desk at NPR’s Washington DC office. Stripped of huge stages, amps and high-tech equipment, Tiny Desk gives artists a chance to show the world a raw, up-close, and personal version of themselves. Tiny Desk creator Bob Boilen told Poynter that it’s a ‘true joy’ to see the musicians ‘adapt to an odd situation’ – an office in the daytime. The unusual setting is nerve racking for the most well-known to the most un-known musicians.

Imagine if you sat at a table with your favourite musical act, they took out their instruments and performed right there. NPR’s Tiny Desk have made that happen over 900 times, for 12 years. Beloved by over 6M YouTube subscribers, Tiny Desk has been the stage to a wide variety of performances – Adele, Justin Bieber, Anderson Paak, Tyler the Creator, Taylor Swift, Thundercat, Paramore – the list goes on!

Tiny Desk has always managed to create a space that encouraged artists to be vulnerable. Tiny Desk Producer Bobby Carter told Variety about his experience shooting Mac Miller’s concert in 2018. It was amongst one of Miller’s last live performances, released only a month before his passing. Carter described Mac Miller as a ‘master of the craft’ and that it was cool to see him perform in such an intimate setting.

When the pandemic hit, NPR faced serious troubles along with the rest of the entertainment industry. How did their much-adored show continue thriving through such a difficult situation?

As we all became accustomed to working from home during the pandemic, those at Tiny Desk also found a way to continue the show. In Audio Producer Josh Rogosin’s article, he describes the (Home) Concerts as ‘the same spirit – stripped down sets, an intimate setting – just a different space’. Their last official ‘Tiny Desk’ concert – featuring Sudan Archives – was filmed in March 2020. Afterwards they had to keep postponing gigs and had no idea what was going to happen. They finally shut the NPR office mid-March to protect their staff.

In April 2020, Poynter’s Ren LaForme interviewed creator Bob Boilen on the topic. ‘The beauty of the Tiny Desk concert series is the intimacy. And there is nothing more intimate than someone sitting in their bedroom on their bed with their posters on the wall, giving a concert.’ Many artists were at home alone during the lockdown periods, and Boilen thought that they could still put on a great concert. And that idea was the birth of Tiny Desk (Home) concerts, which still continue to this day.

One of the obvious hurdles for the team was handing the control to the artists themselves. Previously, musicians would come to the office and adjust accordingly, with everything set up and ready to go. Now, as the show is 100% remote, the production team must attempt to get as close to the artist as possible to get them to still abide by their parameters – whilst still pushing the essence of Tiny Desk: the intimacy.

Boilen explains that they barely give direction to the artists, and they don’t provide equipment either. They expect that most musicians they feature will be equipped with the basic tools to record themselves. Aside from slight tweaking here and there – such as rerecording if levels are unbalanced, and slight mixing if necessary – the artists are pretty much left to their own devices. In my opinion, that makes for an even more personal experience.

Below is a list of some of the more well-known artists featured in NPR’s (Home) Concert series. I’d recommend checking a few of them out.

Bob Boilen said himself, that creative people always know how to make the best of a situation. The series has also expanded to expand opportunity to artists who weren’t able to travel to Washington. The (Home) Concert series has certainly managed to lift our spirits during the pandemic, and it doesn’t look like they’re ending anytime soon.

Which Tiny Desk (Home) Concert is your favourite? Who would you like to see next?