Was ‘Star Wars’ ever that good or is everyone blinded by nostalgia? 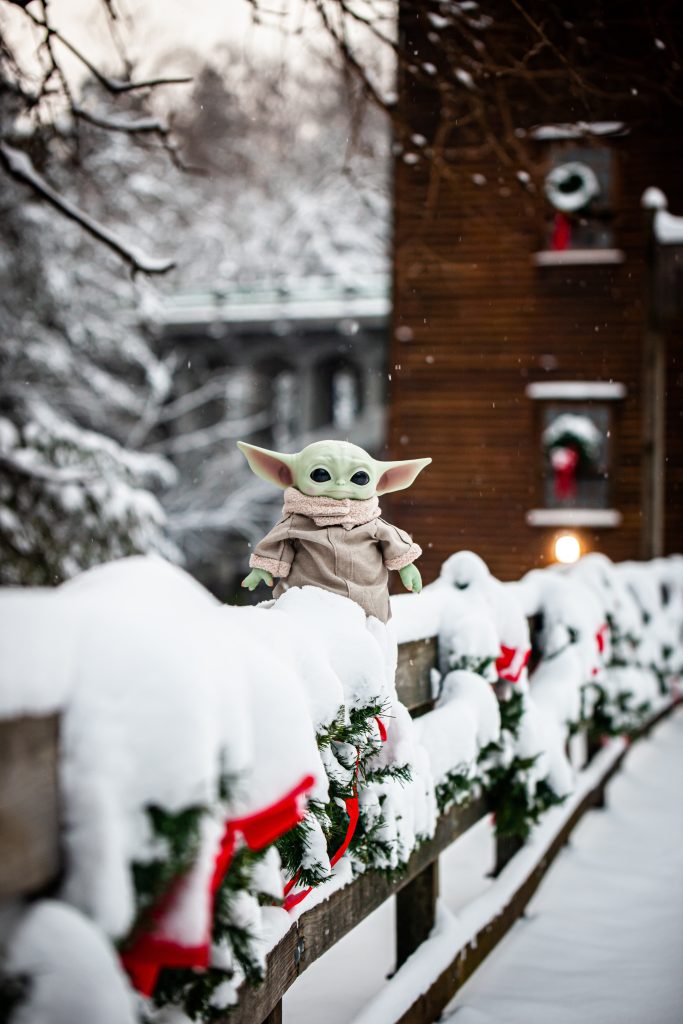 It’s December now, and time for a marathon of one of my favourite movie series to watch around Christmas. ‘Star Wars’ is undeniably an incredible franchise. Back in 1977, the first movie was released and was instantly a massive hit among sci-fi fans and a general audience alike. The original trilogy of movies is now considered a classic masterpiece of film. But is that true to today’s standards, or is it just nostalgia talking?

Before you jump at my throat, I do enjoy the oldest three movies. Hell, I enjoy every Star Wars movie. I wouldn’t say they’re all amazing, but they’re a fun, good time and I would recommend anyone watch them. Being a 2001 baby, I grew up on the ‘prequel’ trilogy (Episodes 1-3) more so than the original trilogy (Episodes 4-6). When you’re a kid you don’t really notice if a movie is good or not, everything is either just fun or boring. And I never thought any of the movies were boring! When I grew up a bit more I learnt that people generally disliked the prequels, which I thought was outrageous, until I rewatched them at a slightly more mature age. I noticed that although they were fun, and I loved them, they weren’t exactly perfect, Episodes 1 and 2 especially.

Should Your Enjoyment of a Media Depend on Whether It Was Actually Good or Not, Though?

No way! These days, people focus way too much on “critical reception”, “audience scores”, and other arbitrary ratings. Taste in movies is completely subjective, and while some movies are objectively bad, someone out there is bound to have it as their favourite movie. There is absolutely nothing wrong with that.

That being said, I think the original trilogy is extremely outdated and for the most part, boring. There isn’t much sense of direction, the generally favourite movie of the three (The Empire Strikes Back) is slow and dull, and the big twist seems kinda lame now. A returning ‘Death Star’ that is simply just bigger was pretty stupid. Luke Skywalker is mostly just whining for the first two movies, then comes back completely masterful as a Jedi, when we never saw any training for him to reach that point. Unless, of course, you count him running around in a swamp with a small old green man on his back as training. His final confrontation with Darth Vader, while entertaining to watch, just devolves into him slapping his lightsaber against Vader’s until he wins, which was apparently him ‘succumbing to the dark side’? Who would’ve thought it was that easy to beat a warrior with decades of experience under the greatest masters of the Force? Honestly, I don’t enjoy watching the original trilogy anywhere near as much now as I did when I was a kid.

If you haven’t been consumed by your hatred for me making jabs at your favourite old movies, congrats! But if you’re one of the types that can’t stand the ‘sequel trilogy’ (Episodes 7-9), this may really hurt you.

I think the sequels are amazing Star Wars. Because when you look at it, they’re the same as the originals, just modernised.

Think about it, the First Order is just Empire 2.0, the Resistance is just Rebellion 2.0, Kylo Ren is Vader 2.0, Supreme Leader Snoke is Emperor Palpatine 2.0 (quite literally actually), Rey is somewhere between Luke and Anakin 2.0, Starkiller Base is an even bigger Death Star. The plot is almost identical, from a lonely kid living on a desert planet dreaming of being a pilot, to discovering the Force, to a climactic confrontation and escape while the superweapon is destroyed. And that’s all just ‘The Force Awakens’ mirroring ‘A New Hope’. ‘The Last Jedi’ features a slow space-chase, training on a mysterious world under an old master, and confronting the conflict within the main characters. It’s exactly what ‘The Empire Strikes Back’ is. ‘The Rise of Skywalker’ shows Rey with much more experience and training, moments where she too succumbs to the dark side, while Ben Solo realises “there’s still light in him.”

This isn’t to say that I think they’re perfect, but they are extremely fun movies. When I went to see Episode 9, I didn’t have many expectations, but I was so thrilled by everything I saw that I didn’t even really notice many of the dumb plotholes or bad dialogue. Unless a movie is really that bad, I tend to not care about that stuff until after I’ve finished watching it. I truly think everyone ought to watch movies in that way. Have criticism, but enjoy it for what it is.

Speaking of criticism, time to turn to the ugly side of the Star Wars fanbase. A lot of Star Wars fans are bigoted, childish whiners. And that’s the politest way I can put it. The pure vitriol they have spewed to the cast, the directors, producers, anyone even remotely related to the sequel trilogy, is disgusting. The fact that grown men, and I do emphasise men, can act like that just because they didn’t enjoy some movies, is unbelievable. They act like the new movies are sacrilege and that the original trilogy is erased. “The extended universe was so much better!” they clamour, but the sequels’ story shares many aspects with the EU. For example, the Emperor’s revival via his spirit possessing a clone happened in both, but they only criticise the new version of the story.

Another “criticism” they claim to have is Rey being good at everything without ever having any weaknesses, what they call a ‘Mary Sue’. Like when she flew the Millenium Falcon perfectly, seemingly without ever having flown before. This is despite her growing up in a ship graveyard as a scavenger, where she explored all kinds of starships all day for decades. But let’s not talk about Luke flying a ship for the first time, outmanoeuvring Vader (who was known as the greatest pilot in the galaxy) and destroying the Death Star by using the Force, which he had never used before. Or when Rey defeated the skilled Kylo Ren in a duel after he had just suffered an emotional breakdown after killing his father and being shot directly by Chewbacca, leaving him severely injured and vulnerable. They also say that Rey is proficient in the Force without any reason, that there is no reason why she should be so skilled, and that makes her a bad character. But when they explained why in Episode 9, that she was the granddaughter of Emperor Palpatine, which made her heiress to very powerful, dark powers, they wouldn’t accept it as an answer? Also, need I mention Anakin Skywalker? The “Chosen One”, who even as a child held more ‘midi-chlorians’ (tiny microscopic life forms that allowed people to use the Force) than Grand Master Yoda? Is that not a prime example of being a ‘Mary Sue’? Besides, Rey lost heavily, she fell to temptation several times, she barely made it out of most fights with her life, and the one time she bested Kylo Ren in Episode 9, she completely gave in and almost murdered him out of rage.

There isn’t enough time in the day to go through every lame complaint against the movies, certainly not to counter each complaint. And while I criticised the original movies and defended the sequels, I will remind everyone that you can like as many or as few of the movies as you like. You may find my criticism to be baseless, much like I find criticism of the sequels to be. And that’s OK with me! What isn’t OK, however, is being toxic, aggressive and childish towards other fans. Let’s not forget that these movies are fictional, they’re always there to enjoy, and people will always have different tastes.

Now, at the end, I do implore everyone, sci-fi fan or not, to watch ‘Rogue One’ and ‘The Mandalorian’. They are both simply incredible and well worth watching as an introduction to Star Wars if you’re unsure about watching any of the trilogies.

But watch all of the movies too, one day! Whether you find any of them good or bad, it is truly an experience unlike any other.