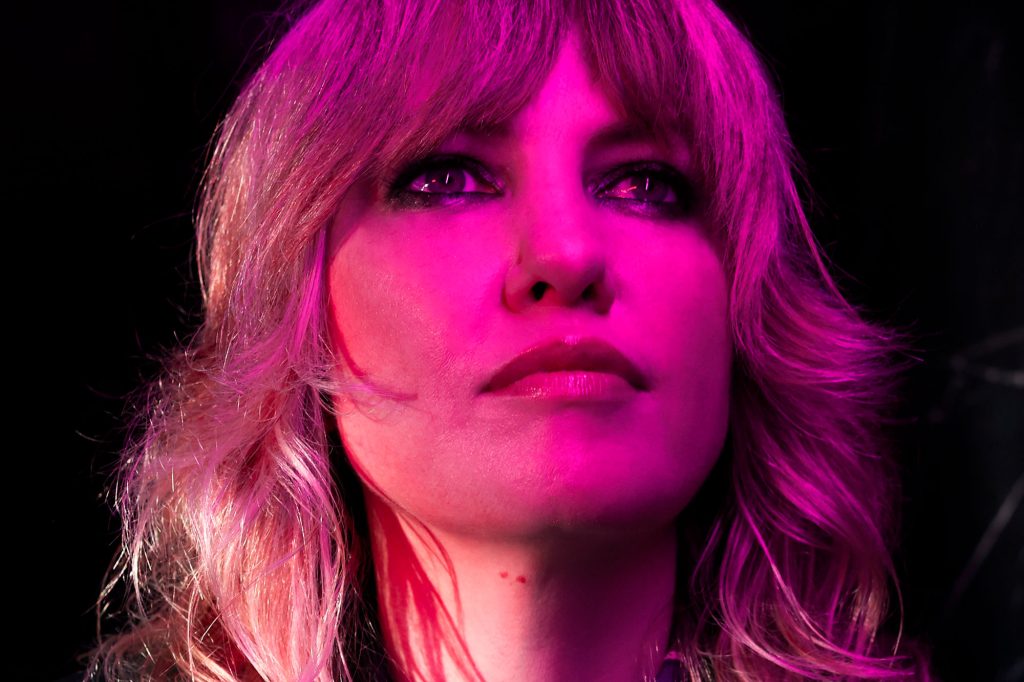 Written and recorded over Zoom, Time Flies fully embraces the 80s inspired synth and guitar-led sound her previous work has been known for. Time Flies leans more into the disco-synth pop sound than previous albums did and while Ladyhawke has been praised for the candid, honest vulnerability of her lyrics, Time Flies is perhaps the most intimate and vulnerable yet. Brown herself speaks to feeling more liberated making this album, “I was feeling pretty grateful to be alive and making music, so I felt like I didn’t ‘care’ anymore — not in a bad way, I just stopped overthinking it.” Brown says in an interview for PAPER.

Brown got her start as lead guitarist in Two-Lane Blacktop in 2001-2003 before she relocated to Australia and joined new band Teenager with Nick Littlemore – she didn’t move on to her solo career until 2006, releasing her eponymous debut album in 2007. In the five years since her last album, Brown’s life has certainly been a rollercoaster; following her marriage to actress Madeline Sami and the birth of the couple’s daughter in 2017, Brown was diagnosed with a serious skin cancer condition and has suffered from severe post-natal depression. She has since made a recovery from the melanoma and has begun therapy and medication to treat her depression, anxiety, and OCD.

Time Flies chronicles these struggles and more, featuring songs that tackle everything from relationships and motherhood to depression and homophobia. Despite the somewhat heavy and, at times sad subject matter of the album, it delivers all this in an upbeat, shimmering synth-pop sound. Most notably in the lead singles Guilty Love and Mixed Emotions.

Guilty Love, one of my personal favourites, is a collaboration with Georgia Nott of BROODS, a New Zealand based duo. The song details both women’s experiences attending Catholic school as children and the subsequent ‘Catholic guilt’.

While just as catchy as the rest of the songs on the album, Guilty Love has a grungier sound, giving it a bad-ass indie rock vibe and guitar riffs reminiscent of Ladyhawke’s previous album Anxiety. Paired with a shimmering synth and powerful, honest lyrics about the guilt caused by the Catholic church’s teachings on hell and damnation and its attitude toward queerness, particularly the chorus which refers to sexuality, “Guilty love, guilty love / You’re my new religion and I’m never gonna give you up.” In an interview with NME, Brown speaks further on her experience with homophobia in the music industry and, more recently, from trolls in the comments of her gaming Twitch channel, “ I remember right at the beginning of my career being told I wasn’t allowed to talk about my sexuality. ‘Don’t tell anyone you have a girlfriend’ was the advice I got given.” The song and its music video show the journey from being constrained by these ideas and the fear they can cause, to freedom and acceptance, to choosing to let go of the fear and be oneself – all packaged into a catchy, indie rock anthem.

Mixed Emotions is also a song reminiscent of Brown’s older works; an upbeat pop-rock track that’s impossible not to dance or sing to and catchy lyrical style, it’s easy to spot the 80s vibe. A more relaxed track, about the ups and downs and fractious nature of on and off again relationships. “In my head and you hollowed me a third time, Oh no, you follow for the ninth time.” A sparkling, catchy 80s pop bop.

Possibly my all-time favourite track on the album, the title track, Time Flies is a dreamy and romantic song about homesickness and nostalgia. Slowed down with a powerful, cinematic, and almost choral sound, Time Flies is perfect for blasting through headphones and daydreaming to, travelling home or through the city on a winter’s night – it perfectly encapsulates the feeling of never quite being ‘home’ and always searching for that feeling of belonging to a place.

Time Flies also features two slowed down ballads, Take It Easy Mama and Loner, two of the more emotional songs on the album and the latter of which being another of my personal favourites.

Brown describes Take It Easy Mama as ‘an ode to hardworking mums everywhere.’ Drawing on her own experiences with severe post-natal depression, Brown highlights some of the struggles that mothers experience in a powerfully vulnerable pop ballad. Brown’s dreamy, unguarded vocals and the slow build-up to a big chorus make the song easily one of the most evocative on the album.

My favourite of the two and just as unguarded and emotional, Loner follows. A song about depression and ‘knowing you’re loved and knowing you’re surrounded by friends who care but still feeling desperately sad and lonely’, an experience sadly relatable to anyone that has experienced mental health issues like depression and anxiety. Brown herself is known for being open about her own mental health struggles, with much of her music tackling these themes. Loner is perhaps the most stripped back song of the album yet is still full of catchy hooks.

The rest of the album follows similar themes, from Walk Away, a fun, upbeat song about feeling attracted to a person with cheeky lyrics, “Ooh, I have to say, I love it when you walk away”, and a beat impossible not to dance to. To Adam, another incredibly personal and vulnerable song dedicated to Brown’s close friend and ex-tour manager Adam, who supported the singer during her struggles with alcohol dependency.

Time Flies is a cohesive collection of alt-pop hits that, while tackling some ‘heavy’ topics, always remains ‘a love-letter to life’, optimistic, fun, and full of quirky, catchy sounds.