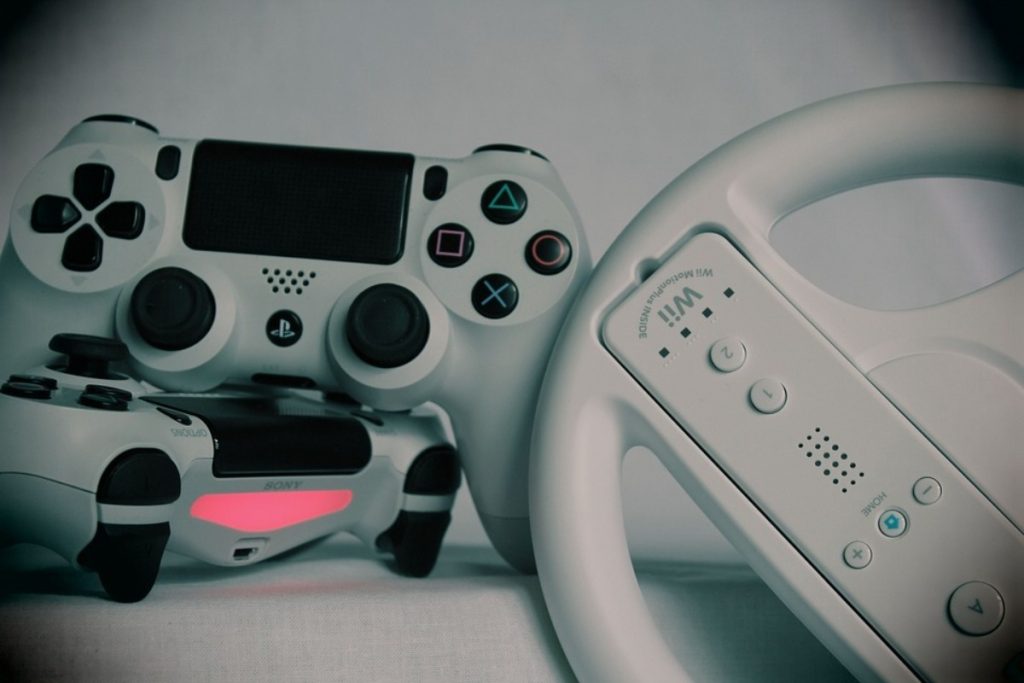 Just about any market in the modern world is a competitive one, and the home console market is no exception. It has become an oligopoly over the last few decades, helmed by Microsoft, Sony and Nintendo, and the war for “console supremacy” is one that has raged on for many a generation.

Outside of sales and specifications, the title of ‘Best Gaming Console’ is largely subjective. Everyone has their own fond memories and favourite games, and just about every home console in existence is loved by someone, somewhere.

Our picks for this list don’t just take into account the number of units sold, or how crisp and clean each system makes our favourite games look. Numbers and specifications are important, sure, but nothing beats the influence a console has had, nor the experiences shared by those who have owned them.

The Wii was Nintendo’s contribution to the seventh generation of home consoles, back in 2006. Opting to focus on innovation, rather than creating a console that would outperform the competitors, the Wii offered a level of accessibility that no other console did. This was done via its focus on motion sensor controls, and with that, came new and exciting ways to play games.

Reggie Fils-Amie (former President of Nintendo of America), spoke about Nintendo’s strategy going forward at the E3 Conference in 2006, stating that “It’s no longer confined to just the few, it’s about everyone.”

No other Nintendo console showcases this strategy quite like the Wii, even 15 years on.

The games themselves (particularly the first-party Nintendo titles), paired with the motion controls, brought a sense of childlike wonder back into a market teeming with violence and graphic horror.

Furthermore, the Wii promoted a healthy lifestyle through physical activity. The health effects of the console have been the focus of studies for multiple conditions, and games such as Wii Sports, and Wii Fit have been used in rehabilitation therapy for stroke, Cerebral Palsy, and Parkinson’s Disease.

When people think of Nintendo, the Nintendo Entertainment System (NES) is often the first console that comes to people’s minds. For many, it was their first home console.

For Nintendo, however, it was their second outing; between 1977 and 1980, a series of five home consoles, known as the ‘Color-TV Game series, were released exclusively in Japan, and featured games such as Pong, Tennis and Hockey.

But it was the NES that helped to revitalise the video game industry, following the video game crash of 1983. Released in July of that year, the NES boasts a library of 716 licensed games – an incredible number for the time. Its impressive line-up has led to a total of 61.91 million units being sold worldwide.

The console was also the original home of Super Mario Bros. Need I say more?

It is regarded as one of the most iconic games of all time. Along with the colourful sprites and now–iconic music, the “easy to grasp, hard to master” gameplay proved popular, as the game presented a balance between arcade-like action, and longer play sessions, more suited for the home console. It helped to popularise the side-scrolling platform genre, and paved the way for countless titles in the NES library and beyond.

Have you ever wondered why SEGA stopped making video game consoles? Blame Sony.

A newcomer to the home console market, the Sony PlayStation offered a mature, edgy alternative to its competition in the 1990s, a decade synonymous with revelling in rebellion.

Shifting 100,000 units on the day of release in Japan in 1994, the console would become the first in history to sell over 100 million units. As I write this article, only five other consoles have reached that milestone in sales.

Do keep an eye on the Nintendo Switch, though.

The release of the PlayStation also marked the beginning of the game industry’s transition from clunky cartridges to compact discs. Its use of CDs meant that it doubled as a CD player, which lead to a boost in sales over the Nintendo 64, as Nintendo opted to continue using cartridges.

The PlayStation’s reliance on third-party game developers gave a home to many now-iconic franchises, such as Resident Evil, Tony Hawk’s Pro Skater, and Crash Bandicoot, and whilst each of these examples have since been ported or re-released onto other, non-Sony platforms, they have become synonymous with the PlayStation.

A console I spent a lot of time with during my childhood, the Xbox 360 was Microsoft’s sequel to the original Xbox console. It shipped 1.5 million units by the end of its year of release in 2005 and became the first console of the seventh generation to surpass 10 million sales in the US.

Although it was beaten in sales by the Wii, the release of high-profile games from both first and third-party developers gave the Xbox 360 an edge over the competition. These games included console exclusives such as the continuing Halo series, and Gears of War. In addition, Xbox 360 versions of games that provided cross-platform play were seen as superior to that of the PlayStation 3, due to the latter’s programming difficulties.

A staggering 2154 games were released for the console, either via physical discs, digital download, or as part of the innovative Xbox Live Arcade program. Aside from the games themselves, the Xbox 360 was influential for its integration of ‘game achievements’, rewarding players for completing certain tasks in different games. These achievements translated into points, which could be spent on customisations for the players’ Xbox Live avatar. The Xbox Live service was influential, as it allowed players to host and compete in games with friends and strangers alike, regardless of region.

Like its predecessor, the PS2 served another purpose. Only this time around, it doubled as a DVD player. This helped to make it a must-have console for audiences, as a standalone DVD player did not come cheap in those days, and the rise in popularity of DVDs as a form of home media continued to contribute to the success of the console as the PS2’s price began to drop over the course of its lifetime.

With how readily accessible games from past generations are nowadays, it’s hard to believe that at one time, backwards-compatibility was a relatively unheard-of feature in video gaming. Enter, the PlayStation 2. While not the first console to offer such a feature, the ability to play countless titles from the original PlayStation, now with better peripherals, enticed gaming fans everywhere back in 2000.

That, along with the console’s own stellar library – which included classics such as Grand Theft Auto: San Andreas, and Kingdom Hearts 2 – propelled the PlayStation 2 to the very top of the list of the best-selling video game consoles of all time, selling a combined total of 155 million units worldwide.

As mentioned in the intro to this article, outside of the numbers, there really is no one “best console”. So, what would you have ranked differently? Are there any consoles missing from this list that deserve to be here?