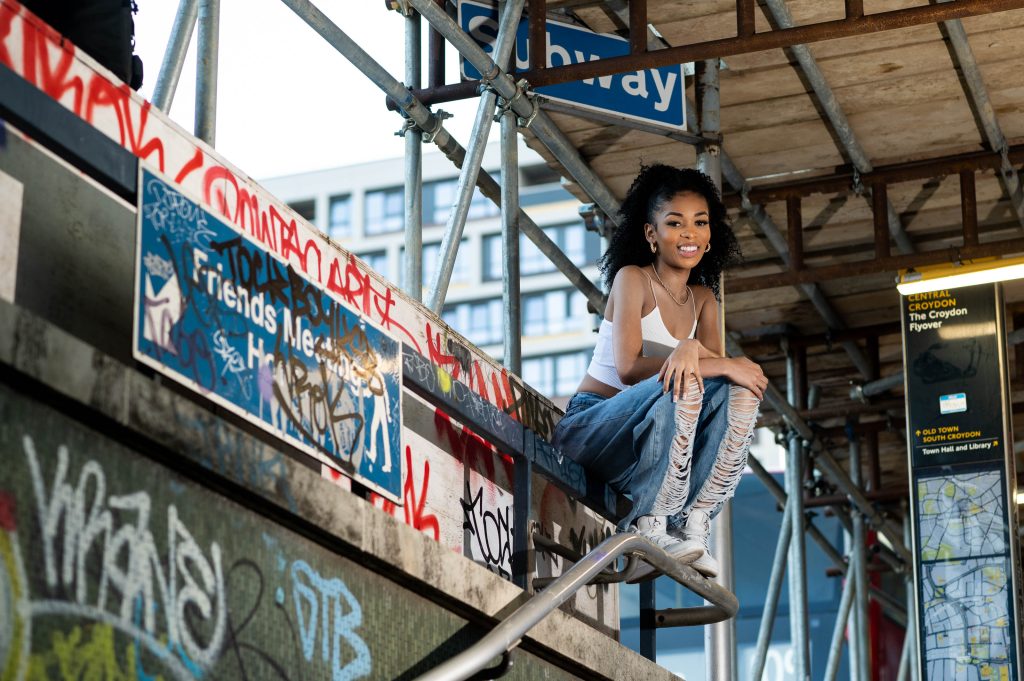 Here at Networthpick, we had the opportunity to chat with 21-year-old Singer/Songwriter, Leiyah!

Leiyah gave us an honest insight into her experience in the music industry, opened up about how she found her strength and solidarity, and shared some inspiring words of advice for aspiring artists. It was wonderful to meet Leiyah and hear her story. Read on to find out more!

South London born talent Leiyah has already achieved so much at 21 years old. She completed her BA in Music Industry Practice and MA in Music Business Management; she appeared on Capital Xtra, BBC Radio Berkshire, and Pulse88 FM; she practically headlined the main stage of MetroFest; and performed at the world-famous Jazz Café. Between 2018-19, Leiyah released 5 singles and an entire album, Souls of September. She went on to release 3 singles in 2020, and her new 5 track EP Pronounced Leiyah in 2021.

Leiyah has blessed the music scene with her singing and songwriting abilities for years, and she’s not finished just yet. After leaving education Leiyah promises to put her full focus on music in 2022.

You must be wondering – how did Leiyah get here?

Music has been in Leiyah’s family for a very long time: her late father was a DJ, playing Reggae on the Gemini sound system out of Brixton, and her late Uncle, Earl “Wya” Lindo, was an original member of Bob Marley and the Wailers. When she was young, she took interest in her Uncle’s guitar, so he gravitated towards her and taught her the piano, guitar and how to write songs.

Leiyah went to Shirley High Performing Arts College in Croydon. She remembered that Oritsé Williams from JLS visited the school to promote a girl group, prompting those with a ‘talent’ to get on stage. Leiyah had no idea what her talent was, but still got up on stage and sang a song she heard earlier that day. Everyone was shocked at how well she could sing, and that’s when Leiyah discovered her talent.

She told us how difficult it was to get to where she is today. In her eyes, she didn’t start her career in the best way – ‘If you don’t put yourself out there and let people know who you are, then you’ll be left behind.’

Whilst Leiyah studied at The BRIT School she had no idea what she was capable of. She was confident in the classroom but didn’t have that confidence on the stage. She didn’t have the courage to say, ‘I want this solo’ or ‘I want to sing this line’, but there were people out there that did. Luckily, she was in a smaller class with 3 or 4 singers, which allowed her to grow at her own pace. When Leiyah went to university she finally realised what she could do with her voice, and from there her confidence grew.

Leiyah describes the music industry as ‘cutthroat’. She says that networking is key – if you don’t know anyone its much harder to get to where you want to be. ‘Grab everything by the horns’ and ‘don’t be disheartened by rejection’.

Leiyah met her manager whilst she was doing her masters. One of her managers runs an event called Access all Areas and asked her university if anybody would like to perform. She was scared to reach out, but her Mum finally convinced her to do it. That opportunity was the start to Leiyah’s career. If she hadn’t put herself out there, she wouldn’t be where she is now.

‘Rejection is Projection. You can’t be disheartened by rejection.’

After auditioning for Little Mix: The Search, she was convinced that this would be her claim to fame. Leiyah got to the very last stage of auditions, but ‘thankfully’ didn’t get in. Instead, in the past year she met her management team, performed at the Jazz Café, practically headlined the main stage at MetroFest, appeared on Capital Xtra and BBC Radio 1. Sometimes, taking opportunities that you think are huge could actually be damaging to your career. At the time, missing that opportunity made her reconsider her worth.

With time, she realised that Little Mix: The Search just wasn’t the right path for her, strongly standing by the fact that ‘rejection is always the stepping-stone for success’.

Her newest EP Pronounced Leiyah is definitely worth adding to your music library. The EP starts off hitting hard with Mama Was Right, an original song showcasing Leiyah’s powerful voice. The track is like a modern approach to classic R&B with nostalgic samples, a slow, pounding beat and strong backing vocal harmonies. The next three tracks are covers: an emotional, piano version of Kiss It Better by Rihanna; a chill, blissful rendition of The Worst by Jhené Aiko with tranquil harmonies throughout; and a soulful cover of The Weekend by SZA.

The last track on the EP, Restart, is my personal favourite. Catchy, soulful, upbeat, you will be singing Restart for days. Shortly after the EP’s release, Restart was remixed featuring MiMi Mxnroe’s bars in the verses – which perfectly complements the track.

As Leiyah shared with us in the interview, she is putting her full focus on music in 2022. She will also be opening for Bobby Valentino for his London dates next year, so keep an eye out for that. We’re keeping our fingers crossed for lots of new music too!

Her advice for up-and-coming artists is that it’s vital to ‘study your craft’ and ‘learn about the music industry’ – it can be cutthroat. She also expresses the importance of learning music theory – ‘there’s a difference between being a singer and a musician,’ she says. Understanding the functionality of music will open endless doors for you.

It was great to meet Leiyah and hear her story. I appreciate her transparency when describing her struggles with confidence, because I know so many young musicians find it hard to put themselves out there. Leiyah has influence, and I believe that what she shared with us will help other aspiring artists to take the leap and show themselves to the world too.

We are so grateful for Leiyah’s wise words and can’t wait to see what Leiyah brings us in 2022!