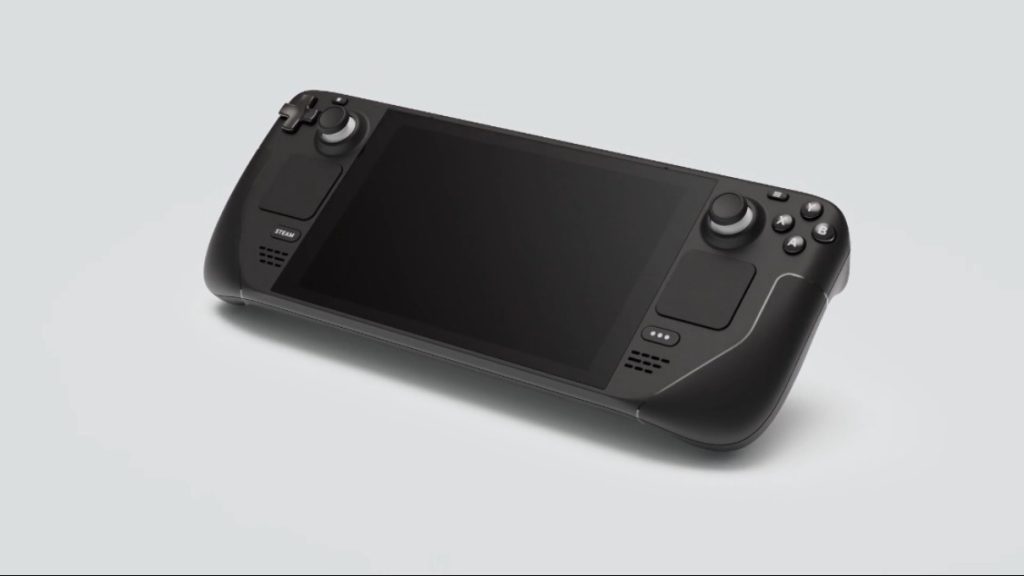 In July of this year, Valve announced the Steam Deck. It’s reported to be a handheld gaming console – however, the caveat is that it will run the Steam library directly. Users, therefore, will be able to play Steam games away from their PCs. This is a huge development in PC gaming, which has struggled to catch up to the host of handheld consoles released in the last few decades. From the Gameboy to the PSP to the Nintendo Switch, and now – finally – the Steam Deck.

With a 7-inch LED touchscreen, two thumb sticks, ABXY buttons and a directional pad, as well as two shoulder trigger buttons, the Deck sounds like a beast. There’s also haptic feedback and a Switch-style gyroscope, for those into that. Battery life is expected to be anywhere between five and seven hours, depending on the intensity of the game being played. It will also have the capacity to run other gaming applications or storefronts, presumably like the PlayStation Store.

This isn’t the first time Valve have tried to create a specific console, though. Between 2015 and 2018, Valve offered us the Steam Machine. It used the Linux operating system and was essentially a small, pre-built gaming PC. The Steam Machine faced a problem, though. In Deck designer Steve Dalton’s words, “there was always kind of this classic chicken and egg problem” – meaning that both users of the Machine and developers of games would have to switch to Linux from Microsoft Windows in order for the console to become feasible.

Dalton has also said that “more and more it just became kind of clear, the more of this we are doing internally, the more we can kind of make a complete package.” And along came the Steam Deck. Originally intended to be available in the US, UK, and EU by this month, there have already been shortages. In July, when pre-orders opened for existing Steam users, the servers (briefly) crashed under the strain of the traffic. There’s also been a worldwide shortage of integrated chips due, in part, to the COVID-19 pandemic. This has also affected the production and sales of cars and gaming PCs.

Expected to ship to the US, UK, and EU in early 2022 (missing this year’s Christmas period, sadly, but probably around February), prices for the console vary. Hold your hats for this. The ‘Base’ version, with 64GB storage, is expected to cost $399/£349/€419. The midrange version, which has 256GB, will cost $529/£459/€549. The high-end version, with a whopping 512GB of storage space, will most likely have an introductory price of $649/£569/€679. Despite the revolutionary status of the console, and the three options available, it remains a heavy price to pay for the ability to play Steam libraries on the go.

Despite the price tag, president of Valve Gabe Newell says that he kept the prices ‘low’ to demonstrate that the Deck is ‘viable’ as technology. The philosophy of the Steam Deck is more in keeping with PCs than consoles; Newell says that there are no restrictions as to the usage of the Deck – indicating why it has the ability to load other operating systems and storefronts.

For me, the prospect of having the portable ability to play from my Steam library is too big an opportunity to miss. The cost is definitely a worry, as are the inevitable shortages once the Steam Deck actually ships. But as something on the near horizon of gaming, I’m looking forward to it.