The Lowdown on Pronouns 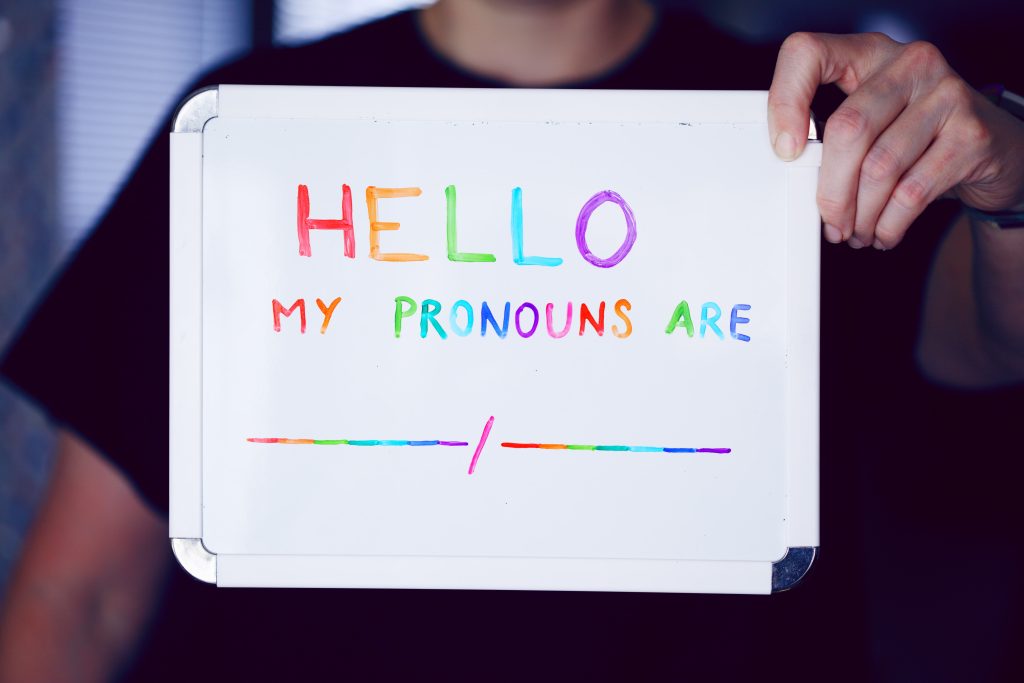 Pronouns – we use them every day, without thinking about it. It’s easy to forget how important they are. Using the right pronouns is important because it shows respect. It is also very validating for trans and non-binary people when their gender is affirmed with the right pronouns. On the other hand, intentionally using the wrong pronouns for someone is insulting. If you’re wondering why some people want to be referred to as they, or why some people wear badges with their pronouns, you’ve come to the right place.

The most common gender pronouns are:

Many – but not all – non-binary people use they/them pronouns. Some non-binary people prefer he/him or she/her pronouns, and some are ok with multiple pronouns. For example, someone might be OK with she/her and they/them, or he/him and they/them. Some people are OK with all three! If you’re not sure about someone’s pronouns, just ask them. Some people also wear badges that show their preferred pronouns. This is especially useful if someone is non-binary or gender-nonconforming, and you can’t tell at a glance how they identify, but it is good even when gender-conforming people disclose their pronouns, both for clarity and to normalise the practice. Disclosing your pronouns is also very useful if you prefer a non-standard/uncommon pronoun. Speaking of which…

They/them is the most common gender-neutral pronoun, however, there are many other non-gendered pronouns. Some non-binary people aren’t comfortable using they/them pronouns, for many reasons. Some think that they/them feels too genderless, and want something that affirms their identity as separate from the gender binary, instead of simply neutral. Many gender-neutral pronouns have been proposed over the years – one of the earliest known, thon, was proposed in 1880. These pronouns aren’t used as often as the main three, but it is still worth being aware of them. Here are some of them:

Introducing new gender-neutral pronouns isn’t limited to the English language. In Swedish, hen is used along with he(han) and she(hon). The French dictionary Le Petit Robert recently included the pronoun iel/iels in their latest edition.

Some people say that asking for and respecting pronouns is “too hard”. Interestingly enough, I have personally only ever heard this from people who are comfortable in their gender and have no trouble fitting into the gender binary. Of course, it is hard to know how it feels to have your gender identity disregarded if it has never happened to you before, but imagine this – someone you know refuses to call you by your name. It doesn’t matter how many times you’ve told them that your name is Sam, they just say, “Well, you look like a Taylor to me!” If you insist that they use your actual name – “How on Earth am I supposed to remember that? It’s easier for me to call you Taylor.” How infuriating would that be? If you consider it too much effort to treat those you meet with basic dignity by acknowledging their gender identity, you should have a serious think about why your comfort is more important than being polite. It can be difficult to get into the habit of asking for pronouns and using unfamiliar pronouns, but it is a relatively small effort to make, with the massive benefit of making gender non-conforming and nonbinary people around you feel respected and valued.