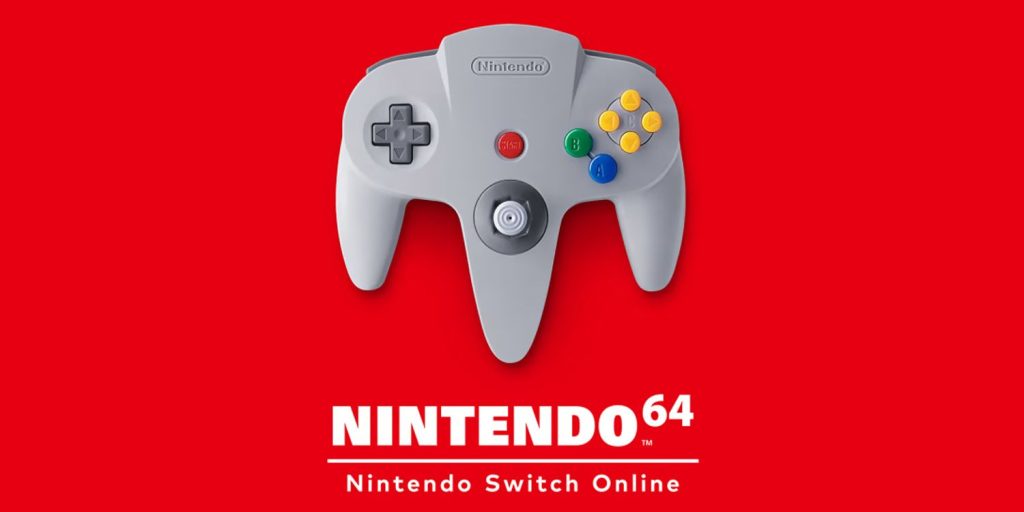 Nintendo Switch Online offers players an expanding catalogue of titles from previous Nintendo systems, such as the NES and SNES. With the release of the Nintendo 64 expansion pack earlier this year came the opportunity to play games such as ‘Super Mario 64’, and ‘Sin & Punishment’. A number of other titles, such as ‘F-Zero X’, have also been confirmed for future updates, and a few others have been hinted at.

But what have Nintendo seemingly missed out on?

With the confirmation that ‘Banjo-Kazooie’ will be coming to the Switch in the coming months, it may only be a matter of time before we see the bear and bird duo through their second outing. (Third, if you go by the canonical timeline.)

With a sales figure of over three million copies worldwide upon release, it was considered a worthy successor to ‘Banjo-Kazooie’, so it would be no surprise if Nintendo wanted to snatch the platformer back up for their NSO service in the future.

Hopefully they will have fixed those pesky frame rate issues by then.

WWF No Mercy was the last in a series of wrestling games for the N64, and stood alongside ‘WCW vs. nWo: World Order’, and ‘WWF Wrestlemania 2000’. It is our pick, due to the improved graphics, in-depth character creation, and its “Championship” mode.

Released in the THQ era, No Mercy is still regarded as one of the best wrestling video games of all time, as well as a standout title for the Nintendo 64. Hideyuki Iwashita, the director of WWF No Mercy, has since signed on as a consultant for a wrestling game based on rival wrestling company, All Elite Wrestling.

It would be a shame if Nintendo passed up the opportunity to curry favour by porting this one.

Focusing on trainer battles rather than progression through a well-developed story, Pokémon Stadium was a welcome deviation from mainline Pokémon games at its time of release in 1999 in Japan, and 2000 in other regions.

The game also included multiplayer mini games aimed at a younger audience, such as “Clefairy Says” – a take on the classic game Simon Says.

While it is unlikely that we will see the ‘Transfer Pak’ technology integrated into a port of Pokémon Stadium – this allowed players to view, store, trade and battle their own Pokémon from the Red, Blue and Yellow games in the Pokémon series – Pokémon Stadium would be a welcome addition to the NSO library, particularly with the service’s online capabilities.

As ‘Super Smash Bros. Ultimate’ continues to be one of the most popular games on the Nintendo Switch, there is little doubt that many fans would find the game that started it all to be worthy of a slot in the NSO: Nintendo 64 library.

While the roster of twelve fighters may be nothing to write home about today, the idea of a crossover fighting game of this magnitude was unheard of at the time. The inclusion of beloved characters such as Mario, Link and Fox propelled the game into high popularity, and actually served to boost the sales and recognition of other N64 titles from which the fighters originated.

The main praise came from the game’s multiplayer mode, so, should it be ported to the Switch, it will be interesting to see if the game follows its successors in online playability. Here’s hoping so.

With a booming speedrunning community, the spiritual successor to ‘Goldeneye 007’ is another N64 game that is still enjoyed to this day by many. Regarded as one of the most technically advanced games for the N64, players assume the role of Joanna Dark, an agent of the Carrington Institute research centre, as she attempts to stop an extra-terrestrial conspiracy by rival corporation ‘dataDyne’.

Running on an upgraded version of the game engine used in ‘Goldeneye 007’ (more on that game shortly), critics praised Perfect Dark for its graphics, artificial intelligence, and number of multiplayer options, however it suffered similar frame rate issues as the previously mentioned ‘Banjo-Tooie’.

The success of the title led to a remaster, also titled Perfect Dark, being released in 2010. The remaster featured enhanced graphics, as well as online multiplayer.

I think we’re due for a port of the game in all its polygonal glory.

Despite a remaster having been cancelled due to licencing issues, it is not out of the realm of possibility that fans could see GoldenEye 007 on the Nintendo Switch.

GoldenEye 007 pioneered the idea of atmospheric single-player missions, as well as the integration of stealth elements that we see in many first-person shooter games today. It was also a step away from the then-standard approach to graphics and art style seen in titles such as ‘DOOM’, opting for a more realistic approach.

As the third best-selling Nintendo 64 game, and with an even larger speedrunning community than ‘Perfect Dark’, it would ultimately be a shame not to reintroduce it to modern audiences. Let’s hope they can one day share in the timeless fun of the multiplayer mode.

During the Christmas season of 1997, Diddy Kong Racing was the must-have game for Nintendo fans. But it almost didn’t happen. The original idea for the game was a real-time strategy game, known as ‘Wild Cartoon Kingdom’. However, with the release of ‘Banjo-Kazooie’ being delayed until 1998, the decision was made to create a racing game that revolved around Diddy Kong, touting him as a mascot for developer/publisher Rare.

This is one delay that gaming fans can surely appreciate.

The game went on to become the eighth best-selling Nintendo 64 game, and was praised for its inclusion of a story – “Adventure Mode” – something that N64 juggernaut ‘Mario Kart 64’ did not have.

The inclusion of Diddy Kong Racing in the NSO library would be a welcome one, and provide players with a nice break from the roster and tracks provided by games in the Mario Kart series.

Whilst not as impactful as ‘Donkey Kong Country’ for the Super Nintendo Entertainment System, Donkey Kong 64 is regarded as one of the best 3D platformers on the Nintendo 64. If you’re familiar with the Nintendo 64 library, that’s some tough competition.

Hopefully Nintendo has a similar amount of love for the title as it did in 1999. The game had an exceptionally large marketing budget leading up to/during its release. This included advertisements, sweepstakes, and even a national tour.

Whilst critics were quick to point out the tedium of the games “collect-a-thon” nature and emphasis on backtracking, DK64 received critical acclaim, and was the Nintendo 64’s top selling game during the holiday season of 1999. It kept interest in the console, despite rival company Sega’s introduction of the Dreamcast. With roughly 30 hours of basic gameplay alone, DK64 is a must-have addition to the Switch library.

It’s safe to say that this is the most unlikely entry on this list, but that does not make Conker’s Bad Fur Day an unwanted game.

Designed for more mature audiences, the game features graphic violence, substance use, profanity, and vulgar humour. While none of these things are necessarily unheard of in Nintendo games, the similarity in art style to games such as ‘Banjo-Kazooie’ could perhaps fool younger audiences, as well as the parents purchasing the game or NSO service.

The game has amassed a cult following over the years, but perhaps this one is better left on the shelf, if Nintendo wants to keep its family-friendly image.

With limited advertising leading up to the release of the game, I think Nintendo agreed, even back in 2001.

With the recent successful release of ‘Mario Party Superstars’, why not offer one of the games that started the series?

Whilst criticised for the similarity in gameplay to the previous instalments, numerous critics regarded Mario Party 3 as the most enjoyable in the series thus far, as it “provides enough to entice new fans and satisfy existing ones” – Gavin Frankle, AllGame.

Mario Party 3 offers players the choice between eight characters, rather than the six offered in the previous two games, although the final two characters – Princess Daisy and Waluigi – had to be unlocked. It is also the first Mario Party game to feature multiple save slots. If online multiplayer can be integrated correctly, Mario Party 3 should make a fine addition to the Nintendo Switch Online library.