A Cat’s Christmas: Celebrating 10 Years With My Very Best Friend 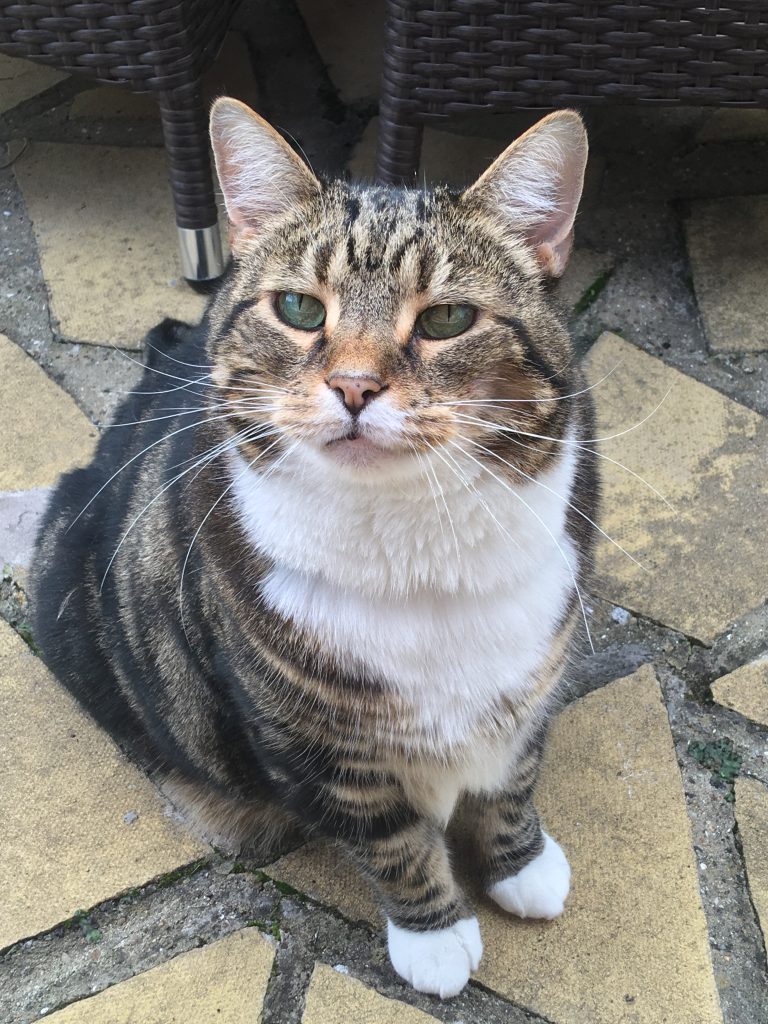 Everybody should love cats. They are small, fluffy, cute and evil all in one. They could cuddle you for an hour straight, then suddenly decide you are their mortal enemy and scratch you to shreds. But today I’m here to celebrate the best, gentlest cat ever, this chubby fella called Thor.

Thor has been my cat for the past decade, born March 15th 2012, we adopted him and his twin brother Zeus from a family friend.

They grew up together for a year or so in our house, but one day they both went out for a walk together. Neither had come back for a few hours, and we were worried about them. A few hours later, Thor came back alone. Zeus had gone missing, and while we had posters put up around the town, we never found him again. Thor seemed lonely for a long time.

His second Christmas with us, I remember coming downstairs early in the morning, and he was sitting by the Christmas tree, waiting for someone to walk into the living room. I sat down on a sofa and he jumped up on me, purring and kissing my face with his little nose. I cuddled him for a while, and told him I really missed his brother too. Cats seem to know when something is wrong with their owners, when they’re sick or upset, cats will come and give them their love. He fell asleep on my lap and we waited for the rest of the family to come down. Zeus was and always will be Thor’s brother, no matter where he is now.

Over the years we had visitors from many cats, but one of the most important ones was this white and black cat that Thor grew fond of. A scruffy young cat who Thor would sit near often, who came for some food a few times a week. My sister nicknamed him Scruffy, and it stuck. They were great together, Thor had a new adoptive brother and they would spend a lot of time just relaxing with each other.

Scruffy actually became quite close with this strange cat, sometimes I’d see the two of them sitting up on top of the shed together, perfectly content.

One day, however, Scruffy had gone for a long walk. We were used to it, he liked to spend a few hours at a time outside. But the next day he hadn’t returned. Or the next, or the next. Weeks went by and, after putting up missing posters again, he was gone. Just like that, Thor had lost another brother. Scruffy was one of the best things to happen to Thor.

Over time, I noticed this cat was coming more frequently. They were very anxious of me however, but after several attempts, I managed to coax them over to the edge of the shed to meet me. This would be the first time Freya grew to trust me.

Freya is truly the prettiest cat in the world. She would sit in her bed, near my preferred sofa, and just sit and stare at me in wonder. She had many trust issues at first, but she grew to adore me, and eventually the rest of my family. Even became cuddlier than the fluffy bear that is Thor!

The brown cat stopped appearing at some point. Since he hadn’t been treated very well by his owners, we assumed he was given away to someone else. The brown cat was a great little guy with a lot of personality.

When we took Thor and Pluto to the vets for injections, we decided to take Freya on another day. It turns out that she was previously owned, and had run away from home. Since she was chipped, it was the vet’s legal obligation to inform her previous owners, who had since moved far away. They decided to take her back, and we said goodbye to her and she was collected later that evening. Seeing her go, after taking care of her for half her life, building up such a bond with her, it was damaging. But, I know she’s at home now, she has a family, and I truly hope she has a wonderful and safe Christmas. Freya was the most beautiful, precious, loving cat I’ve known, and I miss her with all my heart.

This has been Thor’s story over the past 10 years, his friends, his losses, his great life. Here’s to many more years, my best friend, my little brother.

Pluto is playful, naughty, makes a mess of the house, likes to jump on Thor often, but is a joy to be around. Thor is getting older, he likes to sleep a lot, he tends to be grumpy often, but he is very handsome, affectionate, and I wouldn’t trade him for the world.