A Guide To World Music: China 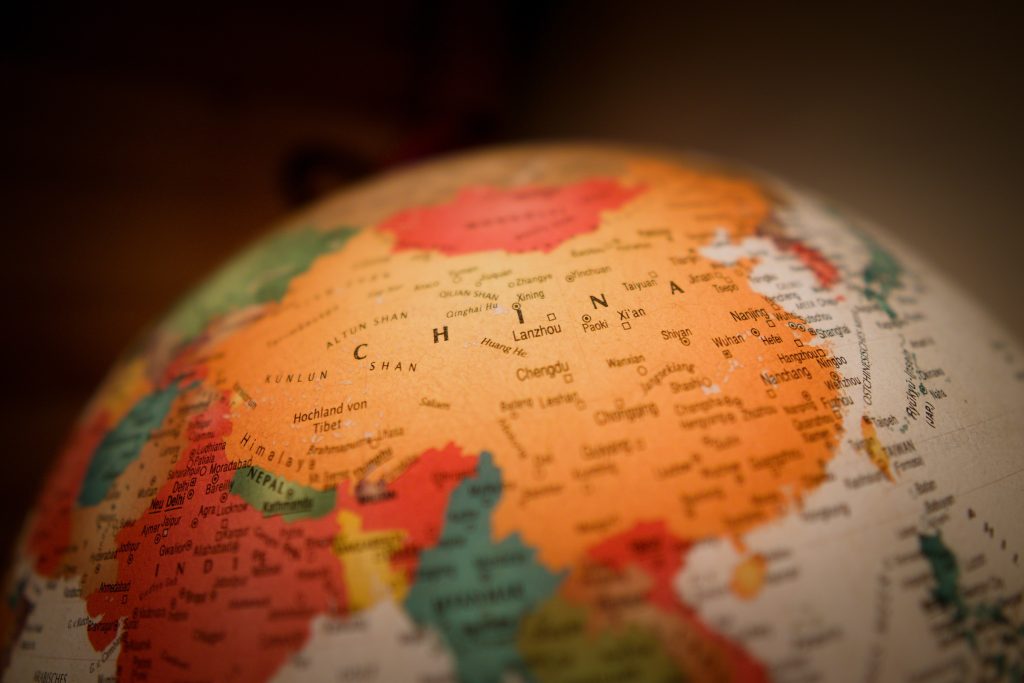 Far East Asian countries have the most distinctive traditional music, and most of their influences derive from China.

The legends of ancient China say that a man named Ling Lun founded Chinese music, as requested for the Yellow Emperor. He was commissioned to create a twelve-tone musical system made of bamboo pipes, consciously tuned to sound like birds. Specifically a mythological creature, the phoenix. The sound of a phoenix was extremely important to reimage, as the musical instrument was created to represent Fenghuang, the phoenix that ruled over all the birds in the far East.

Fun fact: The name Fenghuang expresses the Taoist idealism of Yin and Yang. Feng was seen as male, whilst Huang represents femininity, beauty, and peacefulness.

By 3000 BC, China had refined musical theory and practices. A 3rd BC writer, Lu Pu-We wrote “music expresses the accord of heaven and earth”. The harmony between men and spirits was stabilized through traditional Chinese music. More often than not, in ancient China, music was used to convey everlasting truths, and helped prepare mankind for these truths, instead of entertainment purposes.

Interestingly enough, the equilibrium between heaven and earth, during this time, was also shown musically. In the Chinese alphabet, the number three is the symbolic numeral of heaven and number two, is of earth; therefore “sounds in the ratio 3:2 will harmonize as heaven and earth”. This is why 5th and 4th (inverted 5th) harmonies are dominant within Chinese music.

The Chinese were the first to ponder the connection between fifths, dating all the way back to 2700 BC. Music consisted of one key tone and pitches borrowed from the cycle of fifths. They discovered that a series of fifths would yield twelve separate notes at the end of the cycle, before repeating a note. This system of writing was significant for the Chinese as the number five is honoured and was seen as sacred to them.

Chinese philosophy states that music should be an impression of natural order. Therefore, the 12-tone system that I previously mentioned had to be a transposing system. The 12 notes represent the 12 signs of the Chinese zodiac, 12 moons and 12 hours and so on.

Chinese folk music is entrancing and beautiful, and that’s not just because of their music theory. Oriental instrumentation is also extremely unique and fascinating.

Chinese instruments are categorized into eight groups known as bā yīn. The eight categories are bamboo, silk, wood, stone, clay, metal, skin, and gourd. China was one of the first countries to group musical instruments by the material they were made with instead of how they play.

The erhu is a bowed, two-stringed Chinese fiddle and is the most popular instrument in the silk category. The strings are traditionally tuned a fifth apart and stretched over a wooden, drum-like body, covered in snakeskin. This instrument is microtonal as it has no fretboard. When played, the erhu is held upright, leant against the performer’s thigh and each pitch played is ruled by the pressure of the performer’s hand. There are two other versions of the erhu; a higher-pitched one called gaohu and a larger, lower-pitched version called zhonghu.

The pipa is a short-necked Chinese lute. The body is pear shaped and is shallow. Again, the strings were once made of silk unlike today, where they are made of nylon-wrapped steel. In ancient China, the pipa was played with a plectrum or with bare fingers; however, now you play with short plectrums attached to the fingertips. You can play a variety of techniques such as tremolos, glissandos, and harmonics. The instrument is named directly after how you are meant to play it: Pi, for plucking forward and pa, for plucking backwards.

The guzheng is probably my favourite Chinese instrument as I love the ethereal, soft sound they produce. This instrument is a type of zither, a distant cousin to the guitar. However, unlike our guitar relative, the guzheng is played on its back, commonly whilst sitting. The impressive 21 strings can be adjusted to fashion different pitches. It is commonly tuned to play pentatonic scales (again, China really likes the number five!) Shockingly, to none of us, it’s not the easiest instrument to learn.

The bamboo category is pretty simple as it refers to mainly instruments that are woodwinds.

The bawu, although shaped like a flute, is a free-reed instrument, with one metal reed inside. Think of it as a Chinese clarinet, it has a similar timbre and plays practically the same, horizontally whilst blowing into a hole on the side of the pipe. The bawu originated in the Yunnan province of southwest China and is fairly easy to learn.

The dizi flute is simply known as the Chinese bamboo flute. It is a transverse flute that plays a major role in Chinese opera, orchestra, and folk music. Within China, it is a popular instrument to play as it is simple to make and easily carried. Depending on where they are made, they can be created out of purple or violet bamboo (Northern China), White bamboo (in the cities Suzhou and Hangzhou) or slender, light-coloured bamboo that produces a much quieter tone (Southern China).

The xiao flute, is an end-blown bamboo flute, recognised by its melancholic tone. It is said that the first xiao originates from the Han dynasty, imported from what is now northwestern China. Naturally, xiao flutes are made of bamboo, however, jade, ivory, and porcelain xiao flutes also exist. They have five finger holes situated in the front, and one on the back. The top has a small opening with a V-shaped notch that allows airflow through the instrument. The xiao has a two octave range.

Contrary to popular belief, the seven-tone scale is commonly found in Chinese music. Although, more commonly, pentatonic scales are used.

How To Create Your Own Traditional Chinese Music

Chinese music can be hard to compose, however don’t let that put you off because no matter what you write, the oriental, Chinese sounds and tonalites you create will sound sensational.

The only problem you may run into is that there are not many free VSTs (if you’re composing digitally) that have Chinese instrument samples. I personally pay for Composer Cloud’s EastWest libraries where they have hundreds of instrument VSTs, globally, that you can use.

Don’t worry, I didn’t know what heterophony was either, before I researched this topic. However, this technique is used a lot in traditional Chinese music.

Essentially, you will want to create a melody, and several variations of that melodic line. Use these different variations throughout your piece, splitting the melody between different instruments in each phase.
Sometimes, try to use call-and-response with your melodies across various instruments, as it creates a greater dynamic range.

What Percussion Should You Use?

Chinese percussion is fairly unique, so it’s important to use specific instruments. Luckily for you, you can find most of them using free VSTs or easily bought yourself.

I use Logic Pro X when composing, and it has a free VST library that you can download and use (most DAWs will have a free library like this). If you select the world tab and click on percussion, there is a generic Asian kit that will have gongs, rattles, cymbals etc. perfect for you to use. Within this kit you will also find wooden percussion like bamboo clappers and temple blocks that are also prominent within Chinese music.

Don’t be afraid to add some western instruments for a more modern flare as percussion like timpani, glockenspiel and xylophone fit perfectly. Again, these can be found in Logic’s free library.

Although Chinese instrumentation adds to the extremely unique tonality of their folk music, the scales and harmonies they use are extremely important. Even if you don’t have access to traditional instruments, you can still compose something that sounds Chinese, as long as you harmonize correctly.

This image may seem confusing for those not musically inclined, however it’s an easy way to understand harmonies. The harmonies you create depend on the intervals between notes. The Chinese use fifth and fourth harmonies, which you can see in the above image. Use unisons or octaves as well, as they are all considered perfect harmonies, which are commonly written within Chinese music.

You can use seven-note scales if you want, but mostly use pentatonics.

You are not confined to these steps when writing, you can compose your track however you want. The instrumentation does bring an exclusive tonality to the genre, however as long as you stick to the pentatonics and fifth harmonies, you can use whatever you like.

I have created my own Chinese, instrumental soundtrack which follows the life of a fire-bellied toad called Chef Ribbert, who sells his ‘Hop Suey’ in the streets of China. You can listen to this track on Soundcloud.