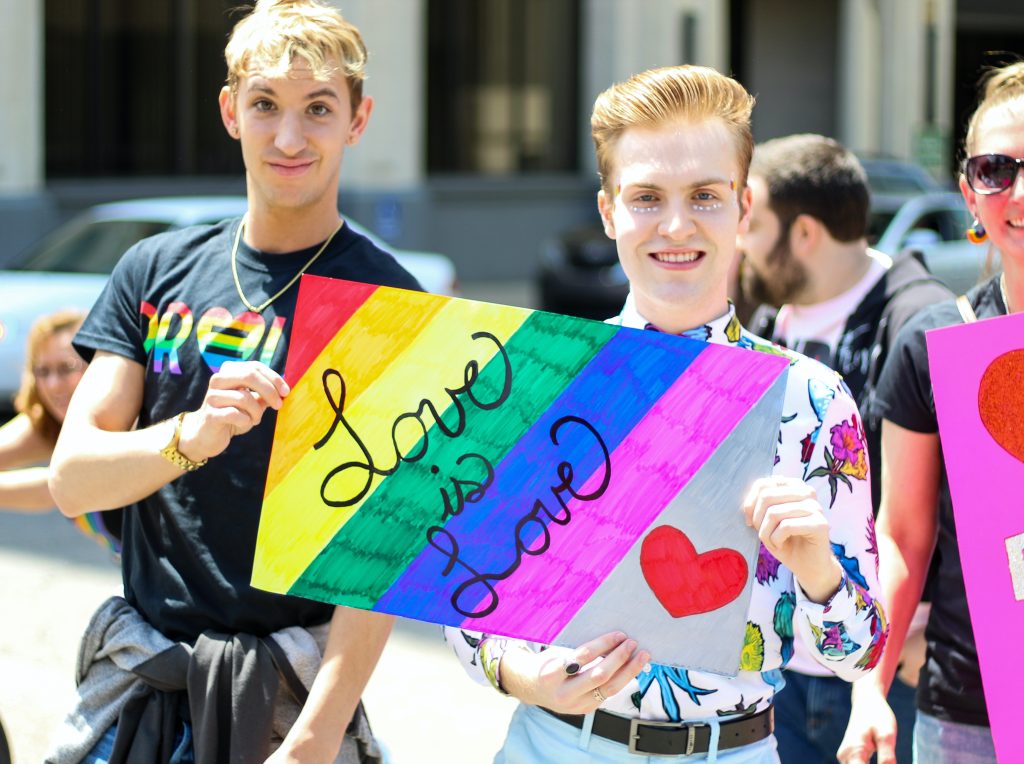 For LGBT people, it is easy to feel alone. Maybe you don’t know many other queer people, or the ones that you do know are online friends. For many people in this situation, it feels like there is nobody else in the world like them. The beauty of Pride is the way that it shatters this worldview – thousands of people in one place for all to see, proudly proclaiming their identities. There is nothing more powerful than seeing with your own eyes that you’re not alone and there are so many others like you. Every year, many Pride events take place across the UK, and here’s a list of some of the ones to mark in your diary. There’s also a couple of non-Pride events that are worth going to!

Next year marks the 50th anniversary of Pride in the UK. With the original 1972 UK Pride also having been held in London, Pride in London is set to be bigger and better than ever! Pride in London is the biggest Pride celebration in the UK, having attracted 1.5 million participants in 2019. Along with the march through the streets of London, there are usually stages in Trafalgar Square and Soho with live music, as well as other events throughout the city. The Pride in London parades were sadly cancelled in 2020 and 2021 due to COVID, but here’s hoping it will go ahead in 2022!

The lives and rights of transgender people have sadly been under attack in recent years in the UK, with the BBC platforming untruthful studies and bigots, which makes celebrations of trans people all the more important. London Trans+ Pride has been running since 2019, and it is estimated that 7500 people attended the 2021 march. London Trans+ Pride 2022 has been confirmed, and if you want to support it, you can donate to their GoFundMe.

Brighton is often called the gay capital of the UK, so it’s only fitting that Brighton Pride shouldn’t be missed! Brighton Pride is a smorgasbord of events, including a parade, Pride Village party, dog show, and arts festival. Fabuloso in the Park is one of the highlights of Brighton Pride. This festival includes cabaret acts, dancing, and performances by world-famous music acts. Dua Lipa, Emeli Sandé, and Kylie Minogue are just a few acts that have graced the Fabuloso Stage in previous years. Tickets are already available for paid events like Fabuloso in the Park and Pride Village Party, so if you want to go to those events, be sure to order them soon.

The first Pride Cymru took place in 1999 and has been going strong ever since! Taking place in Cardiff, Pride Cymru is Wales’ biggest celebration of the diverse LGBT+ community and an unmissable event. Along with the pride parade, Pride Cymru also typically hosts live music, comedy and cabaret acts, a family funfair, and a film festival. Of course, in 2020 and 2021, Pride Cymru was an online event, but hopefully, it will be in person in 2022 – fingers crossed!

Northern Pride has been confirmed for 2022- hooray! This festival in Newcastle-upon-Tyne celebrates diversity and inclusivity in North-East England. The theme for 2022 Northern Pride is Remember, Resist, Rise Up and promises a packed itinerary of events. This will include the release of the Life in Lockdown documentary series, exhibition, and books as well as a conference on mental health, along with the parades and music that people have come to expect from Northern Pride.

UK Black Pride is a celebration that honours queer people of African, Asian, Caribbean, Latin American, and Middle Eastern backgrounds. It is the biggest event of its kind in Europe and has been running for over 15 years. During the COVID pandemic, UK Black Pride has held many virtual events instead of its usual parade. Be on the lookout for more news, as UK Black Pride is yet to make an announcement about their plans for 2022.

BFI Flare is one of the biggest LGBT+ film festivals in the UK, showing the newest worldwide feature and short films from queer cinema, as well as talks and Q&As with filmmakers. The films embrace a variety of genres and themes, from comedies to thrillers. Its 36th film festival has been confirmed for March 2022, with the full programme of films and events to be released on the 15th of February, so stay tuned!

Mighty Hoopla is a music festival that, while not exclusively queer, has diversity and freedom at its heart and champions upcoming and established LGBT+ musicians. With over 200 artists across 7 stages, you’re sure to have fun at Mighty Hoopla. As well as musicians, the festival also features comedy acts, cabaret, and drag artists. The 2022 lineup has been announced, including Sugababes, Steps, and Anastacia.

Are you looking forward to any LGBT+ events in 2022? Let us know by leaving a comment!