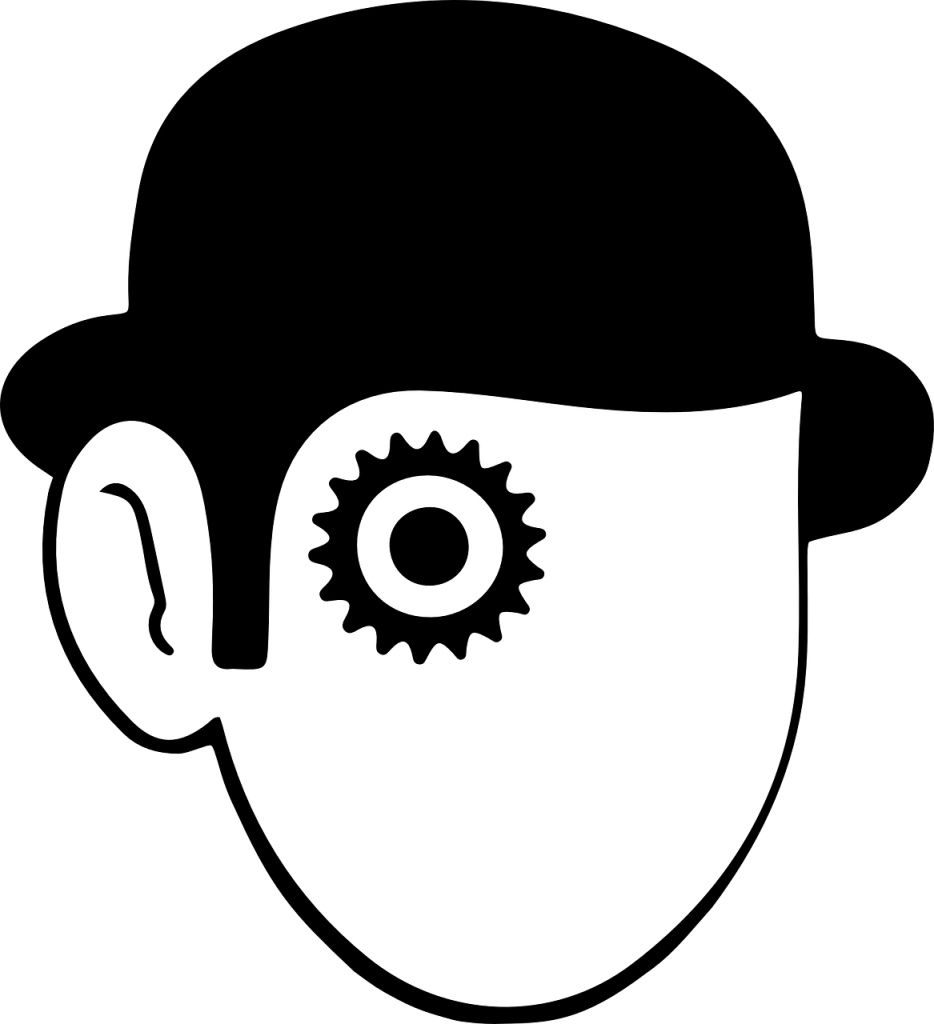 A Clockwork Orange is a dystopian crime film based on the 1962 novel by Anthony Burgess, and adapted, produced, and directed by Stanley Kubrick. December 19th 1971 marks the official release date of the film A Clockwork Orange (in New York, released January 13th 1972 in the UK), so I wanted to revisit the film 50 years later.

I’ve always loved Kubrick’s style of storytelling so I was excited to watch A Clockwork Orange, in hopes it would be of a similar style to my favourite Kubrick film, The Shining, and although a lot more graphic, A Clockwork Orange keeps close to the classic Kubrick style.

The film’s overriding theme is about redemption and the saving of the protagonist Alex from his sins. The first act starts with Alex and his gang (aka the ‘droogs’) terrorising the public for their own leisure, attacking a homeless man, breaking into homes, harassing and raping women. The turning point for Alex and his gang happens when they break into a woman’s home to steal her gold, and upon finding Alex, she phones the police; his gang bail and the injuries the woman endured from Alex’s attack end up killing her, and he gets sentenced to 14 years for accidental murder.

After around two years in prison, Alex has shown a lot of redemption and is offered a chance to leave prison early, however, he must go through a torture program first in order to eliminate him of his sins. The program works as intended, and Alex is released back into the world, leading us to the final act. Alex is kicked out of his home, his gang turn against him, and the man whose wife he raped poisons him. This act is where the idea of redemption starts to fall apart as Alex is constantly tortured by redemption itself. Throughout this film, it’s shown that Alex is a big fan of the arts, but he can no longer listen to his favourite musical piece without feeling sick, which drives him to attempt suicide.

The idea of control lands solely in Alex’s hands as he controls almost everything the audience sees: through story, cinematography, narration, and characters. The opening scene sets this idea in place as we see Alex staring into the camera and at the viewer while he narrates over himself and other characters as they enter the frame only after we see him, all looking away from the camera. Alex is centre frame for most of the first act, and the camera only really moves once it’s focused on him, moving the scene and story at his own pace. Many scenes involving other characters display them in compact, high-angle shots and cutting to Alex who’s shown from low angles and empty backgrounds, displaying his power over the other characters. Other characters are also displayed as objects or background pieces shown as accessories to Alex.

As mentioned previously, Alex is a big fan of the arts, more specifically classical music, and many scenes show the control he has over the film’s music. Many scenes play music that only starts once he’s entered the frame, or the tempo will only hit at the same time he moves. It’s a really interesting technique that worked brilliantly in keeping the audience glued to Alex and his actions. However, once he goes through the torture program in prison he becomes physically sick of music. The film doesn’t use any background music after this point, proving that although he’s severely mentally damaged from the program, he still holds power over what the audience is allowed to hear. Alex is stuck in fantasy and even says himself, “it’s funny how the colours of the real world only seem really real when you video them on-screen,” his imagination has taken over what his real life is. I feel this is directed towards the audience watching the film, to question them on whether they think what they’ve seen Alex do is his own fabricated fantasy or if it’s truly what’s happened; does Alex have control or do they?

The overall atmosphere of this film is very uncomfortable, and the mise-en-scene reflects this perfectly. It’s never stated where or when this film takes place, and it can only be assumed that it happens in England due to their accents. However, Alex’s northern accent is so jarring to hear compared to his gang’s southern accents that the exact place still cannot be answered. The outside world is dull and grey, whereas Alex’s home is brightly coloured with funky patterns, a complete contrast that keeps the viewer guessing. Alex’s home isn’t particularly good or bad but neither is the outside world, so there’s no real answer to why there’s such an indifference, which is what makes the eeriness of the film so prominent yet fitting. There’s an overwhelming sense of unknowing throughout, which I feel reflects back onto Alex’s personality, it’s never certain what his next actions are or how they’ll affect the story.

I’ve heard many mixed reviews of this film, and I do feel they’re justified, with some saying it’s too violent and gory, others saying it’s too boring and confusing. However, I did really like this film, and I feel the way the novel was developed into the film worked excellently, as it was able to keep true to the original whilst also adding its own spark. I highly recommend it, especially if you’re a film junkie like me and love a dystopian classic!